Birge Wins Knockout Round at REDCREST 2021 Presented by Old Wisconsin Sausage, Advances to Friday’s Championship Round on Lake Eufaula 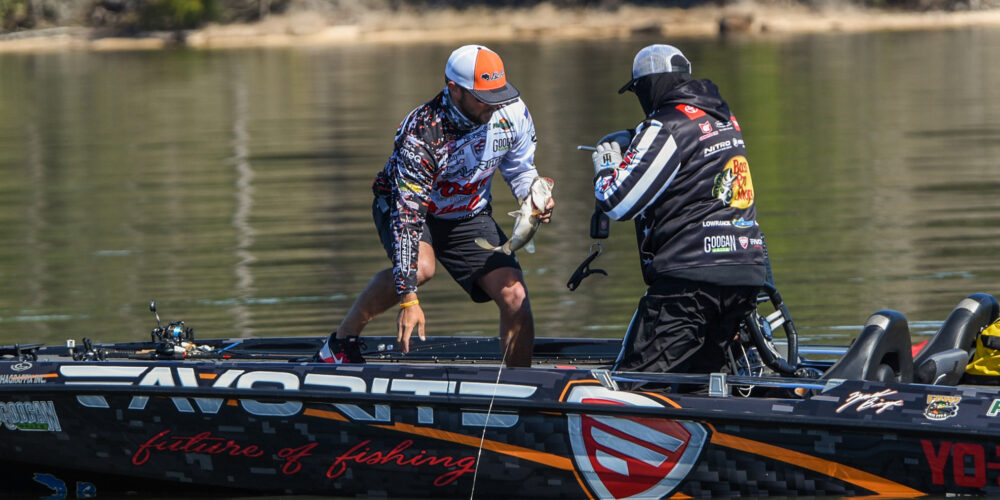 EUFAULA, Ala. – Pro Zack Birge of Blanchard, Oklahoma, weighed in eight bass totaling 25 pounds, 14 ounces Wednesday to win the Knockout Round (Group A) on Day 3 at REDCREST 2021, the Bass Pro Tour championship at Lake Eufaula in Eufaula, Alabama. The five-day competition features a field of 40 of the best anglers in the world from the Major League Fishing (MLF) Bass Pro Tour competing for a top cash prize of $300,000.

The full field of anglers competed in the two-day Qualifying Round on Days 1 (Monday) and 2 (Tuesday) of the event. The field was cut to just the top 20 based on two-day total cumulative weight. The remaining 20 anglers were split into two groups for the Knockout Round – 10 (Group A) competed on Day 3 (Wednesday) and 10 (Group B) will compete on Day 4 (Thursday). The top five anglers from each group based on total single-day weight will advance to the Championship Round, the fifth and final day of competition (Friday) where weights are zeroed and the angler that catches the highest total weight on the final day will be crowned the REDCREST 2021 champion.

Birge said that every fish that he has caught so far this week – minus the very last fish of the day today – has come on a white Omega Genesis TI spinnerbait.

“I’ve been doing pretty much the same thing all week, throwing a spinnerbait around brush,” Birge said. “Overall, today went pretty good for me. I caught more today than either of the two previous days, even though the fishing was tougher overall. I ran around and fished brush, pretty much all over the bottom quarter of the lake.

The top five pros that made the cut and will advance to Championship Friday on Lake Eufaula are:

The five pros eliminated from competition Wednesday are:

Overall, there were 31 bass weighing 101 pounds, 4 ounces caught by nine pros on Wednesday

VanDam won Wednesday’s $1,000 Berkley Big Bass Award with a 5-pound, 6-ounce largemouth that he weighed in during Period 1. Berkley will award $1,000 to the angler that weighs the biggest bass each day, and a $7,000 bonus to the angler who weighs the largest bass of the tournament.

The 10 anglers that will compete in the Group B Knockout Round on Thursday are:

Television coverage of REDCREST 2021 presented by Old Wisconsin Sausage, the Bass Pro Tour championship, will be showcased across two two-hour episodes, premiering at 7 a.m. ET, July 3 on the Discovery Channel. A one-hour special episode of MLF Inside the REDCREST will premiere at 2 p.m. ET, Sunday, July 18 on CBS. New MLF episodes premiere each Saturday morning on the Discovery Channel, with additional re-airings on the Outdoor Channel and the Sportsman Channel. Each two-hour long reality-based episode goes in-depth to break down each day of competition.