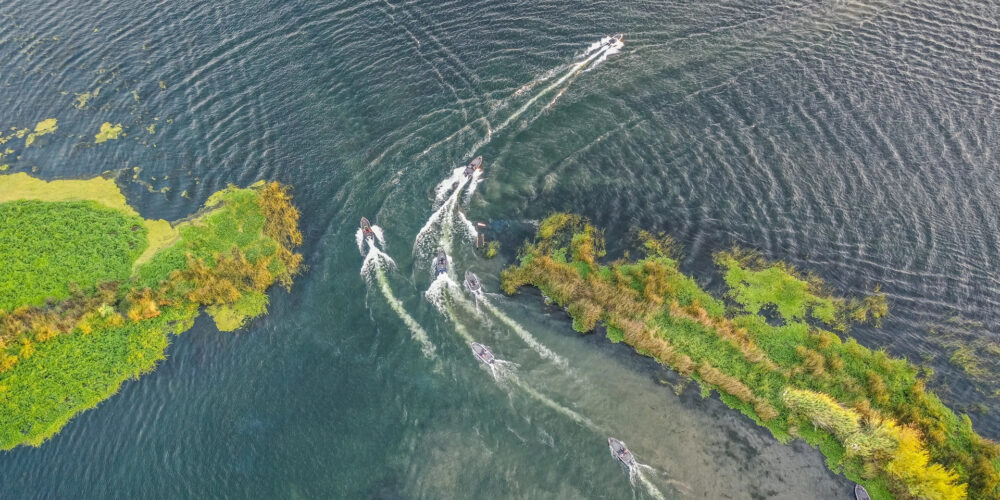 OAKLEY, Calif. – The Toyota Series Presented by A.R.E. Western Division will continue its season next week, Aug. 3-5, in Oakley, California with the Toyota Series Presented by A.R.E. at the California Delta. The three-day tournament will feature the region’s best bass-fishing pros and Strike King co-anglers casting for a top prize of up to $65,000, plus an additional $35,000 bonus if the winner is a qualified Phoenix Boat owner.

“The California Delta is fishing really good right now,” said Bass Pro Tour pro Ish Monroe of Oakdale, California. “The weather is supposed to be beautiful and warm next weekend, which creates a good bite.”

Monroe said he expects the tournament to feature a topwater and punch bite.

“There will still be a few guys catching some on spinnerbaits and crankbaits, but the anglers who win will most likely be throwing frogs and punching,” said Monroe. “I don’t expect to see a certain depth making a difference on this fishery, but guys definitely need to be looking for good grass to fish throughout the tournament.”

Monroe said local Wednesday night tournaments are taking 27 to 28 pounds to win – and those are just five-hour tournaments.

“I anticipate it will take an average of 18 pounds per day to get into the Top 10,” continued Monroe. “Anglers will probably need a bag in the mid-20-pound range one of the three days and an average of 20 pounds for the other two days to bring home the win.”

Anglers will take off daily at 6 a.m. PT from the Big Break Marina in Oakley. Weigh-ins will also be held at the marina and will begin at noon. Fans are welcome to attend the event or follow the action online through the “MLF Live” weigh-in broadcasts and daily coverage at MajorLeagueFishing.com.

The 2021 Toyota Series Presented by A.R.E. consists of six divisions – Central, Northern, Plains, Southern, Southwestern and Western – each holding three regular-season events, along with the International division. Anglers who fish all three qualifiers in any of the eight divisions and finish in the top 25 will qualify for the no-entry-fee Toyota Series Presented by A.R.E. Championship for a shot at winning $235,000 cash, including a $35,000 Phoenix MLF BIG5 Bonus for qualified anglers. The winning Strike King co-angler at the championship earns a new Phoenix 518 Pro bass boat with a 115-horsepower Mercury outboard. The 2021 Toyota Series Championship Presented by A.R.E. will be held Oct. 28-30 on Pickwick Lake in Counce, Tennessee, and is hosted by the Hardin County Convention and Visitors Bureau.