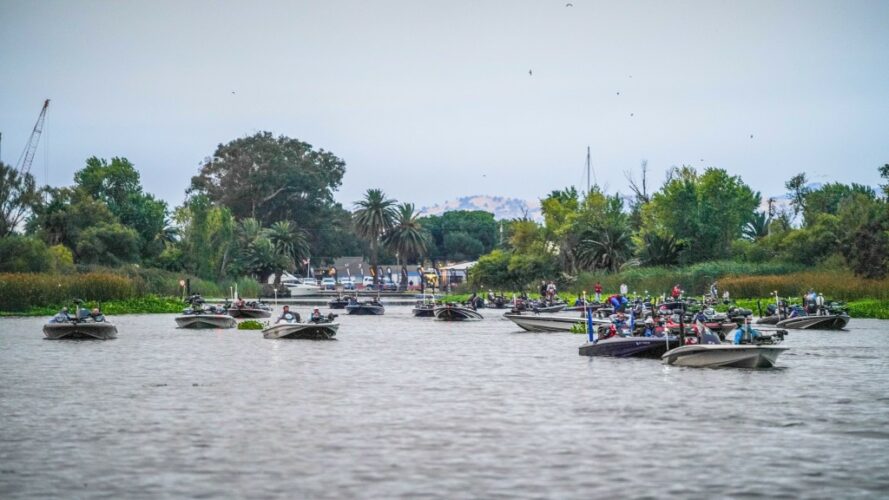 OAKLEY, Calif. – The Toyota Series Presented by A.R.E. Western Division will kick off its 2021 season with a tournament this week in Oakley, California, May 13-15, with the Toyota Series Presented by A.R.E. at the California Delta. Hosted by the City of Oakley, the three-day tournament will feature the region’s best bass-fishing pros and Strike King co-anglers casting for a top prize of up to $65,000, plus an additional $35,000 bonus if the winner is a qualified Phoenix Boat owner.

With two top-10 finishes in Major League Fishing (MLF) competition on the Delta, Toyota Series angler Kyle Grover of Rancho Santa Margarita, California isn’t a local, but he stays in tune with the fishery.

“It’s like a giant golf course pond – it’s massive and everything looks good,” said Grover. “I’ve been fishing there for eight years now, and I’ve never caught ‘em in the same place twice. It’s always different, every single time – there’s always fish in the lakes, but it changes every year.”

With the tournament being in May, Grover said he expects most of the fish to be done spawning and in postspawn and summer patterns.

“It’s gonna be a mixture of everything for sure,” said Grover. “There hasn’t been a whole lot of rain this year, and we’ve got the full moon going on right now. So, you’re still going to have some spawners, but I think more postspawn. More than likely there was a major flood of fish spawning there last week, so it will be more postspawn, and probably a lot of fish in the main areas of the Delta and places near the main current. They spawn early in the backend sloughs and stuff – now they’ll be closer to more water movement.”

Given the tournament should lean toward a postspawn event, Grover said he thinks a lot of the staple patterns will come into play.

“The same old Delta stuff will be the deal,” said Grover. “Topwater will be a big deal – there will be multiple guys in the top 10 throwing frogs and punching. There’s typically always going to be one or two guys finesse  fishing as well.”

Regardless of the patterns, Grover said he believes it will be a good event.

“It’ll take 18 to 20 pounds a day to make the cut, somewhere in that 38-pound range for two days,” said Grover. “I bet someone will crack a big bag one day at least and follow it up with some 20-pound days to win. This time of year, you’re definitely going to see some mid- to upper-20-pound bags. It’s going to be a really good tournament and some good fishing for sure.”

Grover said flipping and punching baits are a must on the fishery this time of year, as are crankbaits, vibrating jigs and topwaters like a River2Sea Whopper Plopper or a buzzbait.

“I always like to have a lot of margarita mutilator Roboworm Straight Tail Worms in my boat, fishing in the lakes around where they’ve been spawning,” said Grover. “Then, a Snag Proof frog to get better quality bites, and a Paycheck Baits punch skirt with a Reaction Innovations Sweet Beaver to flip.”

Anglers will take off daily at 6 a.m. PT from Big Break Marina in Oakley. Weigh-ins will also be held at the marina and will begin at 2 p.m. daily. Attendance is limited to competing anglers and essential staff only. Fans are encouraged to follow the event online through the “MLF Live” weigh-in broadcasts and daily coverage at MajorLeagueFishing.com.