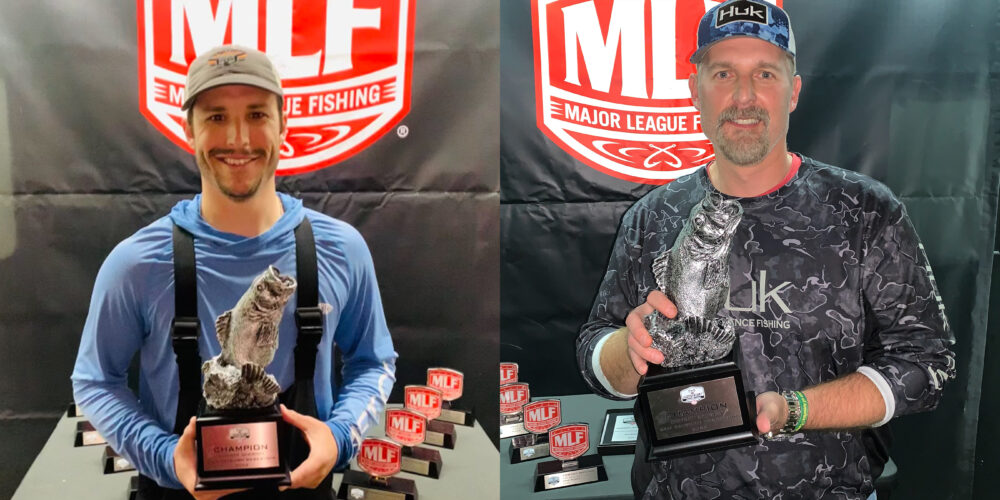 “The lake is fishing tough right now, and I knew the wind was going to be kicking, so I just tried to make the right decisions,” Casteel said. “It was tough.”

The win was Casteel’s first entry as a boater – his only previous Major League Fishing BFL event was as a Strike King co-angler. Casteel said he relied on a drop-shot rig tipped with a watermelon red Zoom Finesse Worm during the tournament to bag his limit.

“I caught my kicker fish on my fourth or fifth cast of the day,” Casteel said. “The only pressure I felt after that was that I didn’t want to catch just one big fish.”

Casteel said he boated 30 to 40 fish during the course of the day.

“The only time it kind of slowed up was when a storm blew through and it was tough to get bit,” Casteel said. “But as soon as that started calming down, they started biting again.”

Elliott caught 7-pound, 12-ounce largemouth that was the heaviest of the event in the Boater Division and earned the day’s Berkley Big Bass Boater award of $1,000.

Singleton caught the largest bass in the Co-angler Division, a fish weighing in at 8 pounds, 14 ounces. The catch earned him the day’s Berkley Big Bass Co-angler award of $500.

The 2022 Phoenix Bass Fishing League Presented by T-H Marine is a 24-division circuit devoted to weekend anglers, with 128 tournaments throughout the season, five qualifying events in each division. The top 45 boaters and Strike King co-anglers from each division, along with the five winners of the qualifying events, will advance to one of six Regional Championships where they are competing to finish in the top six, which then qualifies them for one of the longest-running championships in all of competitive bass fishing – the Phoenix Bass Fishing League All-American. The 2022 All-American will be held June 2-4 at Lake Hamilton in Hot Springs, Arkansas, and is hosted by the Arkansas Department of Parks and Tourism and Visit Hot Springs.