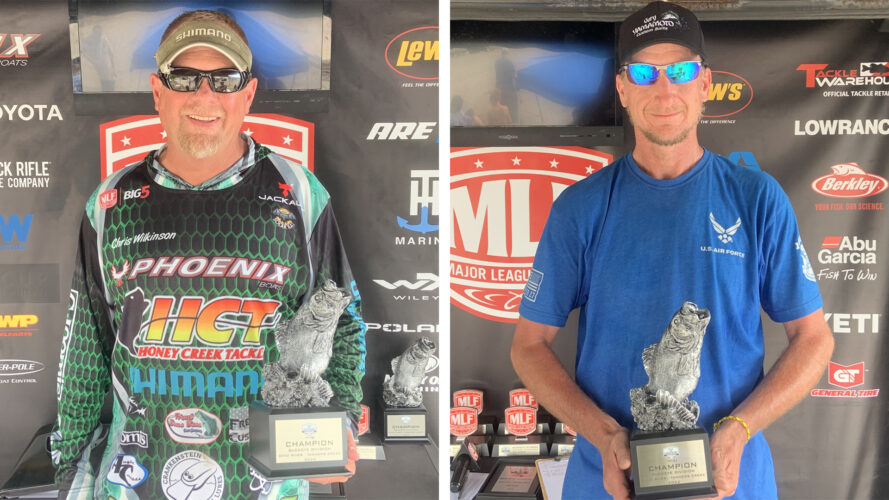 “We started off with a bit of a fog delay and got off a bit later than we wanted to, but I went to an area where I felt like it had some better fish that I could catch,” said Wilkinson, who now has seven career Phoenix BFL wins.

Wilkinson said he focused on creeks with current breaks that featured rock and wood. A buzzbait accounted for his fish early in the day before the sun was directly overhead.

“Later on in the day I caught two of my better fish on a Honey Creek Tackle tube,” Wilkinson said. “I caught eight keepers during the day.

“Every win is special,” Wilkinson said. “I’ve been lucky enough to win seven, and you never know when one is going to be your last.”

Wrobleski caught a fish that weighing 4 pounds, 11 ounces that – the heaviest of the event in the Boater Division – earning him the day’s Berkley Big Bass Boater award of $745.

Smith also caught the largest bass in the Co-angler Division, a fish weighing in at 3 pounds, 9 ounces. The catch earned him the day’s Berkley Big Bass Co-angler award of $372.