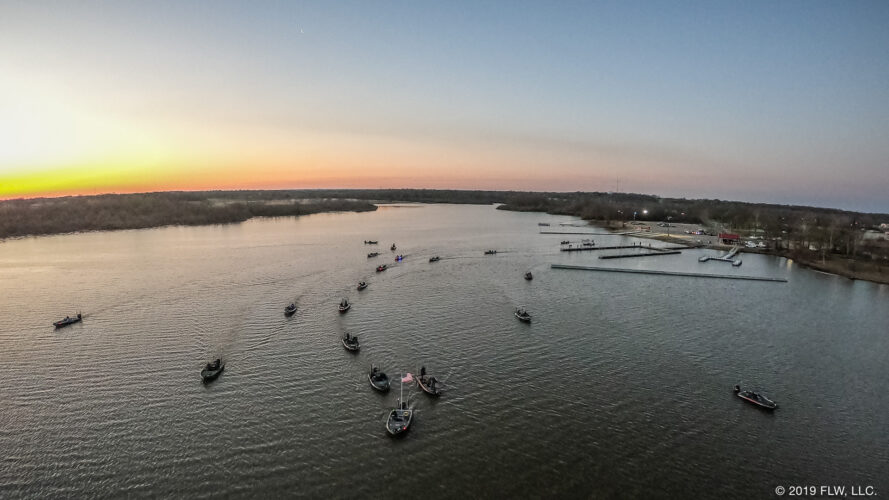 GROVE, Okla. – The Major League Fishing (MLF) Toyota Series presented by A.R.E. Plains Division will continue its 2021 season with a tournament this week in Grove, Oklahoma, April 8-10, with the Toyota Series presented by A.R.E. at Grand Lake presented by Fenwick. Hosted by the City of Grove, the three-day tournament will feature the region’s best bass-fishing pros and Strike King co-anglers casting for a top prize of up to $65,000, plus an additional $35,000 bonus if the winner is a qualified Phoenix Boat owner.

“Grand Lake is an awesome part of the country to be in,” said MLF pro James Elam of Tulsa, Oklahoma, who has three career wins – one on Grand Lake . “It’s a good place to learn and a fun place to fish a bass tournament.

“The best thing about Grand Lake is that it fishes really well across the entire fishery, compared to a lot of places I’ve fished around the country. Tournaments can be won in several different ways, all over the lake.”

Elam said Grand is a pattern lake, so if anglers can get on the fish and find certain baits to catch them, they can duplicate that in a lot of different areas on the fishery.

“The fish seem to be fat and healthy right now – any time a lake freezes over like Grand did in February, it usually kills the shad, which makes for a fat, happy bass, because they feed really well. A harsh winter typically pushes the spawn back a little further than it would normally be, but that also makes it a better spawn because all the bass come up at once.”

Elam said he anticipates bass will be moving up to spawn over the next week or so and predicts an average of 19 pounds per day will get anglers in the top three for the tournament.

“Where fish are spawning, I expect to see guys sight-fishing, throwing a wacky rig and topwater baits,” said Elam. “Areas of the lake where fish are still in pre-spawn patterns, we’ll probably see more of a jig, crankbait and spinnerbait bite.”

Anglers will take off daily at 7 a.m. CT from Wolf Creek Park in Grove. Weigh-ins will also be held at the park and will begin at 3 p.m. Attendance is limited to competing anglers and essential staff only. Fans are encouraged to follow the event online through the “MLF Live” weigh-in broadcasts and daily coverage at MajorLeagueFishing.com.