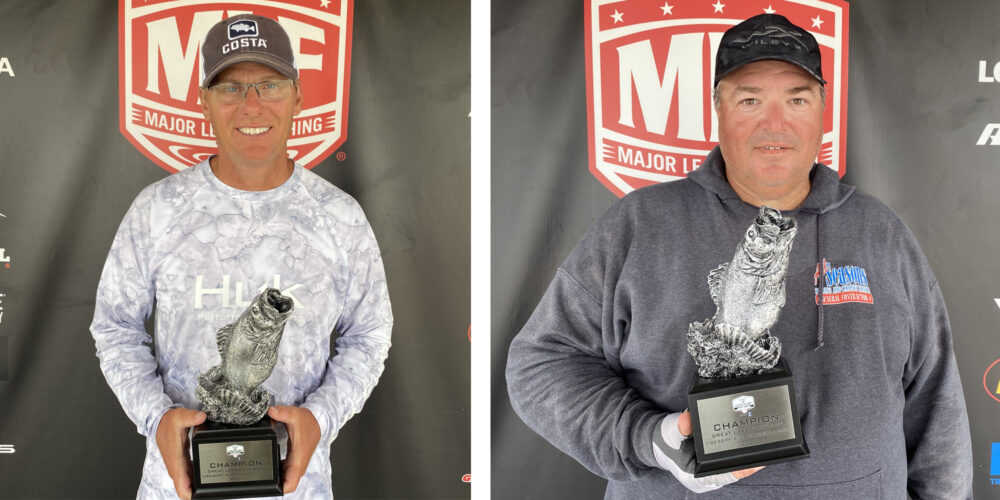 Feldermann said he stayed committed to the stretch he had run to and made a couple more passes that resulted in a 17-inch keeper before he made the long run back to the Washington Street Ramp for weigh-in. He said all four of his fish, including a short 15-inch bass, came on a black and yellow SPRO Frog.

“This win feels great,” said Feldermann, who now has 11 career BFL wins to his credit. “I’ve been fishing these tournaments for about 30 years, so when you get a little older you appreciate them more. BFLs are a tough tournament to win, but like I say, ‘You’re not going to win if you’re not there.’”

Feldermann’s 5-pound, 2-ounce largemouth was the heaviest of the event in the Boater Division and earned the day’s Berkley Big Bass Boater award of $460.

Remian caught the largest bass in the Co-angler Division, a fish weighing in at 4 pounds, 8 ounces. The catch earned him the day’s Berkley Big Bass Co-angler award of $230.