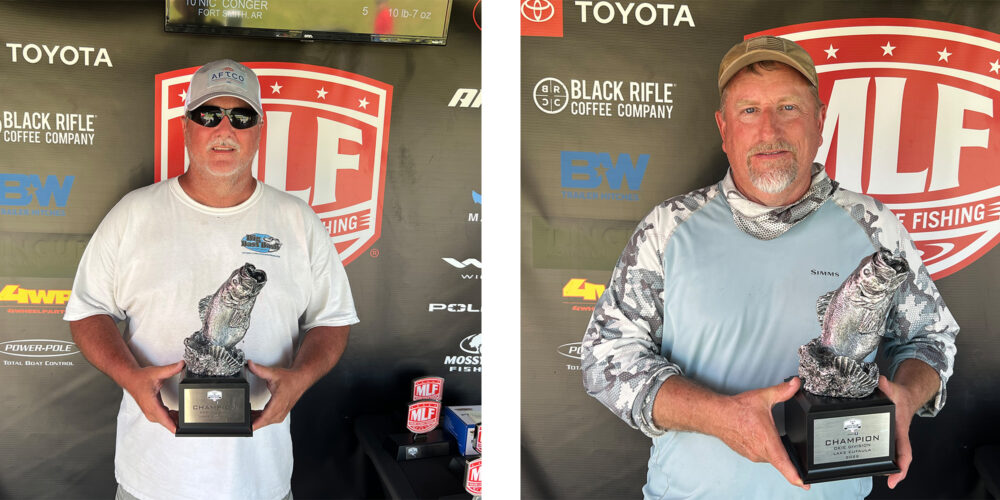 EUFAULA, Okla. – Boater Darren Hahne of Ottawa, Illinois, caught five bass Saturday weighing 16 pounds, 12 ounces, to win the Phoenix Bass Fishing League Presented by T-H Marine on Lake Eufaula presented by Flamingo Fish and Marine. The tournament was the second event of the season for the Phoenix Bass Fishing League Okie Division, and the first of a tournament double-header weekend as another event took place on Sunday. Hahne earned $4,698 for his victory.

“It was real tough fishing,” Hahne said. “I found a couple of spots on some points back near Porum Landing, and I caught them there on a spinnerbait and a jig. I caught probably 15 bass in all, six or seven keepers, and lost a couple of good ones.”

Hahne said his baits of choice were a white Terminator Spinnerbait and a brown jig, and he targeted buck bushes in 6 to 8 feet of water. Hahne said his familiarity with Lake Eufaula paid off during the tournament.

“It’s about time I won here,” Hahne said. “I’ve finished second on Eufaula twice, and I’m just glad to get this one. It’s my home lake, even though I live in Illinois and have been gone for 25 years. I was raised on that lake as a kid. So it felt good to finally get the win.”

Teply had a largemouth that weighed 6 pounds, 14 ounces that was the heaviest of the event in the Boater Division and earned the day’s Berkley Big Bass Boater award of $645.

Thad Hewitt of Delaware, Oklahoma, caught the largest bass in the Co-angler Division, a fish weighing in at 3 pounds, 15 ounces. The catch earned him the day’s Berkley Big Bass Co-angler award of $322.