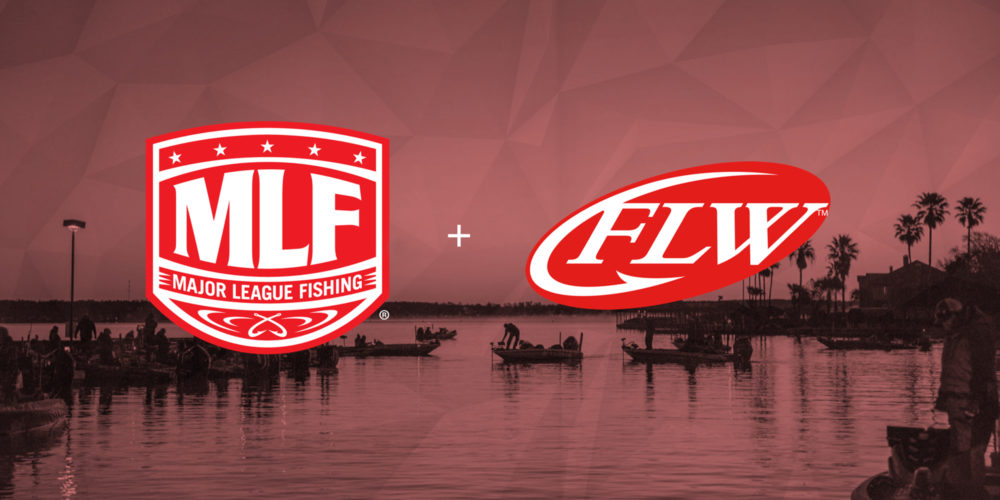 UPDATE: November 8, 2019 (Tulsa, Okla.) – Major League Fishing (MLF) announced today that the acquisition of Fishing League Worldwide (FLW) has closed. This agreement brings together the league behind the no-entry-fee Bass Pro Tour and the largest grassroots organization in the world. MLFLW, LLC (the newly created entity that purchased the assets of FLW) is owned 100 percent by Major League Fishing, which in turn is owned 50 percent by The Outdoor Channel, Inc., and 50 percent by Pro Bass Tour (PBT).

MLF previously announced an expanded 2020 schedule for the FLW Series and Bass Fishing League (BFL), including reduced entry fees for both. The FLW Pro Circuit (formerly FLW Tour) will include expanded digital and linear television coverage throughout the 2020 season as a result of this acquisition, as well as offer anglers a path to the Bass Pro Tour.

For additional details about this acquisition, visit MajorLeagueFishing.com and FLWFishing.com.

October 10, 2019, 5:00 A.M. EST (Tulsa, Okla.) – Major League Fishing (MLF) announced today that it has reached an agreement to acquire Fishing League Worldwide (FLW), the world’s largest tournament-fishing organization. The Letter of Intent (LOI) sets in motion the most significant brand merger in competitive bass fishing history, linking a tour and original, award-winning programming featuring the top professional anglers in the world to an extensive grassroots organization that serves tens of thousands of competitive anglers from high school and college to weekenders and tour pros.

“Our business plan always included reaching all levels of grassroots fishing,” said Boyd Duckett, MLF co-founder and President of the Professional Bass Tour Anglers’ Association (PBTAA). “FLW does it best with the Tour and grassroots tournaments; their reputation in competitive bass fishing is remarkable and their culture has always been pro-angler, which makes this the perfect opportunity for both organizations. We couldn’t be more excited about FLW: their team, anglers, and sponsors.”

Established in 2011, MLF began as a television product and has grown into a sports league with the launch of the Bass Pro Tour in January of 2019. MLF is a partnership between the PBTAA and Outdoor Sportsman Group (OSG), a division of Kroenke Sports & Entertainment.

“As MLF continues to grow, we’re committed to finding the right opportunities to extend the Outdoor Sportsman Group properties,” Outdoor Sportsman Group President and CEO, Jim Liberatore said. “Through this acquisition, MLF can leverage our extensive media reach and award-winning content production to promote competitive bass fishing at all levels.”

For more information about this acquisition, visit MajorLeagueFishing.com/FLW

FLW is the world’s largest tournament-fishing organization, providing anglers of all skill levels the opportunity to compete in more than 290 bass-fishing tournaments across five circuits. Headquartered in Benton, Kentucky, FLW and their partners offer a High School Fishing and College Fishing Series, the Bass Fishing League (BFL) series for grassroots anglers, the Costa FLW Series for aspiring professionals and the FLW Tour, which showcases some of the top anglers in the world. For more information visit FLWFishing.com and follow FLW on YouTube, Facebook, and Instagram.

Founded in 2011, Major League Fishing (MLF) brings the high-intensity sport of competitive bass fishing into America’s living rooms on Outdoor Channel, Discovery, CBS, CBS Sports Network, World Fishing Network, Sportsman Channel and on-demand on MyOutdoorTV (MOTV). New for 2019, the Bass Pro Tour consists of eight events and a championship streamed live on MajorLeagueFishing.com and MOTV. MLF uses the entertaining and conservation-friendly catch, weigh and immediate-release format where every scorable bass counts and the winner is the angler with the highest cumulative weight.