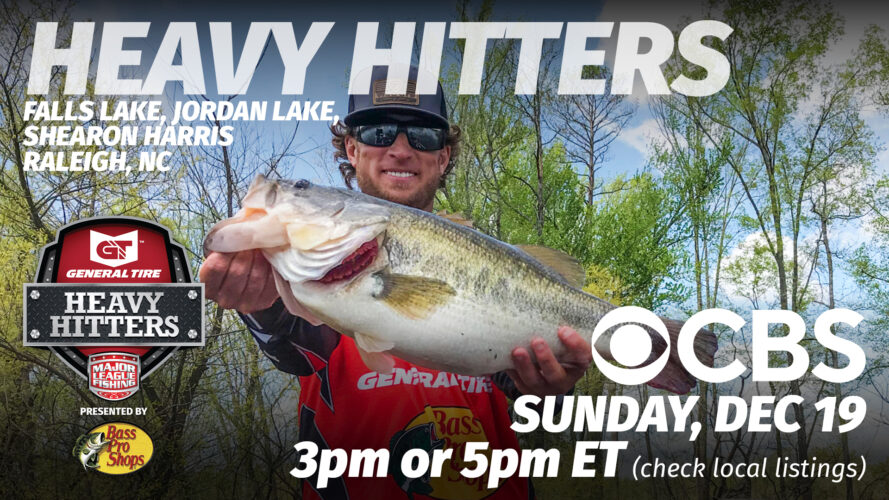 WHAT: The Major League Fishing (MLF) 2021 General Tire Heavy Hitters Event Presented by Bass Pro Shops will premiere nationwide Sunday afternoon on CBS and stream live on Paramount+. The All-Star event, shot over six days in Raleigh, North Carolina, showcases 40 MLF anglers competing for more than $535,000, with a top prize of $100,000 going to the winner of the event, and Big Bass Bonuses during the competition with payouts of $25,000, $50,000 and $100,000 being awarded for the single biggest fish in the Qualifying, Knockout and Championship rounds.

To qualify for the MLF 2021 General Tire Heavy Hitters Event Presented by Bass Pro Shops, the weight of an angler’s single-largest bass from each of the five 2020 Bass Pro Tour events was recorded. The 40 anglers with the heaviest big-fish totals from those five events qualified to compete in this event.

The event was hosted by the Greater Raleigh Sports Alliance.