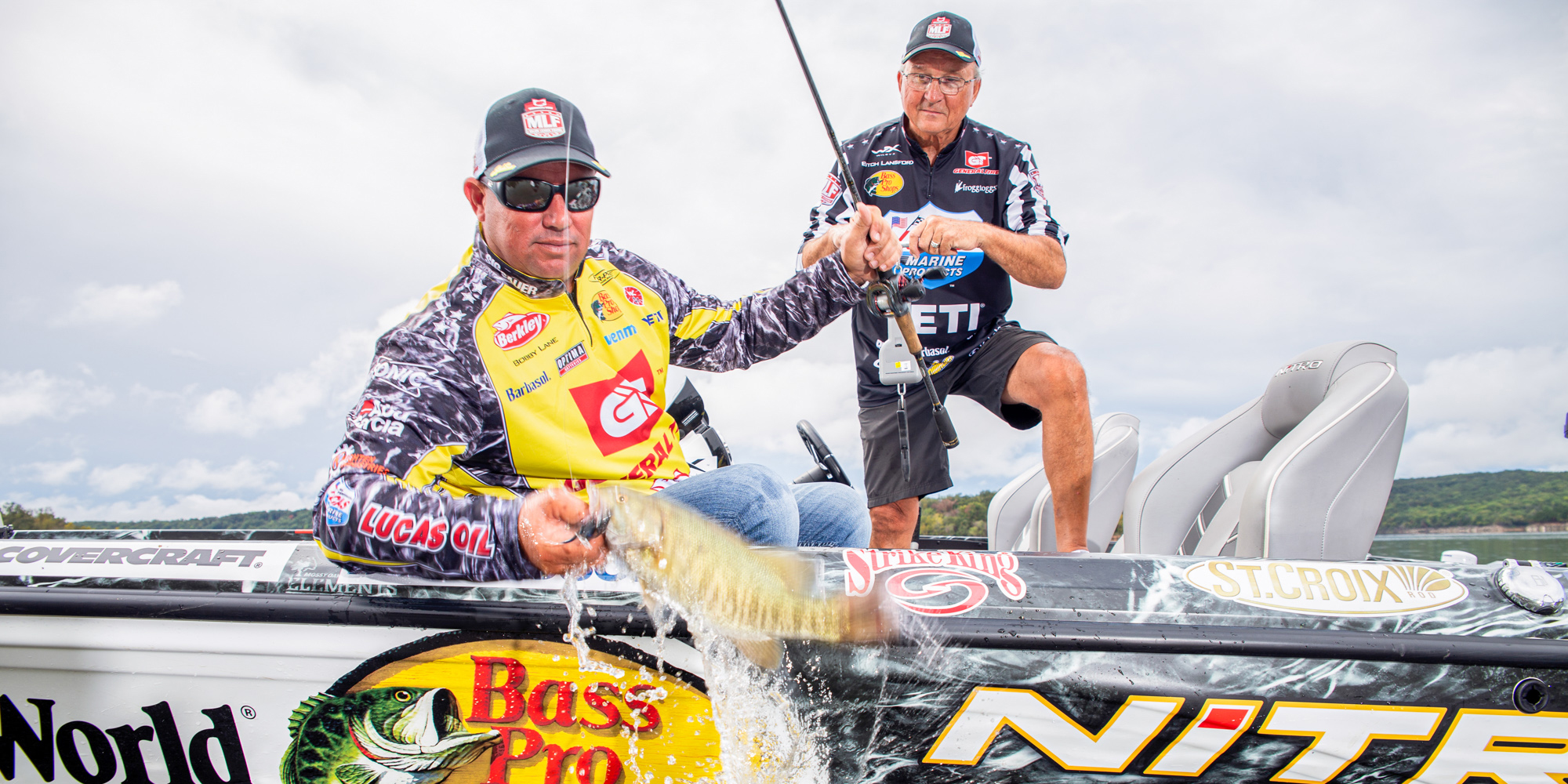 The 2020 Sqwincher Patriot Cup Presented by Venmo premieres this Saturday, April 4 on the Outdoor Channel at 2 p.m. ET with Elimination Round 1. Photo by Phoenix Moore

April 2, 2020 (TULSA, Okla.) Major League Fishing (MLF) premieres the Sqwincher Patriot Cup Presented by Venmo this Saturday, April 4, 2020 on Outdoor Channel. The 2020 Patriot Cup was filmed in October 2019 on Fort Gibson Lake in Muskogee, Oklahoma and will air as an original series on Outdoor Channel every Saturday (April 4 – May 9) at 2 p.m. ET. Each episode is re-aired on Outdoor Channel and available on-demand to MyOutdoorTV subscribers.

Major League Fishing Bass Pro Tour features eight stages. The top 30 anglers at the end of each two stages of the Bass Pro Tour qualify to compete in a Cup. There are four Cup events: Challenge Cup, Heritage Cup, Patriot Cup, and Summit Cup. MLF Cup events are filmed “in the dark” and the results are revealed in the series on Outdoor Channel. MLF Cup events have been the No. 1 program on Outdoor Channel for the last four years.

“It’s not easy to make one of these events, I know going into it that it’s going to be a grind,” said 28-year-old MLF pro Jordan Lee, who has earned over $1.5 million in career winnings in his short tenure.

The 2020 MLF Sqwincher Patriot Cup field featured the top 30 Pros from the 2019 Bass Pro Tour Stages Five and Six, listed here. The field of 30 is divided into three groups of 10 for the Elimination Round. The Top 6 from each Elimination grouping (18 total) advance to the Sudden Death Round (two groups of nine anglers). The Top 4 from each Sudden Death grouping advance to the Championship Round. Saturday’s premiere episode features the following 10 MLF pros: Zack Birge, Brent Ehrler, Gerald Swindle, Luke Clausen, Jordan Lee, Stephen Browning, Jesse Wiggins, Greg Vinson, Dustin Connell and Todd Faircloth.

MLF tournaments feature a catch-weigh-immediately release format where every fish over a variable minimum weight counts toward a cumulative day’s total. The anglers compete in three, 150-minute periods and have an official on their boat to weigh their fish and ensure they’re following tournament rules. The result is a fast-paced, high energy sport for competitive bass fishing as if basketball, hockey and fishing combine.

For a complete listing of the MLF television schedule, visit MajorLeagueFishing.com/tv-schedule.