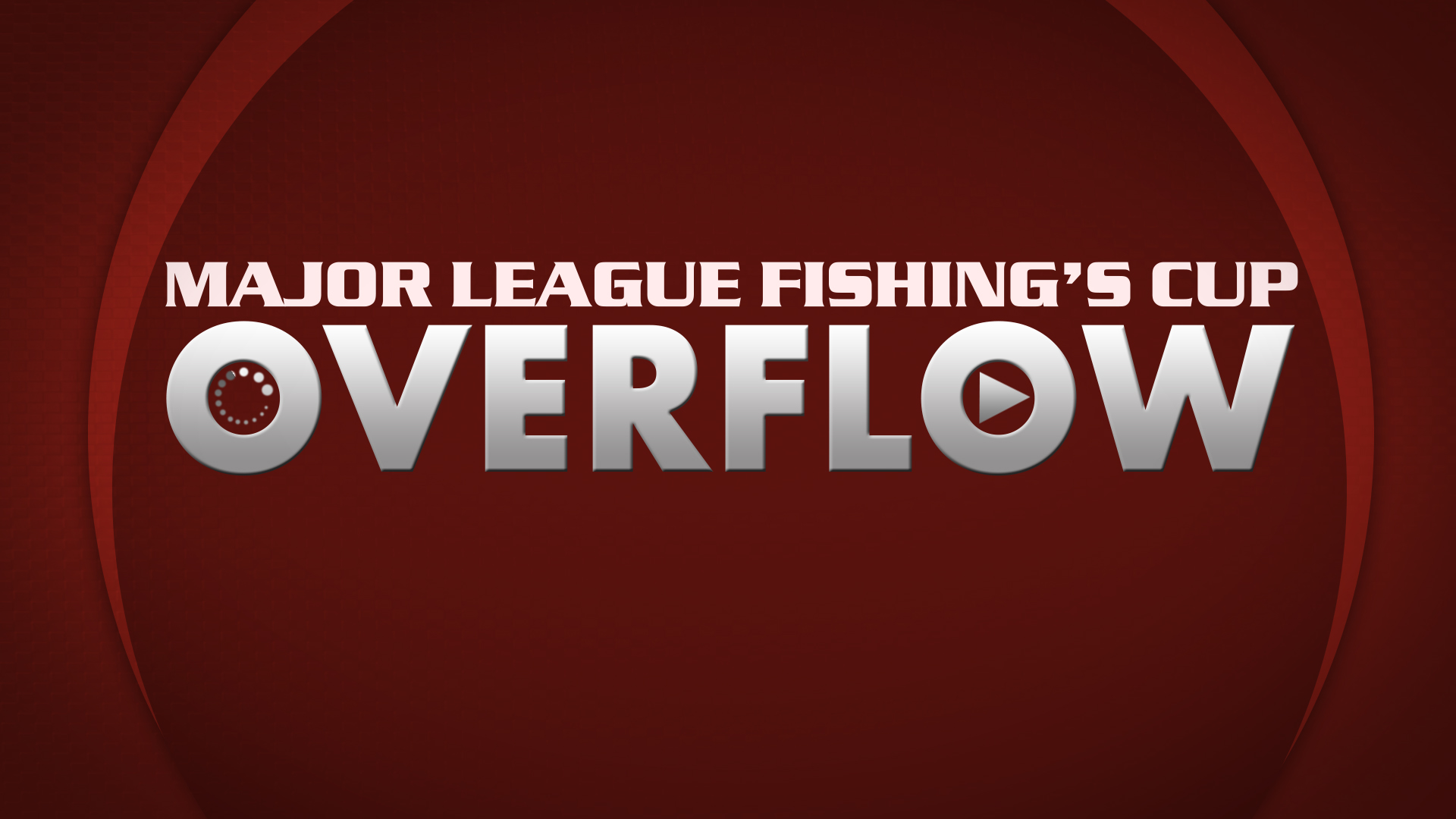 April 22, 2020 (Tulsa, Okla.) Major League Fishing (MLF) announced today the premiere episode of Major League Fishing’s Cup Overflow is now available for viewing at MajorLeagueFishing.com. MLF Cup Overflow features pro anglers that compete in the MLF Cup events together in a watch party, viewing the episode for the first time and allowing fishing fans to watch the show right alongside the competitors.

New episodes of Cup Overflow will premiere each Wednesday afternoon, in conjunction with the latest television broadcasts of the MLF Cup events. Episode No. 1 features pros Brent Chapman, Ott DeFoe and Wesley Strader breaking down Elimination Round 3 of the Sqwincher Patriot Cup Presented by Venmo from Muskogee, Oklahoma, which premiered on the Outdoor Channel on Saturday, April 18.

“It was a lot of fun to be a part of the first episode of Major League Fishing’s Cup Overflow. The show gives fans complete access to what is going through our heads as we relive our time on the water,” said Chapman, winner of the Patriot Cup Elimination Round 3. “They get to hear it all – the jokes, the questions, and the true breakdowns that happen as we watch the episodes for the very first time, together.”

The premiere and future episodes of Major League Fishing’s Cup Overflow can be found at MajorLeagueFishing.com/videos/overflow.

The Sqwincher Patriot Cup Presented by Venmo continues with Sudden Death Round 1 on Saturday, April 25 at 2 p.m. EST on the Outdoor Channel. Nine anglers will race to be one of the first four pros to reach the Target Weight for the right to advance on to the Championship Round.

For a complete listing of the MLF television schedule, visit MajorLeagueFishing.com/tv-schedule.