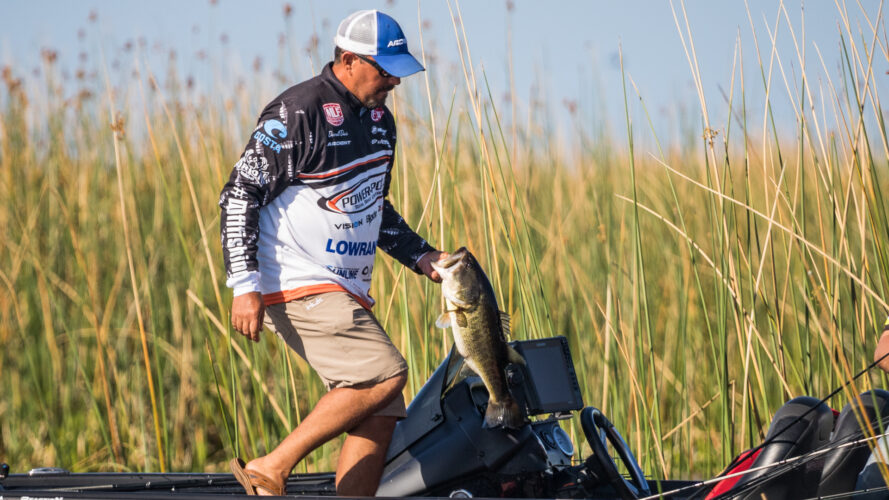 CLEWISTON, Fla. – The Major League Fishing Toyota Series Presented by A.R.E. is set to open the season at Lake Okeechobee next week, Feb. 3-5, with the Toyota Series Presented by A.R.E. at Lake Okeechobee . Hosted by the Hendry County Tourism Development Council, the three-day tournament will feature the region’s best bass-fishing pros and Strike King co-anglers casting for a top prize of up to $100,000 in the pro division and a new Phoenix 518 pro boat with a 115-horsepower Mercury outboard motor in the co-angler division.

“The water is extremely high – it has been for the last six months or so,” said Power-Pole pro Darrell Davis of Dover, Florida, who has three Top-10 finishes on Lake Okeechobee in Toyota Series competition. “The fish are pretty scattered, and the high water has definitely opened up quite a few new areas.

“With so much water, I don’t expect people to be fishing right on top of each other,” Davis continued. “Guys are going to be able to spread out and find productive areas of water that they will have all to themselves. The weather, as always, is going to play a huge role in this tournament. We’ve got a cold front in the forecast before the tournament and that could tighten things up.”

Davis said that he expects, “typical Florida-stuff” to be the main baits of choice – ChatterBaits, lipless crankbaits and Yamamoto Senkos will all be in the regular rotation of baits used by tournament anglers.

“The key is going to be spending the time to locate the fish, then once you find them really slowing down and milking through your area,” Davis went on to say. “I think the weights are going to be very similar to when the Toyota Series was on Lake Okeechobee in 2020 – I predict the winner is going to need at least 53 pounds over the three days.”

Anglers will take off daily at 7 a.m. ET from Roland & Mary Ann Martin’s Marina & Resort in Clewiston. Weigh-ins will also be held at Marina and will begin at 3 p.m. Fans are welcome to attend and encouraged to follow the event online through the “MLF Live” weigh-in broadcasts and daily coverage at MajorLeagueFishing.com.