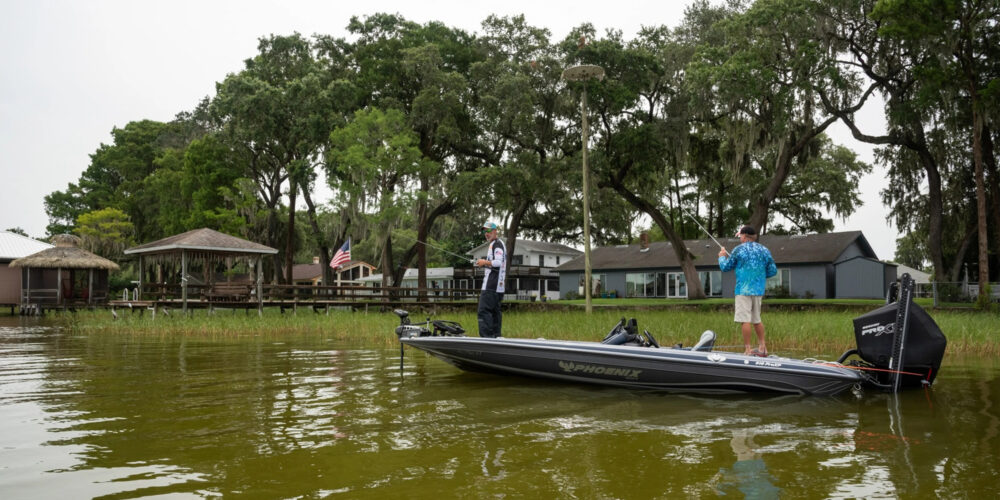 LEESBURG, Fla. – The Major League Fishing Toyota Series Presented by Phoenix Boats will continue next week with the Southern Division opener in Leesburg, Florida, Feb. 1-3, the Toyota Series at the Harris Chain of Lakes . The three-day tournament, hosted by Visit Lake County, Florida, will feature a roster of the region’s best bass-fishing pros and Strike King Co-anglers competing for a top prize of up to $100,000 in the pro division and a new Phoenix 518 Pro boat with a 115-horsepower Mercury outboard motor in the co-angler division.

“As long as the weather stays stable, we’re going to see big weights and a lot of big limits in this event,” said Toyota pro Terry Scroggins of San Mateo, Florida, who has 48 career Top-10 finishes and five tournament wins. “The fish are in all three stages, so we’re going to see a lot of prespawn and postspawn fish. That’s what makes this event so fun – the fish are moving. Pulling up, moving out – there are going to be several different ways to catch them.”

With the majority of Harris Chain waters in play for competitors, Scroggins said that he thinks the tournament could be won in any one of the lakes and that will have the anglers spread out.

“Some guys are going to catch them in the canals – the fish like to spawn there,” Scroggins said. “The offshore grass will be strong, and the mixed hydrilla and eelgrass. I’d have a vibrating jig tied on, and a lipless crankbait. I’d also have something to flip – a lot of those fish also spawn in the reeds and cattails, so you have to have something to flip.”

Scroggins went on to say that with ideal weather conditions, the three-day winner might need a three-day total right around 75 pounds.

Anglers will take off each day at 7 a.m. ET from the Venetian Gardens in Leesburg. Weigh-ins will also be held at the Ski Beach at the Venetian Gardens and will begin at 3 p.m. Fans are welcome to attend and encouraged to follow the event online through the “MLF Live” weigh-in broadcasts and daily coverage at MajorLeagueFishing.com.

The 2023 Toyota Series Presented by Phoenix Boats consists of six divisions – Central, Northern, Plains, Southern, Southwestern and the Western Division Presented by Tackle Warehouse – each holding three regular-season events, along with the International and Wild Card divisions. Anglers who fish in any of the six divisions or the Wild Card division and finish in the top 25 will qualify for the no-entry-fee Toyota Series Championship for a shot at winning up to $235,000 and a qualification to REDCREST V. The winning Strike King co-angler at the championship earns a new Phoenix 518 Pro bass boat with a 115-horsepower Mercury outboard. The 2023 Toyota Series Championship will be held Nov. 2-4 on Table Rock Lake in Branson, Missouri, and is hosted by ExploreBranson.com.