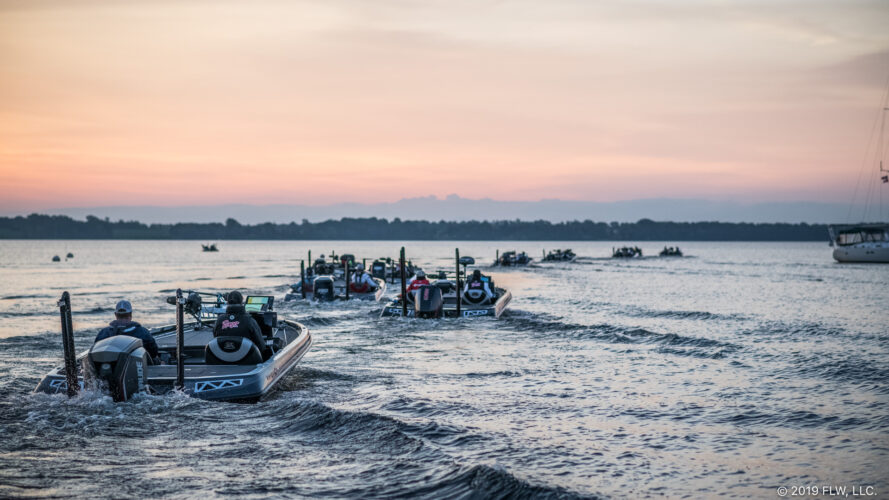 PLATTSBURGH, N.Y. – The Major League Fishing (MLF) Toyota Series Presented by A.R.E. Northern Division will kick off their 2021 season with a tournament next week in Plattsburgh, New York, July 15-17, with the Toyota Series Presented by A.R.E. at Lake Champlain. Hosted by the City of Plattsburgh and the Adirondack Coast Visitors Bureau, the three-day tournament will feature the region’s best bass-fishing pros and co-anglers casting for a top prize of up to $65,000, plus an additional $35,000 bonus if the winner is a qualified Phoenix Boat owner.

“Champlain is fishing pretty good right now,” said Toyota Series angler Alec Morrison of Peru, New York. “It always tends to be a little tougher in July during the postspawn, but we are a little ahead this year and I think the tournament will be pretty good.”

Morrison said many of the fish are in the mid-range depths of 14 to 18 feet and waiting to transition out to deeper water, but warmer temperatures could potentially push more fish out a little further by the date of the tournament.

“I’ve fished many events on this body of water, and actually came in 2nd and 3rd place as a co-angler,” said Morrison. “This will be my first time to fish a tournament on Champlain as a boater, so I’m really excited about that and looking forward to it.

“I’m a little nervous considering it’s a home body of water but I’m going to practice as hard as I can and try to come up with something,” continued Morrison. “I expect to see a mix of everything being fished next week. July seems to be the month you’re bouncing around, hitting a lot of spots and using a wide array of techniques, whether power-fishing with swimbaits, jerkbaits and topwater baits or slowing down with the typical finesse stuff like drop-shot and Ned rigs. I’m sure all of those will be used frequently by everyone during the event.”

Morrison said he anticipates it will take 17 to 18 pounds per day to slide into the top 10 and will take around 60 pounds to win the three-day event.

Anglers will take off daily at 6 a.m. ET from the Plattsburgh City Marina located at 5 Dock St. in Plattsburgh. Weigh-ins will also be held at the marina and will begin at 2 p.m. Fans are welcome to attend the event or follow the action online through the “MLF Live” weigh-in broadcasts and daily coverage at MajorLeagueFishing.com.

The 2021 Toyota Series presented by A.R.E. consists of six divisions – Central, Northern, Plains, Southern, Southwestern and Western – each holding three regular-season events, along with the International division. Anglers who fish all three qualifiers in any of the eight divisions and finish in the top 25 will qualify for the no-entry-fee Toyota Series presented by A.R.E. Championship for a shot at winning $235,000 cash, including a $35,000 Phoenix MLF BIG5 Bonus for qualified anglers. The winning co-angler at the championship earns a new Phoenix 518 Pro bass boat with a 115-horsepower Mercury outboard. The 2021 Toyota Series Championship presented by A.R.E. will be held Oct. 28-30 on Pickwick Lake in Counce, Tennessee, and is hosted by the Hardin County Convention and Visitors Bureau.