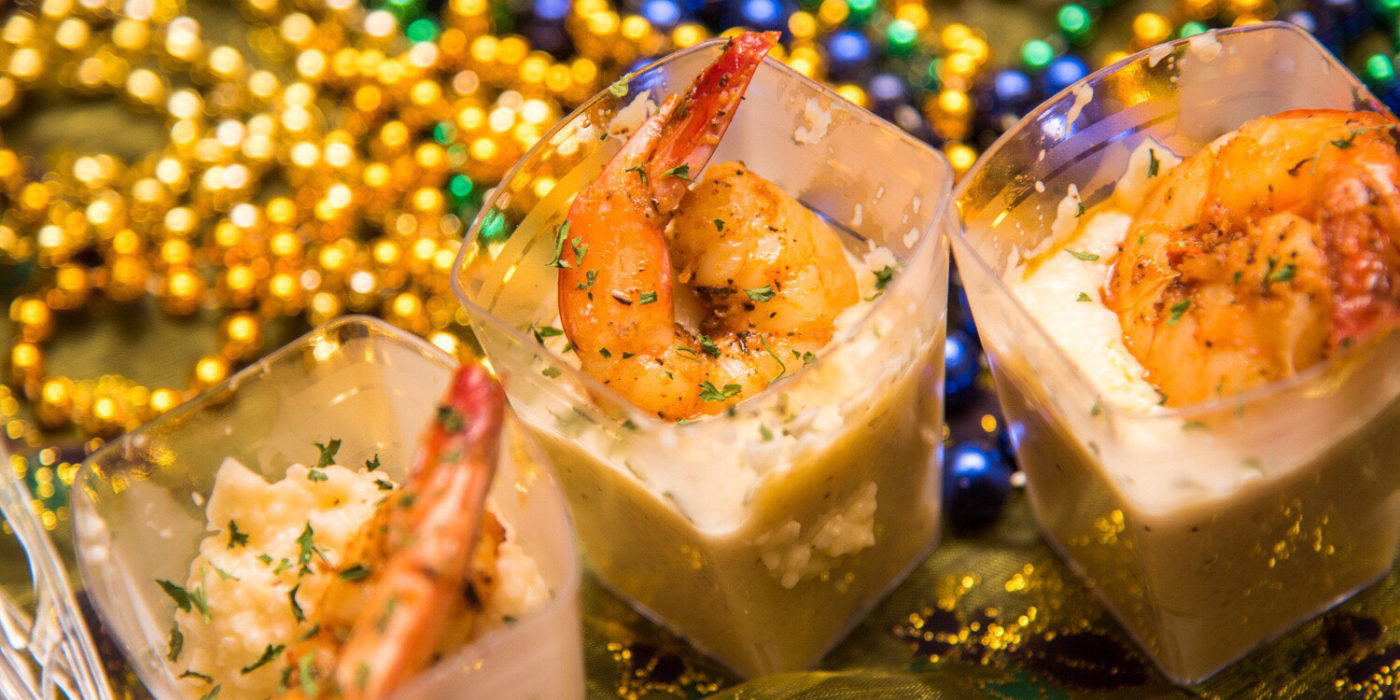 No Louisiana visit is complete without Mardis Gras beads and shrimp dishes as part of the festivities, even when the activity is a bass fishing event as it was for Major League Fishing's recent visit to the Vidalia area for the 2019 General Tire World Championship.

VIDALIA, La. (March 6, 2019) – Major League Fishing® (MLF) crowned its third-ever General Tire World Champion Saturday, March 2 on Lake St. John in Vidalia, Louisiana, and fans won’t have to wait long to find out who it is.

Despite adverse weather for part of the week, the fishing conditions were favorable and bites were plentiful as MLF’s top 12 anglers in two-year point standings competed on the waters surrounding Vidalia over six days of competition.

“The only things better than the fishing in Louisiana are the food and the hospitality,” said Michael , Director of Events and Partnerships for Major League Fishing. “We hope all of our fans visit Vidalia and Louisiana, as it’s one of the best places in America to have a great time both on and off the water.”

As a part of the partnership with the City of Vidalia and the State of Louisiana, the Louisiana Seafood Promotion and Marketing Board coordinated with Vidalia area restaurants on a dinner for MLF anglers, staff and local officials mid-week. The meal featured hundreds of pounds of crawfish and shrimp along with etouffee, king cake other Louisiana fare.

The 12 MLF Cup anglers competing in the World Championship are no strangers to the state of Louisiana or the Vidalia area: this trip marks Major League Fishing’s third time in its seven-year history to fish in Louisiana–the first was the 2015 Challenge Cup, which was filmed in Shreveport, and the second was the 2018 Challenge Cup, which was fished in the waters surrounding Vidalia and nearby Natchez, Mississippi. MLF Evers of Oklahoma was the 2015 Challenge Cup Champion and went on to win the 2016 Bassmaster Classic. The 2018 Challenge Cup was MLF pro Kevin VanDam’s record-setting third Cup win.

“You can see the love and passion this community has: we have the best fishing in the world here with the mighty Mississippi River. We have great opportunities for tourism: fishing and the great outdoors. We are the ‘Sportsman’s Paradise’. But it’s really the people that make this community special,” said Louisiana Lt. Governor William Nungesser. “We treat everybody like family. Whether you’re here to do business or to go fishing and enjoy all the great things to do here in Vidalia, you feel like you’re part of the family. There are no strangers here, and that doesn’t happen everywhere. It’s a special place here in Louisiana.”

The 2019 General Tire World Championship will air on CBS Network for the third consecutive year, with re-airs each week on CBS Sports Network throughout the week. Beginning June 22 and culminating with the Championship Round airing July 27, a one-hour episode will premiere each Saturday during the six-week run at 2 p.m. EDT.

The Major League Fishing television series features some of the biggest names in professional bass fishing and includes Bass Pro Tour anglers, Bassmaster Classic champions, Angler of the Year winners and title-holders from both the Bassmaster Elite Series and the FLW Tour. Anglers competed across the lakes surrounding the area in six days of competition, culminating with the crowning of the 2019 General Tire World Champion.

The top 12 Cup anglers, based on their cumulative two-year final point standings of the 2018-2019 Cup events, competed in the same format as the 2018 Championship (won by Greg Hackney). That format saw the top angler from each of the first two rounds immediately punch a ticket to the Sudden Death Round rather than making all anglers compete in Elimination Rounds.

This competition marks the last year for this specific format; with the creation of the Bass Pro Tour and addition of new anglers in 2019, the 2020 World Championship will see 16 competitors rather than 12, with a completely new format and qualification process.

About Major League Fishing Developed through a joint effort between Outdoor Channel and two-dozen premier bass fishing anglers in 2011, Major League Fishing brings the high-intensity sport of competitive bass fishing into America’s living rooms in the form of riveting two-hour TV episodes. 24 world-class anglers are filmed over the course of a six-day event. The show captures their efforts as they utilize a demanding format that allows them to weigh all the “scorable bass” they catch. Unlike other competitive fishing events, live leaderboards in the boats allow anglers to know their standings at all times. For more information about the game, visit MajorLeagueFishing.com and follow Major League Fishing on Twitter, Instagram and Facebook.