MLF ranks No. 1 in Second-Quarter Ratings 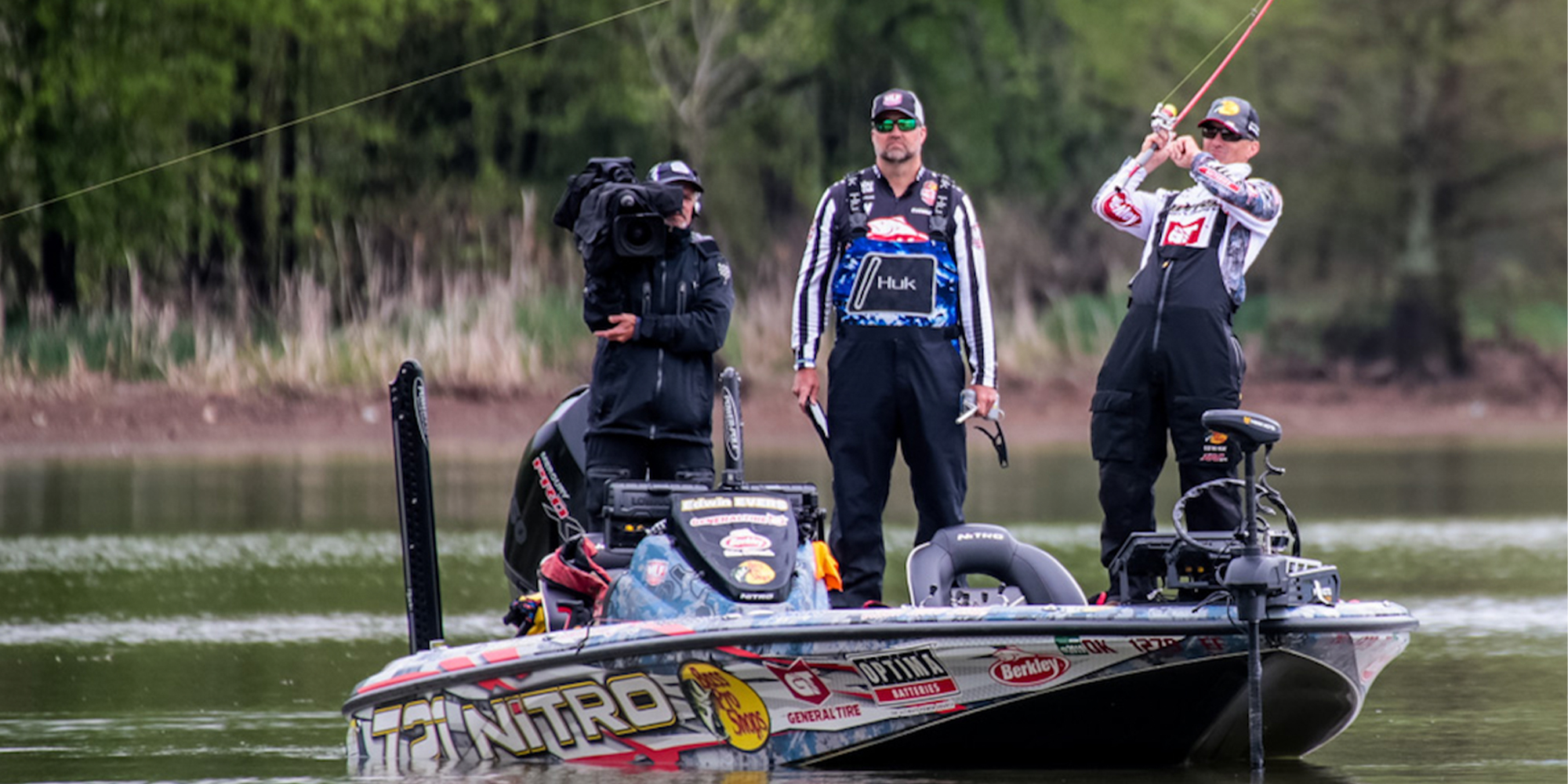 Major League Fishing pro Edwin Evers hooks up with another bass during an MLF competition. The popular made-for-television bass competition has been the No. 1 show on Outdoor Channel during 1Q and 2Q for the past four years.

The continued success in audience ratings delivery during the second quarter of 2019 was MLF’s best-ever quarter with Men 25-54. MLF’s 2Q ratings success also comes on the heels of its best-ever quarterly ratings for Persons 2+ during 1Q 2019. MLF has been the No. 1 show on Outdoor Channel during 1Q and 2Q for the past four years.

“Major League Fishing on Outdoor Channel continues to be a ratings blockbuster,” said Jim Liberatore, Outdoor Sportsman Group President and CEO. “Our viewership is proof of that and – by far – dominate other competing networks’ fishing programming. Major League Fishing continues to thrive in ratings by showcasing its unique format of bass fishing, the best anglers in the business and best storytellers behind the cameras.”

“It’s not hard to understand that compelling, interesting and exciting programming results in top ratings,” Major League Fishing President and CEO, Jim Wilburn said. “We are extremely proud to be part of a group of networks – Outdoor Channel, Sportsman Channel and World Fishing Network – that hold fishing programming in such high esteem.”

Developed through a joint effort between Outdoor Channel and the PBT anglers in 2011, Major League Fishing brings the high-intensity sport of competitive bass fishing into America’s living rooms in the form of riveting two-hour TV episodes. World-class anglers are filmed over the course of a six-day event. The show captures their efforts as they utilize a demanding format that allows them to weigh all the “scoreable bass” they catch. Unlike other competitive fishing events, live leaderboards in the boats allow anglers to know their standings at all times. For more information about the game, follow Major League Fishing on Twitter, Instagram and Facebook. You can catch all current and past episodes of Major League Fishing on #MyOutdoorTV, the world’s leading outdoor television, global, streaming service provider. Also, for more information about MLF anglers, see Game & Fish magazine, the official publication of MLF.

Outdoor Channel has been taking viewers across America and around the world on unparalleled adventures since 1993. Dedicated to the outdoor lifestyle and conservation, the independent cable network is a division of Outdoor Sportsman Group and provides a complete spectrum of riveting hunting, fishing, shooting and adventure entertainment. Outdoor Channel is the largest outdoor TV footprint in the country and is available in more than 50 countries internationally. Outdoor Channel can be viewed in HD and is accessible by broadband and mobile platforms. For program times and other information, visit www.outdoorchannel.com. Follow us on Twitter, Instagram, Facebook and YouTube. #WhatGetsYouOutdoors. #MyOutdoorTV