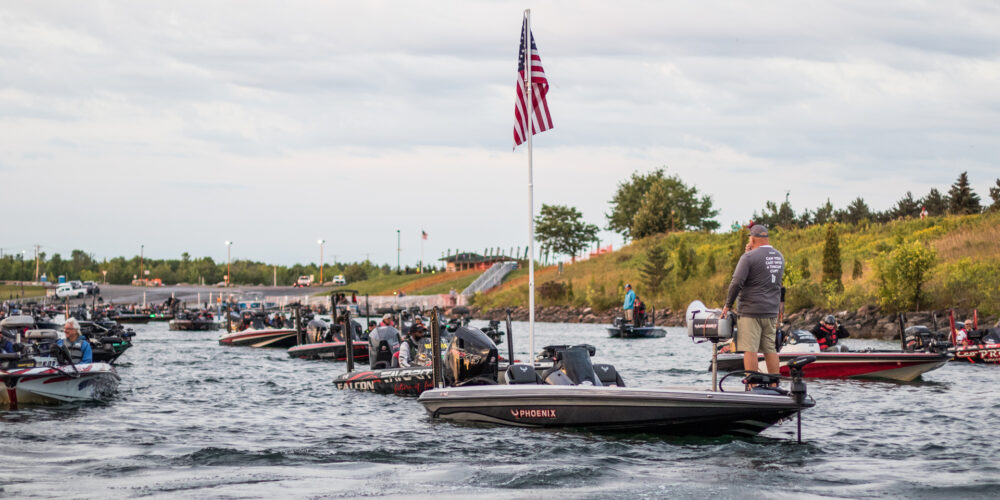 Local pro Jesse Spellicy of Gouverneur, New York, said he is excited about the upcoming event.

“The St. Lawrence River is fishing pretty consistently across the board,” Spellicy said. “We are getting into the fall – the time of year where fish are starting to feed more and get heavier – and they are biting pretty much everywhere on the fishery.”

Spellicy said he expects to see fish caught at various depths, from 2 to 60 feet of water, and believes there will be anglers bouncing back and forth between fishing shallow and deep throughout the event.

“I think we will definitely see spinnerbaits come into play, as well as the standard drop-shots, tubes and Ned rigs,” Spellicy said. “Current breaks are pretty key this time of year, more so than normal, so guys should be on the lookout for any type of structure or vegetation that breaks the current. That’s where smallmouth are typically stacked up.”

Spellicy said he expects the tournament to be won around the Clayton and Cape Vincent area, a 1½-hour full-throttle run from where anglers will launch. Despite the long distance, Spellicy said he believes he’s going to have to commit to that run to have a shot at winning the event.

“It’s a long distance and anything can happen, but that seems to be the area that’s been kicking out the better bags of fish this year, so it’s definitely going to make things interesting,” Spellicy said.

Anglers will take off daily at 7 a.m. ET from Massena Intake Boat Launch located at 1415 State Highway 131 in Massena. Weigh-ins will also be held at the boat launch and will begin at 3 p.m. Fans are welcome to attend the event or follow the action online through the “MLF Live” weigh-in broadcasts and daily coverage at MajorLeagueFishing.com.