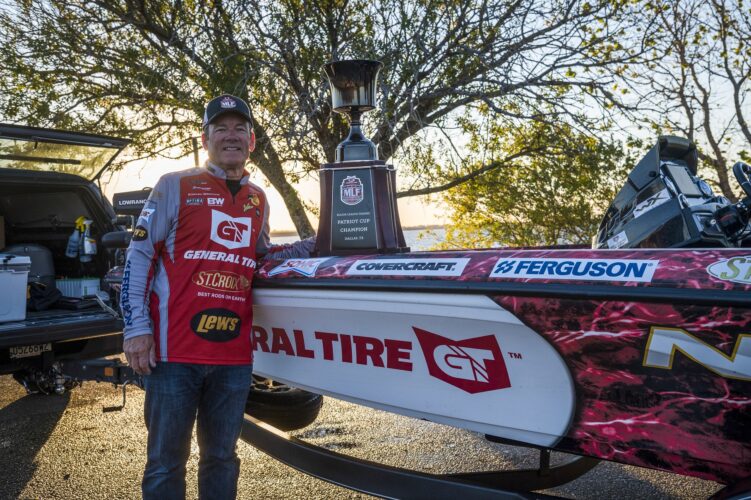 Browning dominated the six-day event, winning his Elimination Round, Sudden Death Round and Championship Round of competition.

“Woo wee, that was fun!” exclaimed an excited Browning in his postgame interview with MLF analyst Marty Stone. “Look at these goosebumps on my arm – that’s how much this means to me. It was a battle, and I knew it was going to be. I just kept thinking to myself – don’t get off your game plan. Fish your strengths, fish slow, fish thorough, make multiple casts and just let them come to you instead of trying to push it. It worked out perfect.”

Browning dialed into a pattern targeting the standing timber, which was plentiful in the Championship Round on Lavon Lake.

“I did all of my work on a 3/8-ounce bladed jig with a straight tail trailer on it,” Browning said. “Anytime I’ve got that bait in my hand I’ve got so much confidence. The biggest thing is I was fishing in super-shallow water.”

Overall, there were 80 bass weighing 178 pounds, 13 ounces caught by the final eight pros during the Championship Round of competition on Lavon Lake.

The 2022 Builders FirstSource Patriot Cup Presented by Guaranteed Rate was hosted by the Dallas Sports Commission and premiered on the Outdoor Channel as six, two-hour original episodes each Saturday afternoon debuting on April 9, 2022, and running through March 14, 2022.

The event was shot over six days in November of 2021 and featured 24 MLF pro anglers visiting the Dallas area to compete on either Lewisville Lake, Eagle Mountain Lake or Lavon Lake on each day of competition. The lakes were unknown to the anglers – they didn’t learn where they were competing until they arrived at the launch ramp each morning of the competition.