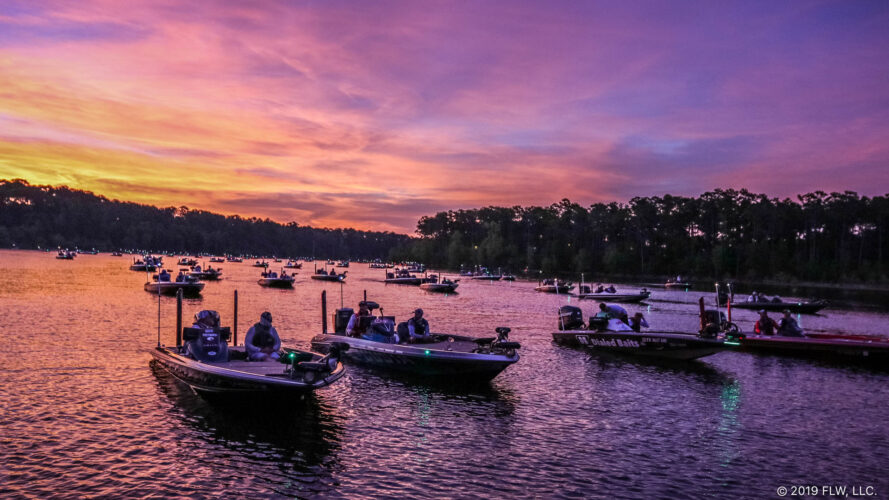 BROOKELAND, Texas – The Toyota Series presented by A.R.E. Southwestern Division will kick off the 2021 season with a tournament next week in Brookeland, Texas, Jan. 28-30, with the Toyota Series presented by A.R.E. at Sam Rayburn Reservoir. Hosted by the Jasper-Lake Sam Rayburn Chamber of Commerce, the three-day tournament will feature the region’s best bass-fishing pros and co-anglers on some of the best bass water in the country, casting for a top prize of up to $65,000, plus an additional $35,000 bonus if the winner is a qualified Phoenix Boat owner. Anglers will also be competing for qualification opportunities to the Toyota Series Championship and a chance to win up to $235,000.

Tackle Warehouse Pro Circuit angler and accomplished Sam Rayburn pro Dicky Newberry of Houston, Texas, said he is expecting good things from the famed fishery at the end of January.

“We’ve had a lot of rain and the lake is coming up,” Newberry said. “We have a little color in the water and the creeks are kind of trashed, but the lake is in good shape with a lot of healthy fish, which is what you expect this time of year.”

By the end of next week, Newberry said some fish will begin to push shallow to stage in preparation for the spawn. Because of that, he expects there to be a little bit of everything to fish for during this tournament.

“Big stringers are going to come from the outside on the clay, drops and ridges,” he said. “That’s where those big ones are living right now. There’s also a pad stem bite and we might have water up in the bushes by then, so that could be going on – but that’s the thing about Rayburn, it’s got a little bit of everything.”

While fishing deep may produce the biggest limits of the event, Newberry said he isn’t ready to write off anything up shallow. Despite the lake kicking out a 40-pound limit a few weeks prior, he said he felt like 57 to 60 pounds should be the benchmark for a winning weight.

“It can be won in any of those patterns, or a combination of them,” said Newberry. “There’s just so many fish. Even though Rayburn gets a lot of pressure, it still takes over 20 to win single-day tournaments, and sometimes, 30 or 40. But I predict it will take around 60 pounds to win this one.”

Anglers will take off daily at 7 a.m. CT from the Umphrey Family Pavilion in Brookeland. Weigh-ins will also be held at the Umphrey Family Pavilion and will begin at 3 p.m. Attendance is limited to competing anglers and essential staff only. Fans are encouraged to follow the event online through the “MLF Live” weigh-in broadcasts and daily coverage at MajorLeagueFishing.com.

The 2021 Toyota Series presented by A.R.E. consists of six divisions – Central, Northern, Plains, Southern, Southwestern and Western – each holding three regular-season events, along with the International division. Anglers who fish all three qualifiers in any of the eight divisions and finish in the top 25 will qualify for the no-entry-fee Toyota Series presented by A.R.E. Championship for a shot at winning $235,000 cash, including a $35,000 Phoenix MLF5 Bonus for qualified anglers. The winning co-angler at the championship earns a new Phoenix 518 Pro bass boat with a 115-horsepower Mercury outboard.