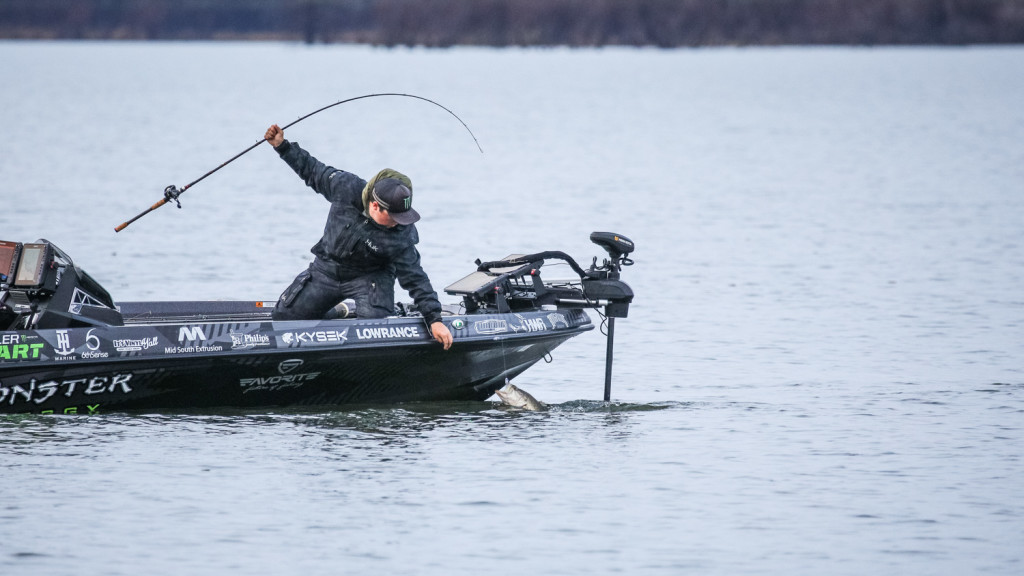 From time to time, FLW checks in with its anglers to find out what they’ve been up to, what they’re listening to, who they’re following and what they’re working on to improve their fishing game. This week, we caught up with Louisiana’s Tyler Stewart.

How have you been passing the time without tournaments lately?

Just been spending as much time on the water as possible, just fun fishing. I’ve been catching them pretty good at Caney Lake, which is a lake right here by my house. I’m catching most of them on a 6th Sense C20. There’s a shad spawn deal going on, and you can run that if you want. Then later on in the day they kind of group up offshore, and you can go catch them on a crankbait, which is fun.

What do you miss most about being on the road?

Just the competitive aspect. You know, getting to fish against some of the best guys in the country. I really miss that.

Believe it or not, I’m not really watching a lot of TV or listening to a lot of music, but I’ve been zoned in on Call of Duty every night. I fish all day and then play Call of Duty all night.

I don’t know much about video games. Is that something you play against other people online?

Yeah, so it’s called Call of Duty: Modern Warfare. It’s a game you play online with your buddies. I play with a lot of my buddies I fish with. Me, John Hunter and a couple other guys, we’ve been squading up at night. It’s pretty fun.

Professional gamers can make a lot of money right now. You think you’ll wind up being a two-sport athlete?

Oh, man, no. I’m nowhere even close to anything like that. I just started playing video games since the quarantine deal. I haven’t even really played them very much. It’s basically a way for me to hang out with my buddies without actually hanging out with them.

Who are you following on social media right now?

So have you been turkey hunting?

I’ve done a little bit, but I haven’t been successful at it. I’ve been one time this year.

What bait or technique are you hoping to master next?

I really want to focus on the shad spawn deal. That’s something that I struggle with. And that’s kind of going on right now, so I’ve been out here trying to get that down.

What have you figured out?

One thing I have definitely noticed is if the shad spawn is going on, then the offshore fish are not there. Like, at all. I’ve seen more fish offshore during the bass spawn than the shad spawn. We just had a cold front, like, last week, and it kind of knocked that shad spawn back a little bit, and the fish started really showing up back offshore. Right before the shad spawn they got out really good after the bass started spawning. Then the shad got up there and started doing their thing, and all the bass got up there on them. And now the bass are starting to show back up. One thing I’ve definitely learned is if the shad are spawning, the bass are not out deep.

If you want to see more of what Tyler Stewart is up to, check out his Instagram takeover on the FLW page (@FLWFishing) coming up on Wednesday.