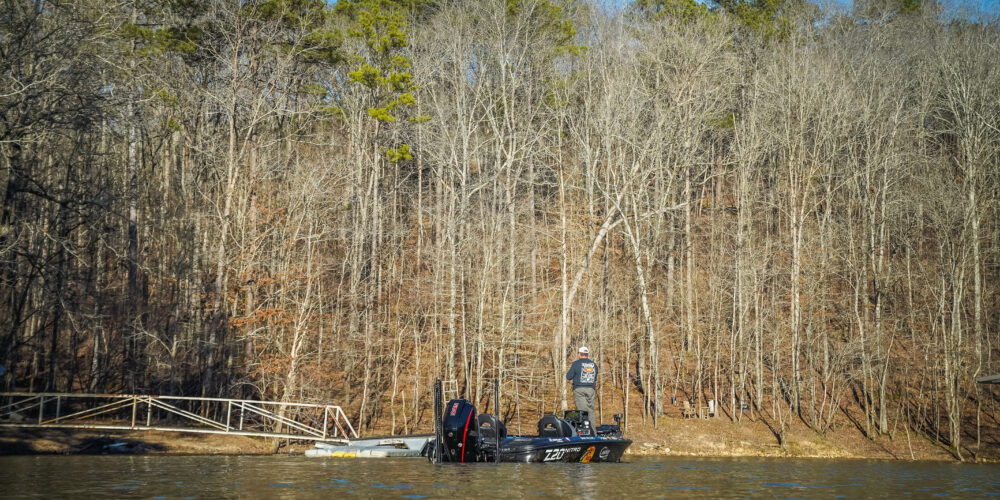 The Tackle Warehouse Pro Circuit presented by Bad Boy Mowers season continues this week at Lewis Smith Lake for Covercraft Stop 2. This is the earliest the Pro Circuit has visited Smith since Brent Ehrler won in 2013, which means that it’s unlikely to turn into a spawn-heavy event as so many other Smith tournaments have in the past.

Currently, the lake is running a bit dirtier than normal and about half a foot below full pool. With no significant rain in the forecast, the water level is likely to stay fairly steady, which will be a dramatic departure from the last FLW Tour event on Smith, when David Williams won on a shad spawn while the water was firmly in the bushes and nearly flooding out takeoff.

This week, one of the big questions is how the movement of bass will track with the weather. Recent nights have been cold, but the high is forecast to be over 70 degrees each day of the tournament. In all likelihood, the lake will change a lot between this morning and the championship round on Sunday.

Alex Davis started practice at the lower end, and he’d already put a plump prespawn keeper in the boat before 9 a.m. Monday morning.

“I’ve caught three so far, but only one keeper,” Davis says. “But they look like they’re fixin’ to bust. The problem is the water is 52 degrees. Even if it gets up to 60, I don’t know if they’re going to go from winter to spawn in a week. I wouldn’t count out John Cox finding one on bed, but I don’t think it’s going to be a full-blown bed tournament. Last time we were here when they were on bed, that was the third week of April. To have fish on bed you’ve gotta have leaves that have green on ‘em, and there is no green on these.”

Williams is of the same mind, but he’s also anticipating fish movement.

“I think you’ll be able to catch ‘em about any way you want to,” Williams says, who found 55-degree water up the Sipsey Arm around noon on Monday. “You could probably catch them out deeper. There’s going to be fish that aren’t ready to come up yet. And there’s going to be fish that do make it up shallow. I’m sure there are some already, I mean, I did find one this morning – I’m sure he’s not alone. I’m hoping to stay ahead of the fish and try to find places that they’re coming to. I think it’s going to be mainly prespawn, we’re still probably two to three weeks away from the major part of the spawn I would say.”

Both pros say that the lake is clean and clear down by the dam, with at least 6 feet of visibility.

“It looks a lot better than it did before it was off-limits,” Davis says, who put some pre-practice time in. “It was actually tannic and brown looking then, it was weird, it was almost like Florida. It don’t look like that now, it’s not gin clear, but it still looks like Smith.”

Come Thursday, when the field starts catching in earnest, it will be fascinating to see how the patterns develop. Cox himself didn’t start practice until nearly noon on Monday, and he thinks the weather is changing so rapidly that patterns found in practice may be outdated before takeoff. So, stay tuned for a good one on Smith, and the possibility that the Pro Circuit anglers really put on a show.