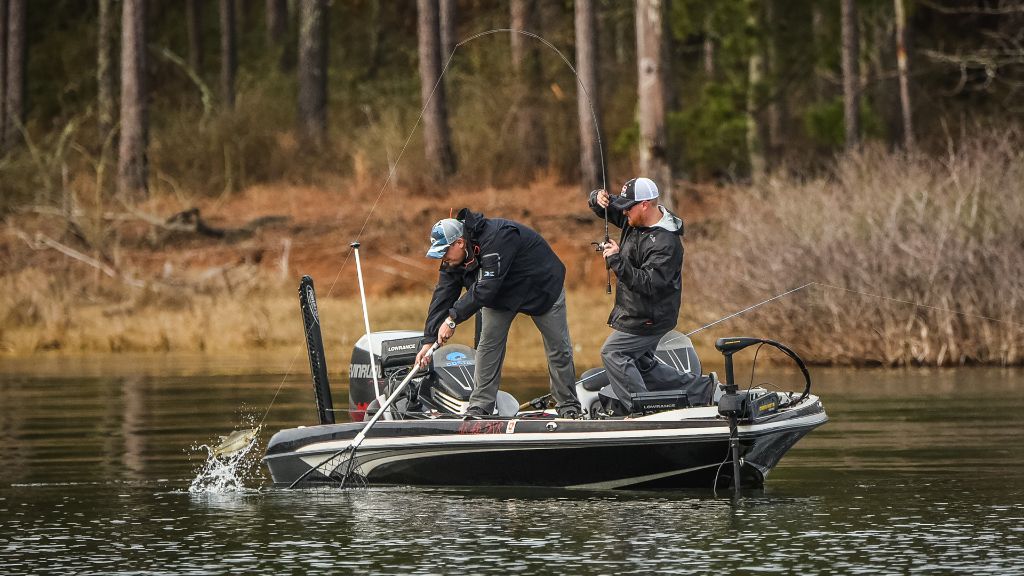 Lake Sam Rayburn has been making headlines in the bass fishing world over the last couple of months. Rayburn has always been considered a world-class fishery, but for whatever reason, it has really been showing out as of late, and day one of the Costa FLW Series Southwestern Division event on Sam Rayburn presented by YETI was no exception.

Some believe it’s the cycle Rayburn is in right now, with plenty of grass providing the backdrop to great fishing. Others believe the recent harsh cold help bunch fish up into big waves waiting to move in to spawn. And still others believe, the lake’s level is perfect right now for drain fishing 101 – targeting the middles and sides of lowland valleys in the lake bottom where fish bunch up before heading to the shallows to spawn.

Here’s a closer look at how the pre-spawn bite is going down among the top five. 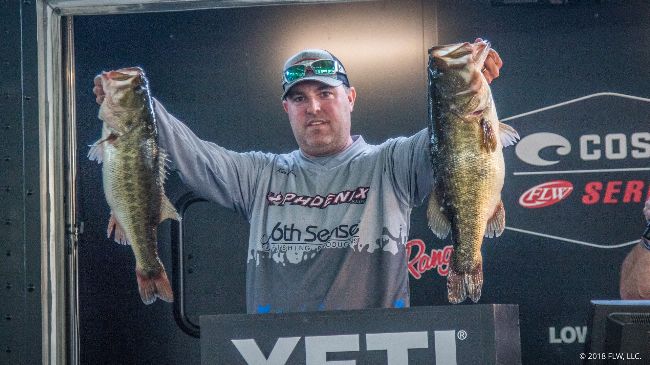 Rayburn regular Kris Wilson anchored his 27-pound, 7 ounces catch on Thursday with an 8-pound, 15-ounce Rayburn brute. He is concentrating his fishing efforts in the 12- to 15-foot range of drains.

“They’re just textbook staging places,” Wilson says. “One thing I think I am doing different is staying away from the grass. There are a lot of fish in the grassy portion of those drains, but there are a lot of fishermen fishing for them, too. So I’ve been trying to stay out a little deeper, in that 12- to 15-foot range looking for hard bottom, wood and depth changes on the deeper sides of those drains.”

In order to tempt those deeper fish, Wilson is relying on dragging techniques with jigs and Carolina rigs. 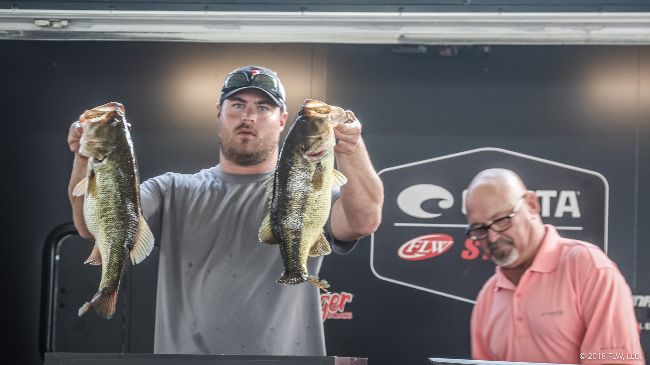 “This water level right now is perfect for positioning the fish in drains,” Goodwyn says. “There is fish in them from the shallow ends all the way out to the deeper ends. Today, I stayed out a little farther in the deeper sections and it worked out.” 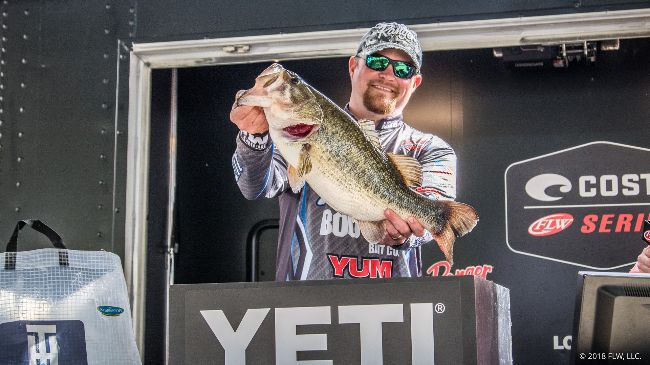 Chris Jones caught the big bass of the day weighing in at 9 pounds, 5 ounces to anchor his limit of 23 pounds, 12 ounces.

And when comes to catching big bass on Rayburn, Jones offers credit where credit is due.

“I came down here to Rayburn in December and fished with none other than Dicky Newberry,” Jones says. “You talk about an awesome fishing experience; no one can show you around drain country like Dicky – what a legend and great guy.”

From his private drain tutelage with Newberry, Jones learned the lowdown on drains.

“We were here before it got cold and the grass got knocked back,” he says. “You could read those drains so well because the matted grass defined them – you could literally see how the deepest part of the ditch snaked through the flat.”

Now with the grass knocked over by the cold, Jones is still probing the centers of the drains in 8 to 10 feet of water where bass are staging. 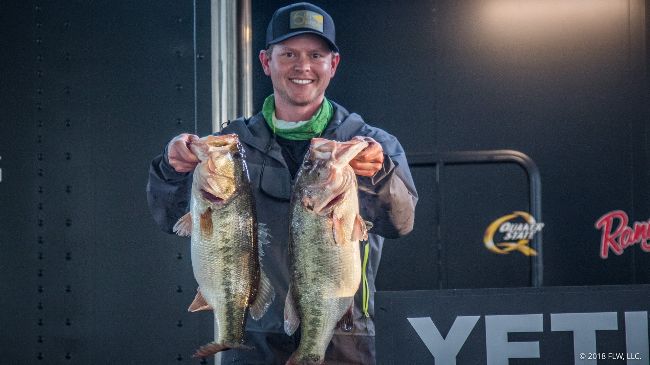 Rounding out the top five spots is Casey Sobczak with a five-bass limit weighing 22 pounds, 6 ounces.

Sobczak has one sweet spot in 12 to 13 feet of water in a drain where he spent his first hour catching a few quality fish.

“After that I ran around and just junk fished up shallow,” he says. “I did catch some nice ones that helped my limit up shallow, too. I’d like to have a few more of the offshore spots but I only found one good one in practice so I’m running a lot of shallow water to make up for not having more deep spots.