Catching up with Terry Tucker 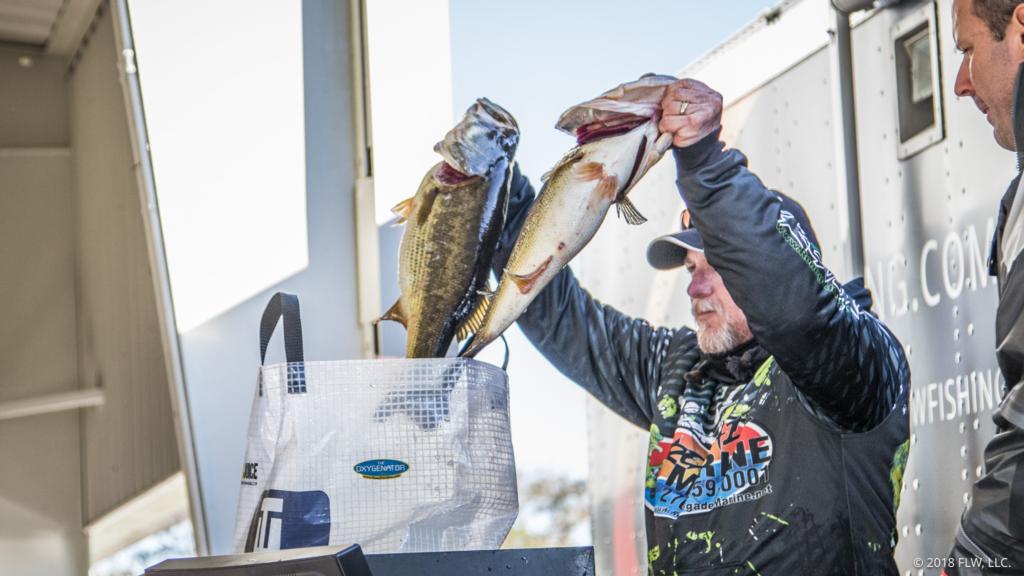 Terry Tucker wasn’t always a fan of grass lakes, but with a Costa FLW Series Southeastern Division opener win on Florida’s iconic Lake Okeechobee and two more vegetation-heavy lakes remaining in the season, he’s eyeing a course to the Series Championship on one of the nation’s top grass lakes — Guntersville.

This course continues through Lake Seminole, where day one was canceled due to high winds. When competition commences on Friday, a mix of hydrilla, coontail and peppergrass will give Tucker a scenario that sets up similar to what he fished during his Okeechobee victory.

“I used to hate grass lakes, to be honest,” the pro from Gadsden, Ala. admits. “I was raised on Neely Henry Lake, which is a woody lake (on the Coosa River) and I had to learn how to fish Guntersville when a tournament would come there. I would go up to Guntersville two or three times a year.

“I was raised on the river system where you power-fished up close and shallow the whole time. Grass lakes are a different game, but I’ve learned to do it and I’ve learned to like it.”

Suffice it to say that with his biggest fish coming from grass lakes — a 12-pounder on Lake Toho and a 10-pounder on Okeechobee — Tucker’s a fan. He caught both of those with his preferred grass tactic — flipping a small creature bait.

He’s also fond of flipping jigs and slow rolling a big spinnerbait over submerged grass, but a forage item common to southern grass lakes keeps him committed to modest profiles.

“I use bigger baits certain times of the year, but mostly I’m going to use a 3- to 3 1/2-inch creature bait because a lot of these grass lakes have a lot of grass shrimp and smaller creatures that live in the vegetation and I think a smaller bait helps me sometimes,” says Tucker. “And I’ll use the lightest weight I can get by with. You have to have enough weight to penetrate the grass, but you don’t want your bait to fall too fast.” 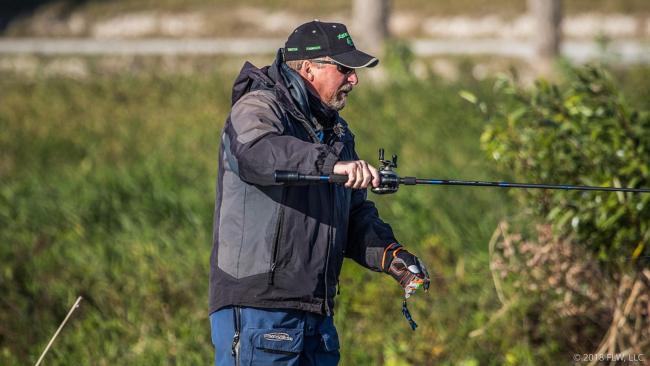 GROWING IN THE GRASS

Tucker, who fished the FLW Tour from 2003-2007, has been a regular on the T-H Marine Bass Fishing League (BFL) circuit since the late 90’s and has fished the Costa FLW Series since 2000. He’s notched 50 top-10 finishes with 10 victories, including a 2013 win at the BFL Choo Choo Division event on Guntersville and his recent Costa FLW Series win on the Big O.

Between tournaments, he works as a drywall estimator; a job with flexible scheduling that allows him plenty of time to hone is skills and deepen his understanding of grass lakes. For him, it’s all about perspective.

“I look at it like deer hunting,” Tucker explains. “The biggest bucks always go for the thickest cover. That’s what I relate my fishing to; I try to find an area that has everything I need and then I concentrate on the thickest grass I can find to get the biggest bite.”

The exception, of course, comes during the spawn when fish avoid the heavy sunlight-blocking canopies. However, Tucker’s Okeechobee victory illustrated the multi-level strategy necessary for grass lake success.

“What I have learned over the years is to play the wind and the cold fronts in the early part of the year,” he says. “I was looking at the long-range forecast and I knew a cold front was coming so I practiced in areas that may not have been very good at the time, but I knew I had a protected area where muddy water from all the wind wouldn’t be a factor.” 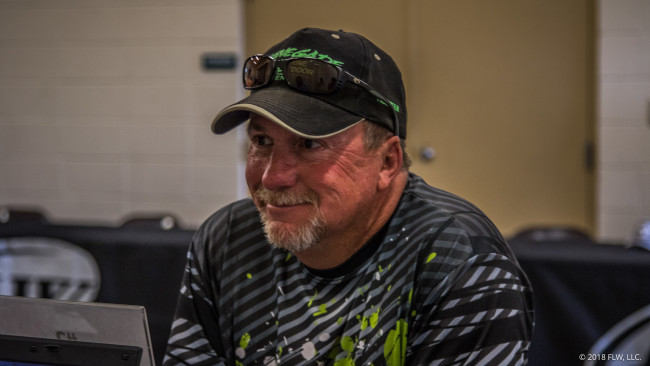 So, what’s Tucker’s outlook for the Southeastern Division’s remaining events?

Seminole: Practice showed him a tougher scene than last year’s event, mostly because a harsh winter has the grass growth a little behind schedule. Also, he’s not liking the fluctuating water levels of recent weeks.

“It’s no secret that the fish want to pull up and bed, but everything has to get right; the water has to stabilize a little bit and the grass isn’t topped out like it should be,” Tucker says. “I think the fish will be caught out in that deeper grass.”

Santee Cooper: When the season concludes, Tucker expects to find a combination of prespawn, spawn and postspawn fish; all of which will relate to grass.

“The grass will keep the fish in an area longer,” he says. “If you can find that right place where a wave of fish had been there to spawn and another wave is coming in, that’s the place you want to be.”

Looking down the road, Tucker says he’s anticipating a textbook grass lake throw down for the Costa FLW Series Championship. Depending on what November on Guntersville brings, in terms of weather and water level, Tucker says he’s looking for a mix of swimbait, spinnerbait, crankbait, buzzbait, frog and flipping action during the Championship.

“I think Guntersville’s going to be a good event and you can kind of tell that because of all the participation in the Division,” Tucker says. “There’s a lot of good grass fishermen out there and everyone wants to get to Guntersville. I think this is an awesome Division this year.”