Huff is struggling on day two, Blaylock makes an amazing save 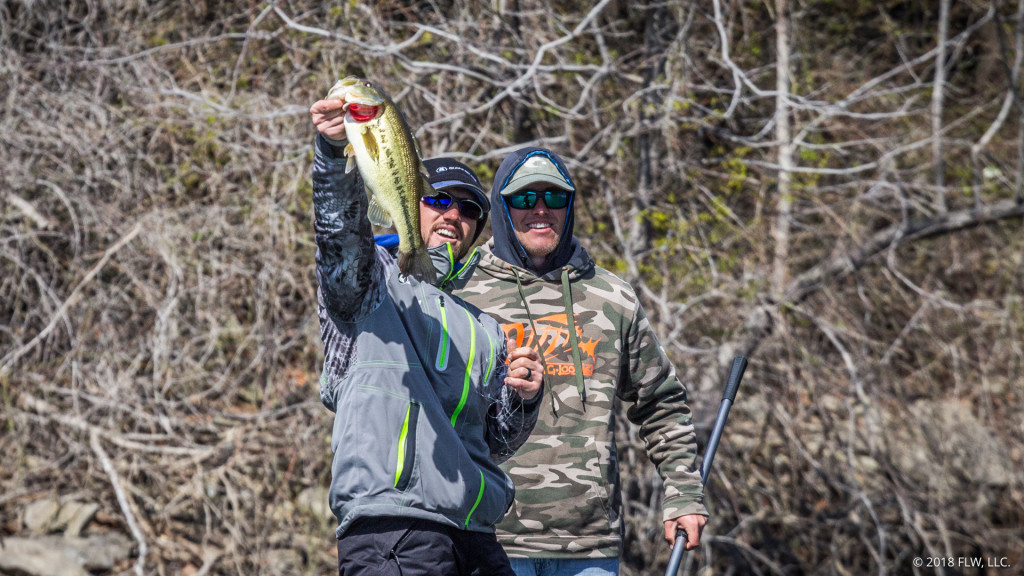 All due respect to everyone fishing the Costa FLW Series presented by Lowrance on Table Rock, but Stetson Blaylock owns the most exciting, dramatic and triumphantly rewarding moment of day two — and likely, the entire event. Credit the Arkansas pro’s tenacity and quick reflexes for a truly amazing catch.

Around 10:45, we found Blaylock in the back of a creek where he had been working on a stubborn bed fish — the same one we watched him pursue for an hour yesterday — since 10. The day’s sunny conditions and the spot’s leeward protection created optimal sight fishing conditions for Blaylock, who alternated between a natural colored bait and a white version.

As we approached, Blaylock said the fish was holding more tightly to the bed than yesterday — a clear sign of committal and predictable defense aggression. The fish bit three times in five minutes, but each time Blaylock tried to set the hook, his opponent outmaneuvered him and released the bait before getting hooked.

Blaylock instinctively stepped to the back deck to move the fish without the assistance of a full rod, while co-angler Lance Maldonado rushed to the bow, net in hand. Unfortunately, the broken rod’s jagged edge severed his line, but remarkably, the slack lay on the surface long enough for Blaylock to literally launch himself from the cockpit to the front deck.

As he landed belly-down, Blaylock grabbed the line in time to pull the fish into net range. Suffice it to say, that 3 3/4-pounder was one of the most well-earned keepers we’ve seen in some time.

Elsewhere, anglers seemed to be struggling under bluebird skies and a morning that began with barely a rustle in the trees. Mike McClelland, who placed second on day one, had one keeper within the first hour; but he lamented the lack of wind as a major hindrance to his crankbait and jerkbait bites.

We found Cody Kelley in the very back of a small creek branch and he noted that he had started near the dam area, but found it dead. Since then, he had found only shorts and their bites were significantly less aggressive than what he’d seen on day one.

“Yesterday, they’d just about pull the rod out of your hand, but today, you barely feel them on there,” Kelly says.

Day-one leader Cody Huff returned to his spot far up the James River, but unlike yesterday’s hot morning, which yielded his 19-pound, 10-ounce bag by 10 a.m., he struggled through much of the morning and had only a small keeper when our camera boat left him around 9:30.

Around the field, Jeff Cannon had a 3-pounder when we found him. Robert Sparks and James Christian both checked in with one keeper in the boat.

Look for significant changes in today’s leaderboard, as day-one patterns break down and the lake sees more roostertails from boats on desperation runs.