The monkey is finally off his back! (updated) 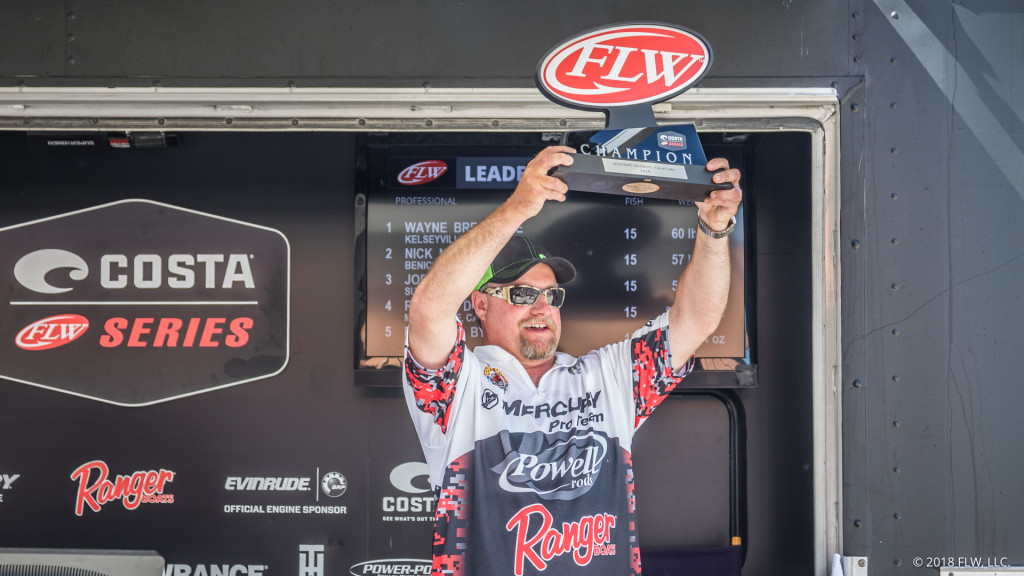 Tournament fishing often presents the question: Do you “manage” your fish with long-term optimism, or do you get while the gettin’s good? Wayne Breazeale is happy he chose the latter strategy, because on day three of the Costa FLW Series Western Division event presented by Evinrude, Clear Lake did not make it easy for the local pro to complete his wire-to-wire victory.

Then came the wind … lots of wind. By check-in time on day two, white caps were sliding across Clear Lake, and the blow continued through the night with gusts of 20-plus mph. The blow beat against Breazeale’s main area in Konocti Bay and compelled him to make a new plan for the final day.

“The wind blew out that area,” Breazeale says. “Also, a lot of people had been fishing in there, so I didn’t think there was enough fish left to try and fish it. I decided to get out of there.”

Fortunately, one of his best backup spots – an area on the north side of the Redbud Arm that produced some of his keepers on days one and two – provided a suitable option.

Fishing a white Yamamoto Single Tail Grub on a 1/4-ounce round-head jig, a wacky-rigged Yamamoto Senko and a drop-shot with a Roboworm in the margarita mutilator color, Breazeale added 14-6 in the final round and secured his first FLW win by a margin of 2-15.

“This feels great,” says Breazeale. “I’ve had a lot of seconds, and this was the biggest win of my career; I really needed this.”

Breazeale caught most of his fish by targeting likely spring staging areas such as dock pilings, riprap and tules. His four decades of Clear Lake experience taught him that tules rooted on hard bottom are most productive during the spring, as bass favor this scenario for spawning.

“The fish were biting really light this week, so you had to let them eat it more,” he adds. “I had one fish that was foul-hooked, so I had to let it go. I thought that one might hurt me.”

All three days, Breazeale caught at least one of his fish on a bed. Day three saw him try unsuccessfully to coax a quality bed fish, but when he returned a couple hours later the 3 3/4-pounder bit the worm and earned a free boat ride to weigh-in as part of what eventually became the winning stringer. 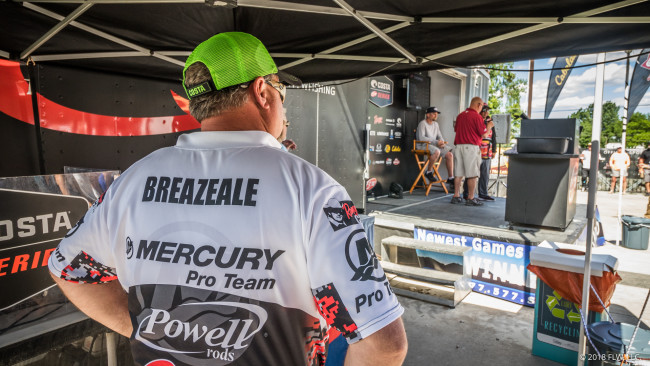 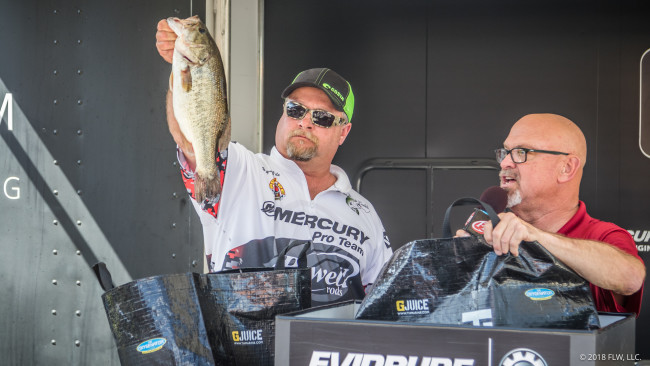 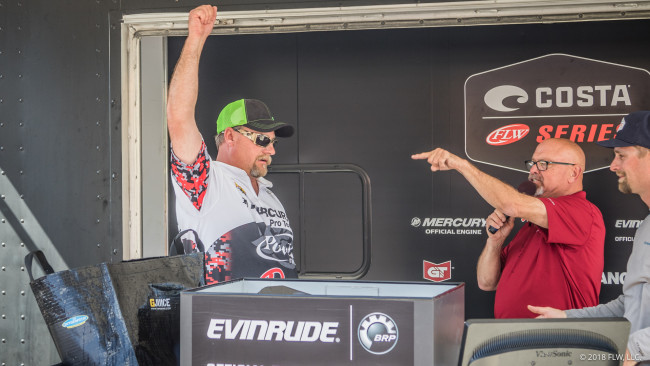 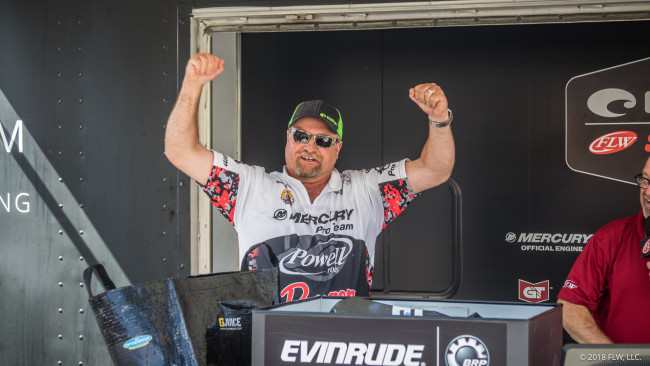 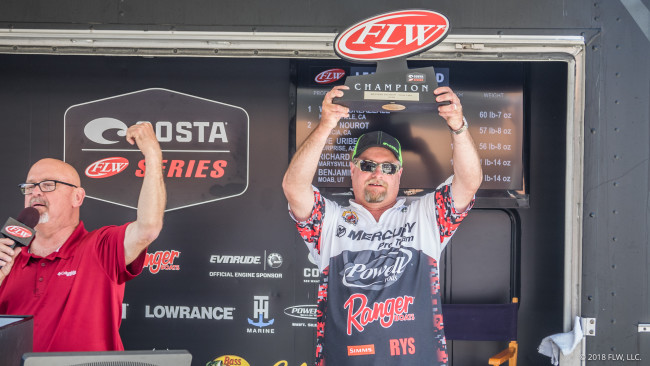 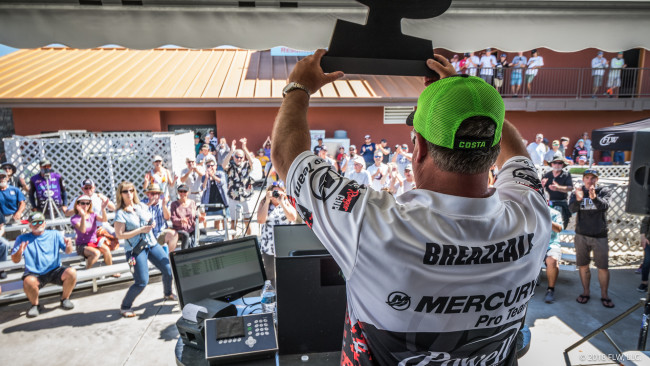 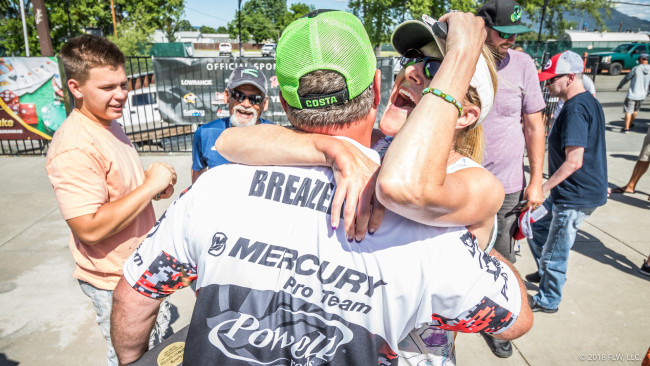