You can’t beat a drop-shot for smallmouths 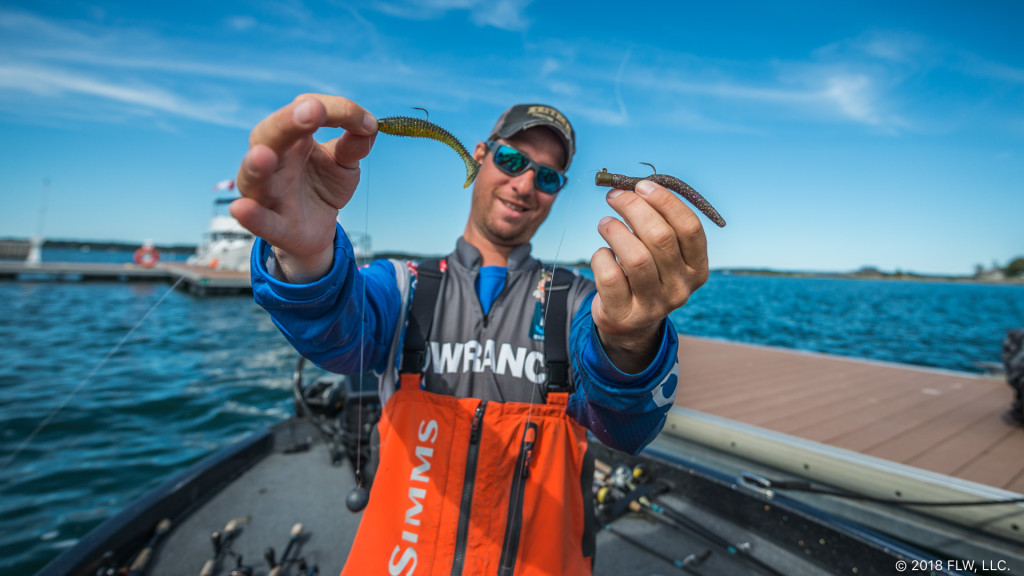 Fishing at the 1000 Islands for the final Costa FLW Series Northern Division event presented by Navionics wasn’t quite as easy as usual, despite the weights being solid and some mega bags being dropped on the scale. An algae bloom, a hard north wind and pressure lead to some finicky smallmouths and because of that finesse was the name of the game. Dealing with some hard to catch smalljaws? Give a few of these baits a try and you can likely put the odds in your favor. 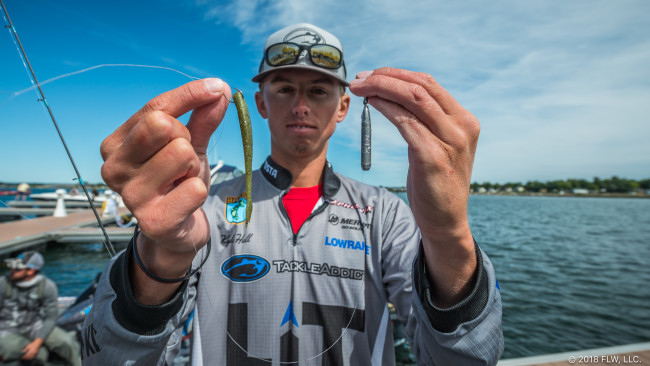 1. In just his fifth FLW Series event, Kyle Hall took home the title against some stout northern competition. A drop-shot was his man weapon rigged with a Berkley PowerBait MaxScent Flatnose Minnow (natural shad) with a 5/8- or 1-ounce weight depending on wind. He also caught a few on a Berkley Gulp! Minnow in the smelt color. 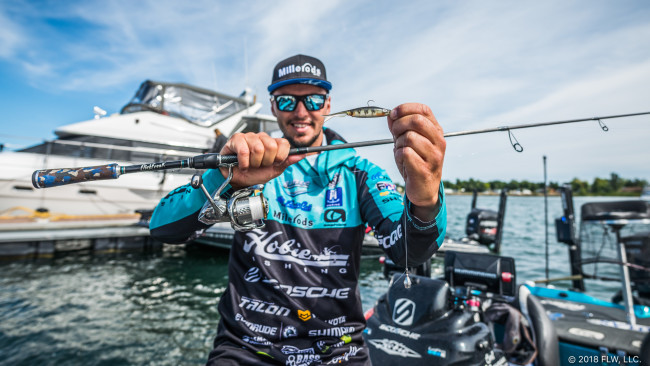 2. Posting the first top 10 of his career, FLW Tour pro Carl Jocumsen caught every one of his fish in the river. A Molix Virago (perch color) on a drop-shot with a 3/8-ounce weight was his primary deal. A Ned rig also plucked a few. 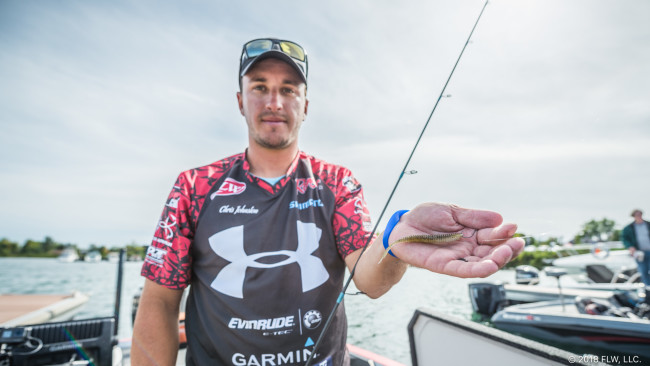 3. Chris Johnston posted his fifth top 10 at the 1000 Islands (his third in a row) on the ol’ reliable drop-shot with either a Jackall Crosstail Shad or I-Shad with a 3/8-ounce sinker. 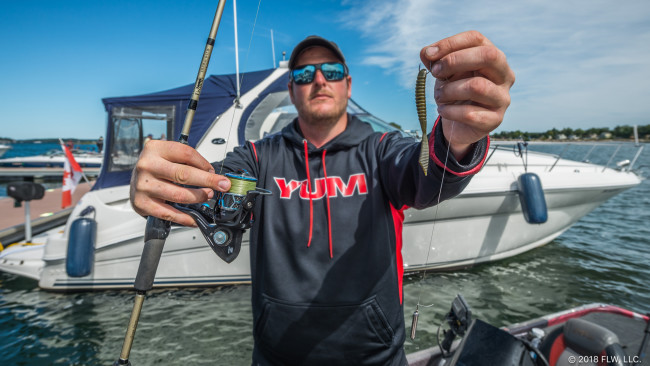 4. AJ Slegona notched another top 10 at the 1000 Islands fishing the St. Lawrence River and all he needed was a green pumpkin YUM Warning Shot on a drop-shot. Occasionally he would dye the tip chartreuse. 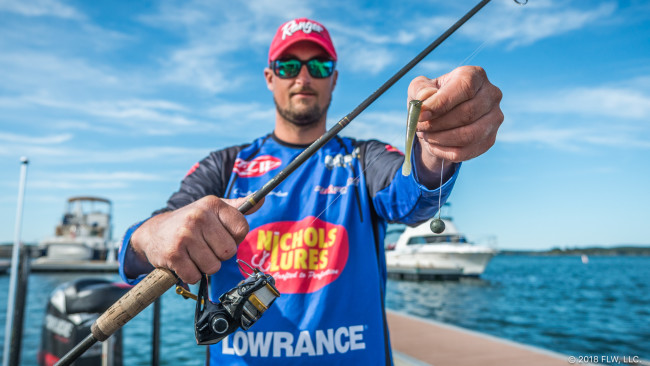 5. Another Canadian who has no lack of experience on Lake Ontario is Curtis Richardson, who made his first top 10 in the FLW Series. Richardson caught his fish on a drop-shot with a finesse bait he designed himself. 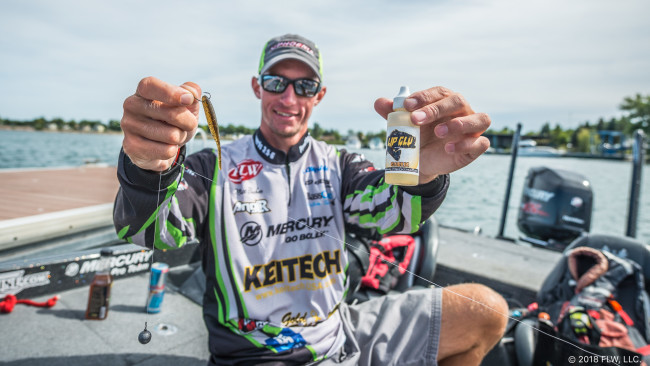 6. Matt Becker won here last year and might have had a shot again if the weather had allowed access to the lake on the final day. A 3-inch Keitech Shad Impact, which he soaks in Lip Glu garlic scent, paired with either a ½- or ¾-ounce weight on a drop-shot did work and helped boat his 6-pound, 11-ounce smallmouth on day two to comprise his 26-2 limit. 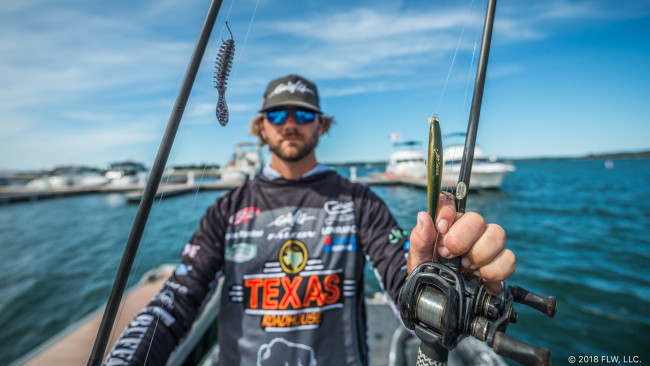 7. Like the others, John Hunter caught most of his fish on a drop-shot, but says he also got some key bites on a 6th Sense Provoke 106X jerkbait. 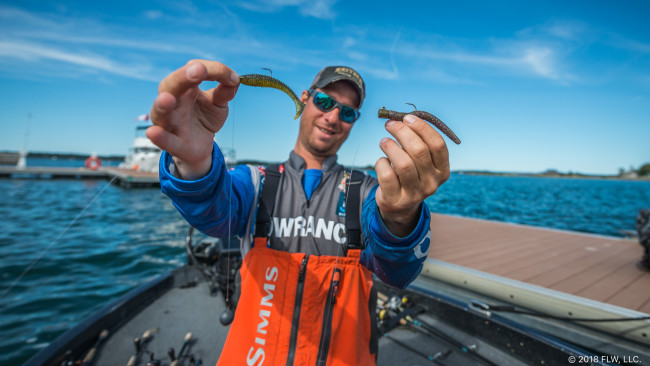 8. Austin Felix locked up his first Strike King Angler of the Year title in the Northern Division with another top-10 performance. The Minnesota smallmouth maestro used a two-pronged approach comprised of a Ned rig with a Z-Man Big T.R.D and 3/8-ounce Treeshaker Tackle prototype head and a drop-shot with a 2.8 or 3.3 Keitech Swing Impact FAT (goby color). 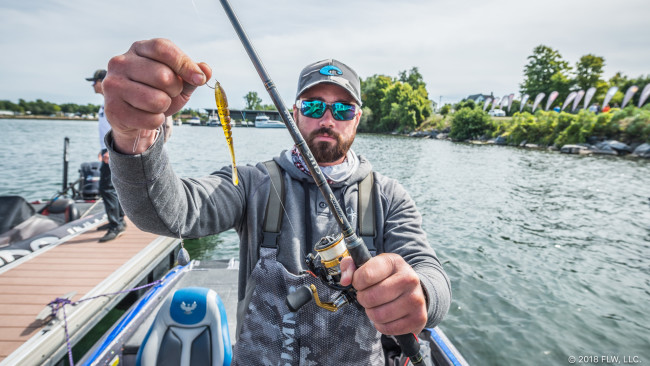 9. Local Jesse Spellicy ran a shoal pattern in the river to lock up his first FLW Series top 10. A Gajo Baits Spirit Shad on a drop-shot did the heavy lifting. 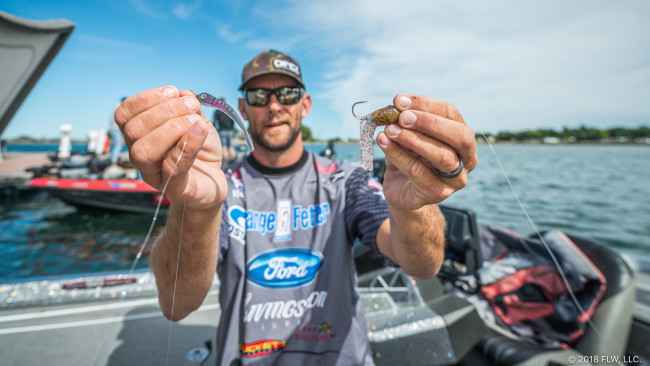 10. Joe Ford used two rods all week to round out the top 10. One was a Set The Hook Baits 2.5-inch tube (goby in heat) and the other was a drop-shot with a Set The Hook Drifter (smoken Joe). Each were rigged on either a ½- or ¼-ounce weight depending on the depth he fished.