Mix of finesse and topwaters best for fall transition 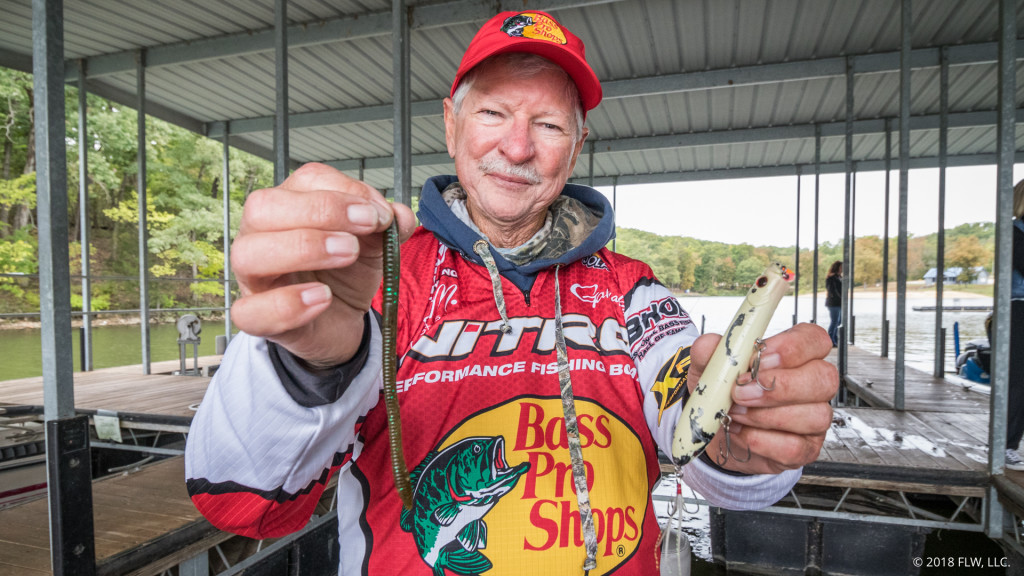 It may have felt like fall for the final Costa FLW Series Central Division event of the year on Lake of the Ozarks, but it didn’t exactly fish like it. The tournament, which was presented by Evinrude, saw fish caught from deep to shallow and it was clear that the majority of fish were in transition from their summer haunts to where they’ll feed up for fall.

Jeremy Lawyer fished loose and covered water with a topwater when the conditions were right and flipped docks with a shaky head when needed.

The rest of the top 10 followed suit with a mix of topwaters and plastics to catch pressured fish in the Ozarks. 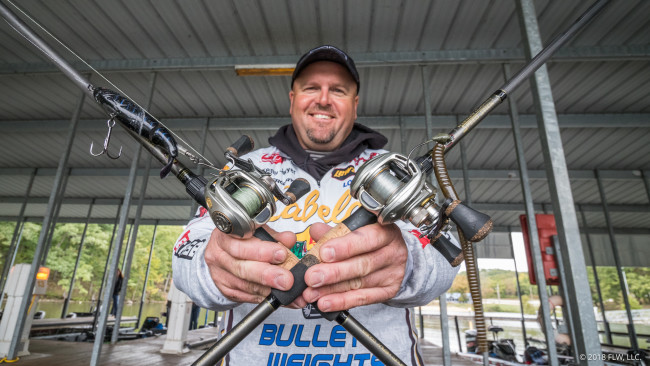 1. Jeremy Lawyer got his first FLW Series win with the help of a prototype JaKKed shaky head (which will become his signature series jig) matched with a Zoom Magnum Trick Worm. He also leaned on a River2Sea Whopper Plopper 130 custom painted by Fall Creek Lures in midnight shad. 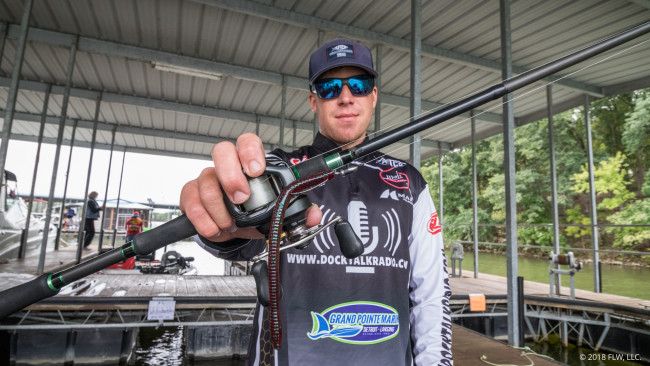 2. Making his second-straight top 10 in a row, Garrett Paquette kept it simple flipping the ends of docks with a Texas rig.  A ¼-ounce tungsten weight with a Zoom Magnum Trick Worm in a variety of colors did the job. 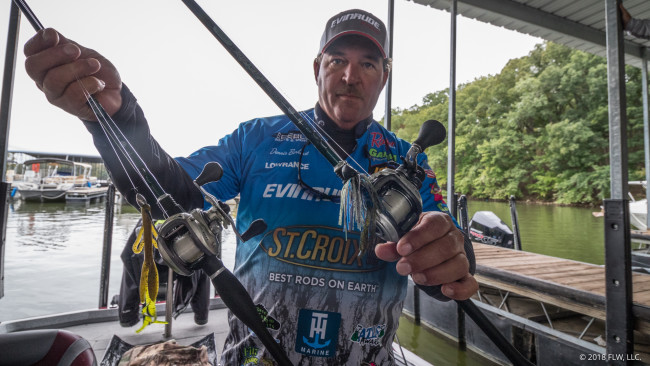 3. Dennis Berhorst made another top 10 on Lake of the Ozarks with a 3/4-ounce Strike King jig paired with a NetBait Paca Chunk Sr. He also flipped a Texas-rigged Chompers Boss Hawg (dyed the tail chartreuse) on a 5/0 Strike King Hack Attack Heavy Cover Flipping Hook. 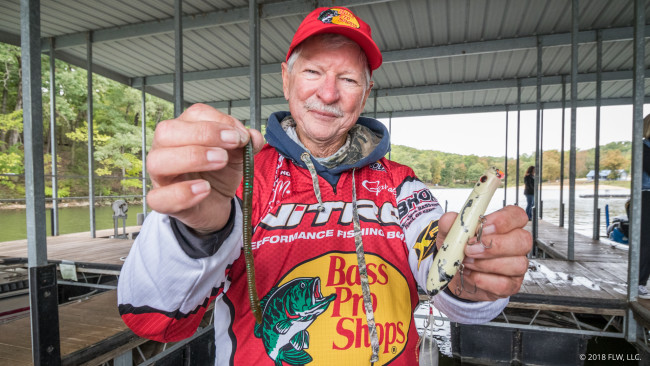 4. Stacey King locked up the Strike King Angler of the Year in the Central Division thanks to his third top-10 finish of the season. An Evergreen Shower Blows (bone color) helped him catch the biggest limit of the tournament – 23 pounds, 2 ounces. He also snatched a few on a green pumpkin Zoom Trick Worm. 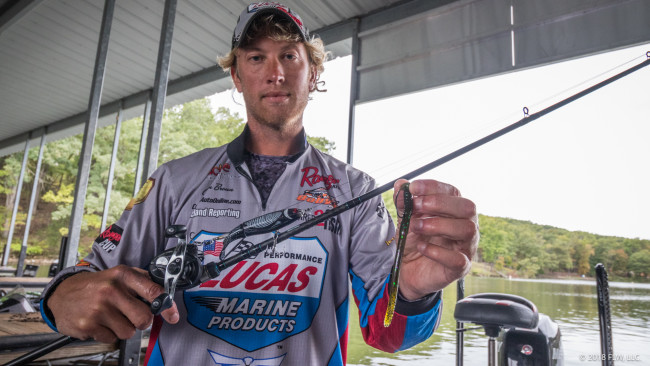 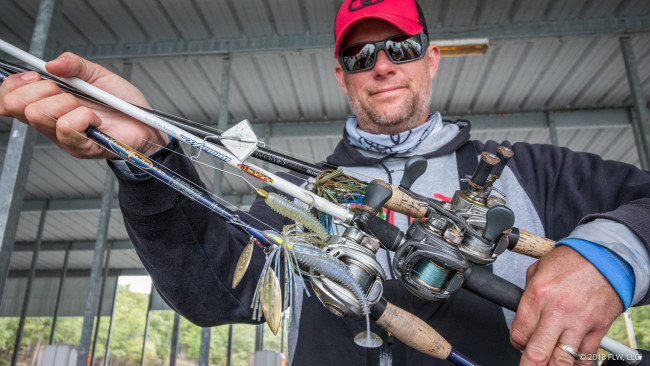 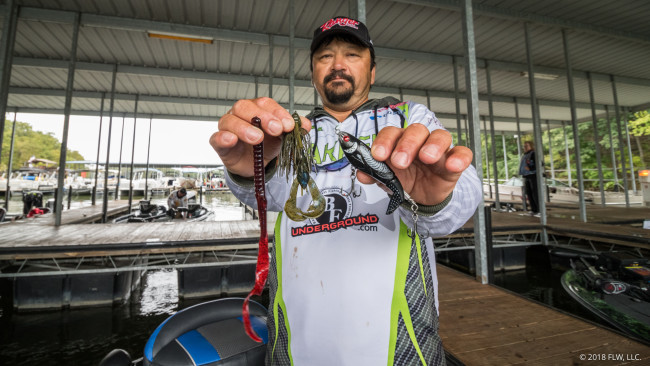 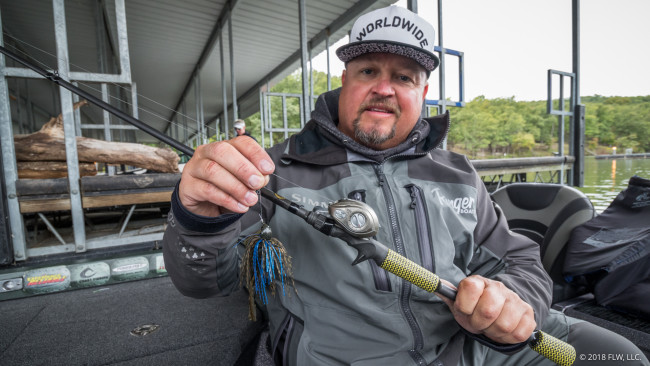 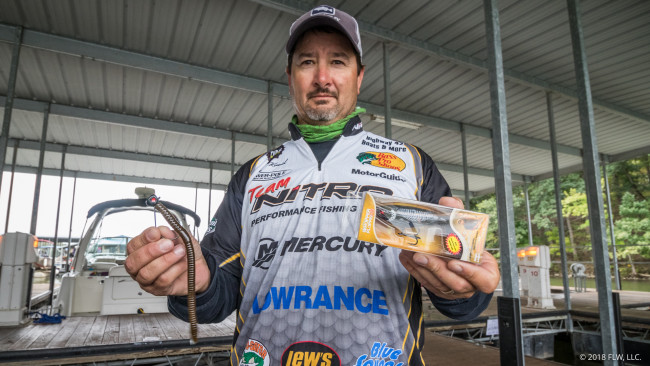 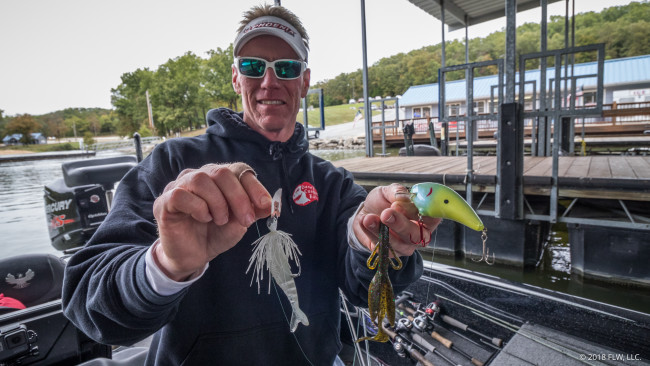 10. Always dangerous on Lake of the Ozarks, David Ryan fished his custom #3 Black Market Balsa crankbait (wicked puff color), which he has been making since 2005. He also utilized a white Z-Man ChatterBait with a Yamamoto Zako. When he flipped, he used a Chompers Boss Hawg in green pumpkin candy.