Guntersville Showing Out for Costa Finale 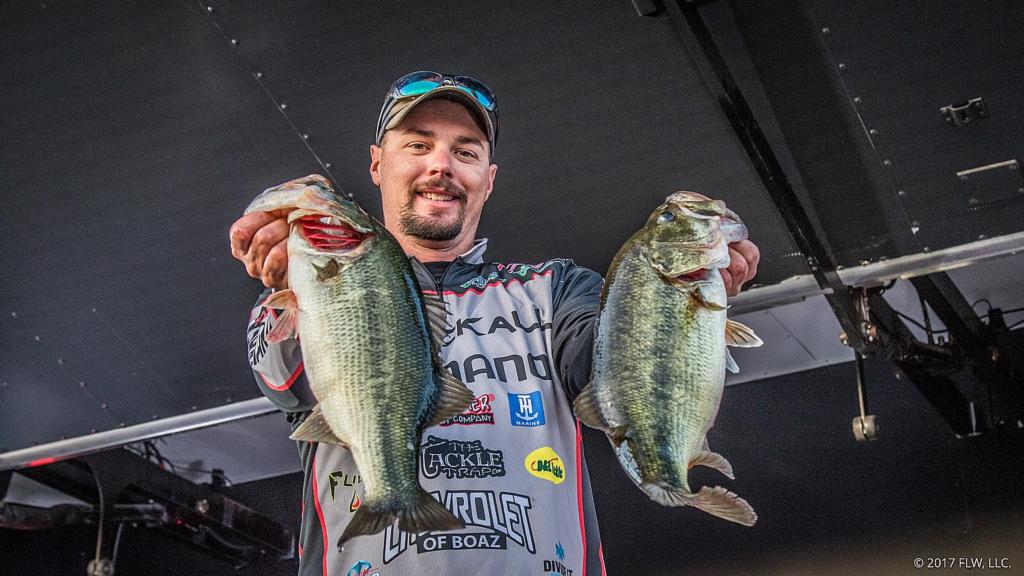 Few things are certainties in life, but you can certainly count on anglers catching a ton of huge fish when the Costa FLW Series Championship rolls into Guntersville this week. With bass settled into fall patterns and gobs of vegetation still giving plenty of cover to fish feeding in the shallows, there’s a good chance the lake produces 20-plus-pound limits early and often in the championship event.

Guntersville is known for its abundance of aquatic grasses. While falling temperatures and shorter days will eventually kill off much of the grass that makes up the fishery’s dynamite bass habitat this time of year, there’s still a healthy amount of green stuff for anglers to frog and flip.

The biggest wild card this weekend will be the same factor that’s been a question mark on Guntersville for years: fishing pressure. With a 200-boat field in the championship and a couple other major tournaments taking place at the same time, the lake is going to be pounded by heavy pressure from the Guntersville Dam to the Nickajack Dam.

When it comes to fall fishing on Guntersville, no two techniques catch as many tournament-winning bass as frogging and slinging an umbrella/Alabama rig. The question is, which one takes the Costa championship?

“When it’s on, you’re catching a lot of fish,” Alabama native and Costa FLW Series angler Ryan Salzman says of the Alabama Rig. “It could turn on this week on Guntersville. We’ve caught some fish on the Alabama Rig, but most of them have been little schoolers. With this cold snap [last week], those big ones could really start chewing it, and it could be an Alabama Rig slugfest with the top 10 all throwing a rig.”

On the other hand, on a lake as loaded with grass as Guntersville, it’s almost too good of an opportunity to pass up throwing a frog, and FLW Tour pro Alex Davis expects a frog to produce the winning fish on his home lake this weekend.

Davis guides on Guntersville, and he’s spent plenty of time on its waters lately, targeting fish in the lush vegetation. In Davis’ estimation, the frog bite is easily the most popular technique for catching them.

“They’re blowing up right in front of me right now,” he says, talking on the phone from his boat while on a guiding trip. “Since we’ve been talking, we’ve had three on.”

In areas where grass isn’t topped out, it’s possible to get on a hot flipping bite or find options for non-frog topwaters such as buzzbaits and River2Sea Whopper Ploppers.

Salzman expects to spend time looking for deep fish with a swimbait and believes the offshore bite could come down to fishing single swimbaits if the A-rig bite doesn’t produce.

In addition, fall staples such as lipless crankbaits and even spinnerbaits might come into play around grass, considering vegetation is waning and not totally topped out in many places. 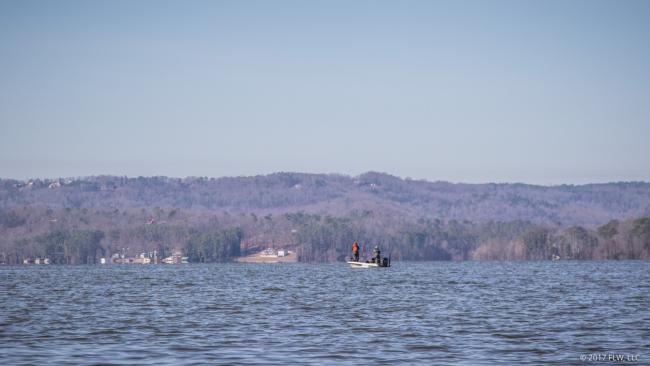 Guntersville is a huge lake – the largest in the state of Alabama – but fishing pressure of the magnitude that will grace the fishery during the championship is enough to stifle weights on any lake, anywhere in the country.

“The pressure’s going to be the biggest factor for this tournament,” Davis says. “You literally could find probably the best school on the lake and find three boats sitting there when you get there. That’s the biggest wild card of the weekend.”

Launching at Guntersville City Harbor, anglers would ordinarily have the opportunity to run up the river to “get away from people,” according to Davis, but in this case, running up the river will probably mean running directly into boats launching from the upper stretches of the lake for the local Heartland Anglers tournament. Finding grass someone hasn’t already staked a claim to could be the key to a top-10 finish.

“I think the Miracle Mile will be a big player,” says Salzman of the stretch of lake around the Goose Pond Colony Resort by Scottsboro.

It’s a stretch renowned for churning out trophy bass, but then again, it’s not exactly a secret. And with so many boats on the water at the same time, anglers will probably be forced into secondary locations to find some solitary waypoints.

“I’d say from Goose Pond to Honeycomb [is where the action will take place],” Davis says. “The upper stretches of the lake are going to have 300 boats before they [the Costa pros] ever get there.” 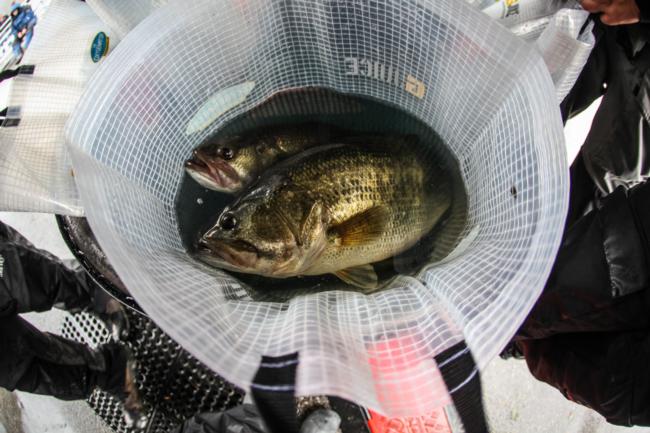 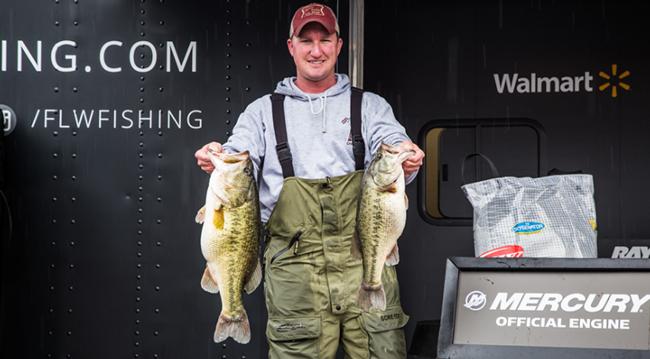 Pressure aside, there’s no reason to believe Guntersville won’t continue to produce heavy limits for the championship. It’s a big body of water with a big population of big fish.

Davis has a wealth of knowledge about Guntersville, and a pretty good idea of what it’ll take to win.

“Eighteen [pounds] a day,” he estimates. “It’s going to be the same old Guntersville it always is. You’re just going to throw in an extra 300 boats.”

Salzman’s estimate is right in line with what Davis predicts, though he’s a little more specific about how it’s going to happen.

It’s fair to expect large limits on day one of the event, but don’t be surprised if fishing pressure precipitates a small drop in weights each day. 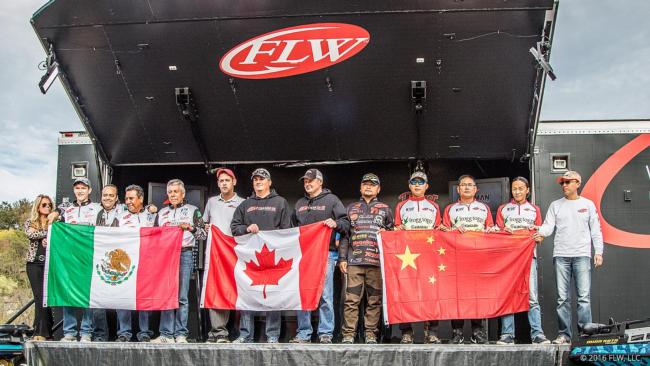 This week, anglers will be competing not only for the Costa FLW Series Championship title, cash and Ranger bass boats, but also for spots in the 2018 FLW Cup.

Six Cup spots are at stake: one each to the highest-finishing boater from each of the five U.S. divisions (Western, Southeastern, Southwestern, Northern and Central) and the International Division at the Costa FLW Series Championship.

15: In feet, the average depth of Guntersville. The lake bottoms out at 60 feet, but most of the fishable waters are fairly shallow compared to other Tennessee River impoundments.

30: Number of International Division anglers who qualified for the championship (14 as co-anglers).

13-1: Weight, in pounds and ounces, of the largest bass caught by an FLW co-angler at Guntersville, landed by Creighton Johnson in 2013.

12-10: Weight, in pounds and ounces, of the largest bass caught by a boater in a Costa FLW Series event at Guntersville, landed by Florida angler Trevor Fitzgerald in 2015.

16: Number of 10-plus-pounders caught for Big Bass awards in FLW events (BFL, Series and Tour) by both boaters and co-anglers on Guntersville.

102-8: Heaviest sack of fish for a four-day FLW tournament on Guntersville. Paul Elias broke the century mark at the FLW Tour event there in 2011.

3: Tournament days it took James McMullen to haul in 86 pounds, 7 ounces of bass at the Costa FLW Series event on Guntersville in February 2013.