Hard baits and plastics pull through in tough conditions 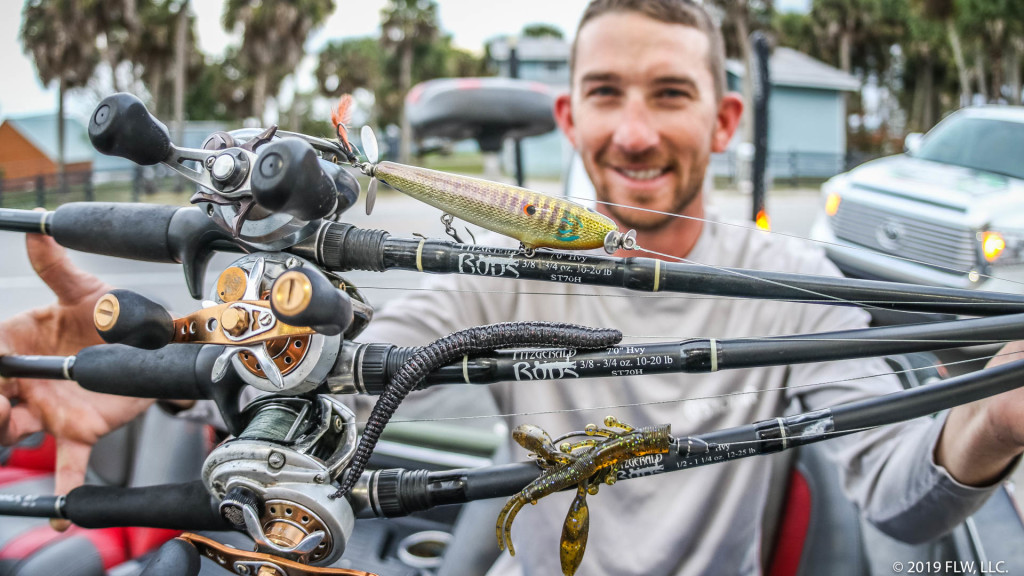 Lake Okeechobee wasn’t her normal self in the Costa FLW Series Southeastern Division opener presented by Power-Pole. Bites were few and far between, but the top-10 pros dialed it in and got it done. Winner Nick Thliveros relied heavily on a crankbait and so did others, but Florida faithful’s like swim jigs, soft plastics and topwaters also fared well. 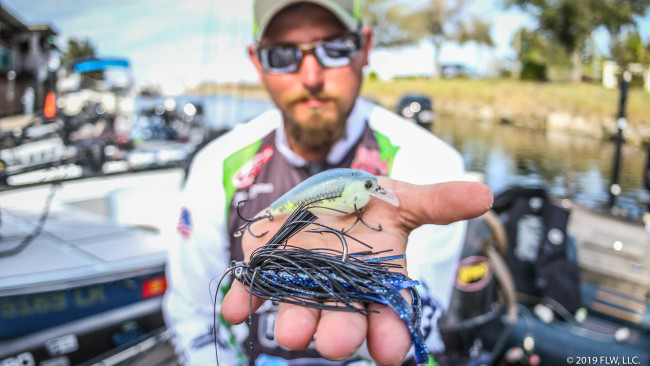 1. Thliveros targeted prespawn fish by keeping a Lucky Craft silent square-bill in his hand for the majority of the event. On the final day, he switched to a Nichols jig with a blue bug-colored Strike King Rage Craw and a Texas-rigged black, blue and silver-colored Bitters Salty Sling with a 1/32-ounce Bullet Weights tungsten weight to catch his fish. 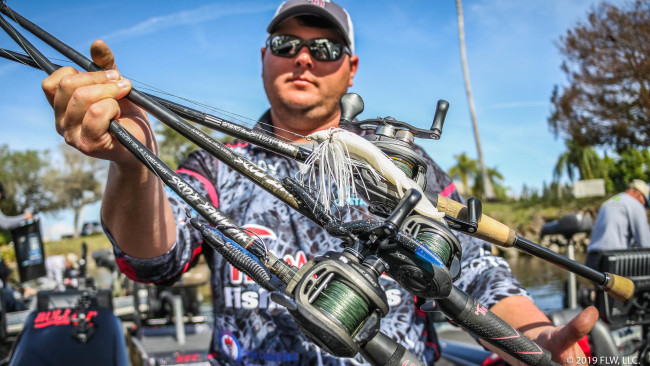 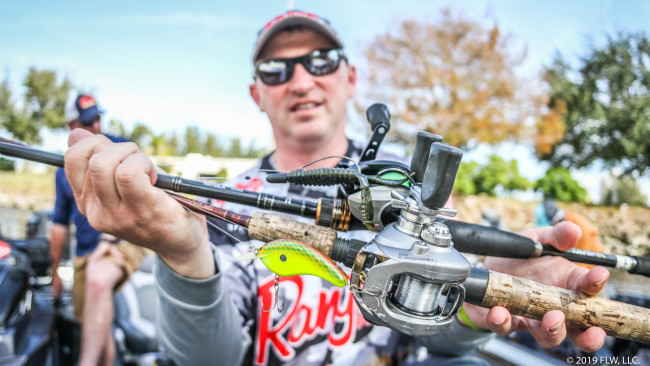 3. Jason Abram made a charge on the final day fishing in the same area as Thliveros. He cranked an Uncle Ernie flat-sided crankbait and flipped a soon-to-be-released Reaction Innovations’ bait called a Spicy Beaver on a 5/16-ounce weight. 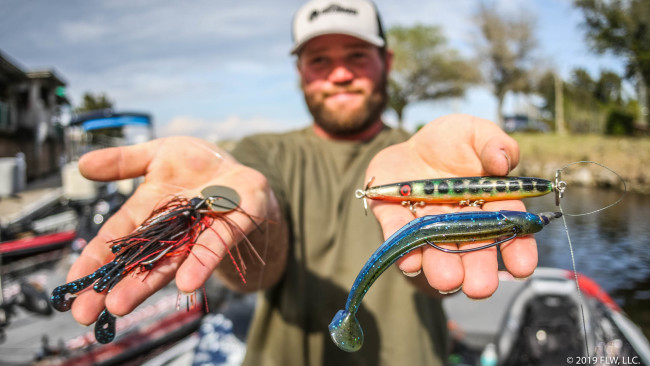 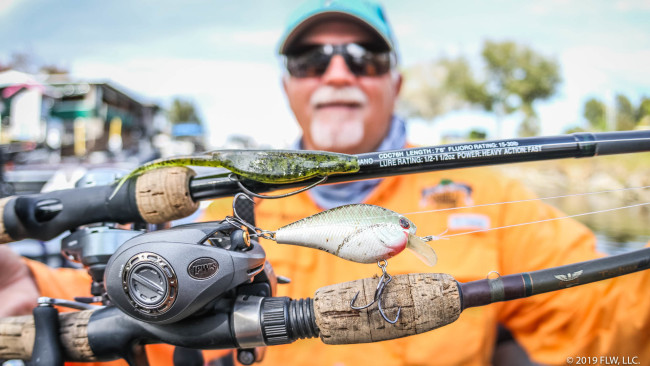 5. Sandy Melvin added another top 10 to his resume with the help of a Lucky Craft LC 1.5 square-bill and a Texas-rigged Bitter’s Skip Shad in watermelonseed. 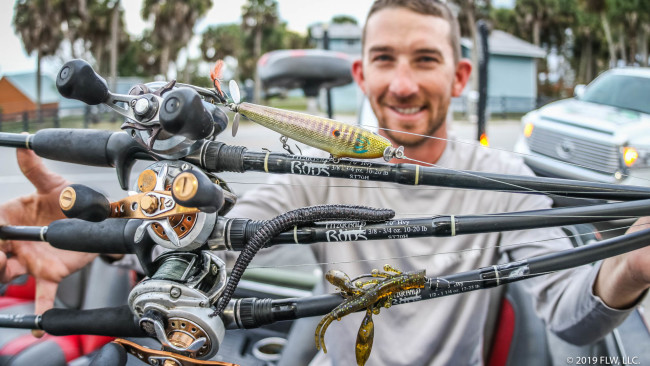 6. Bryan New mostly pitched a weightless Damiki Stinger to the edge of reeds and flipped a Damiki Air Craw on a 5/16-ounce weight to the heart of the clumps once the sun came out. With warmer water on the final day, he pulled out a Greenfish Tackle TAT. 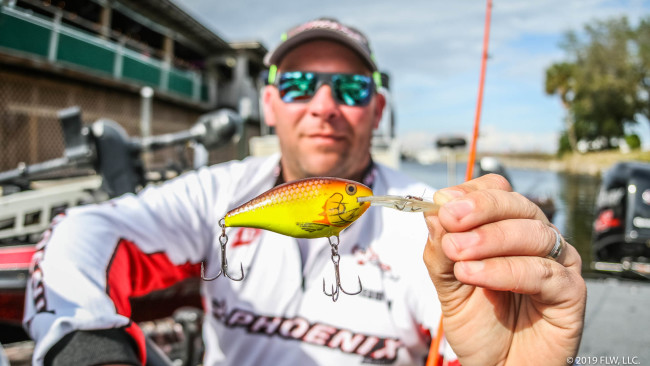 7. Lance Oligschaegler stuck to the Harney Pond canal for the entire event throwing the discontinued Rapala Risto Rap. It was the only Risto Rap he had with him and when the bill broke off in practice, he super glued it back on and it held up shockingly well, making it through the entire event unscathed. 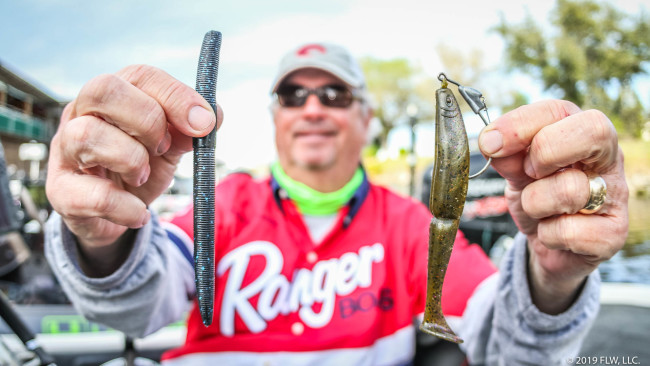 8. David Parsons kept it simple to score his first FLW Series top 10 with either a Gambler Big EZ or a Yamamoto Senko with a 1/8-ounce weight. 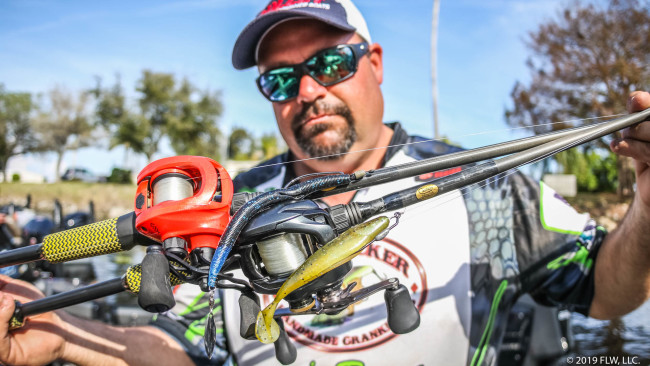 9. Billy Hall utilized a Florida staple in a Texas-rigged Brusier Baits Stick Worm on a 1/16-ounce weight, but the twist was he added small screw-in willow blade on the back. He also covered water with a Missile Baits Shockwave. 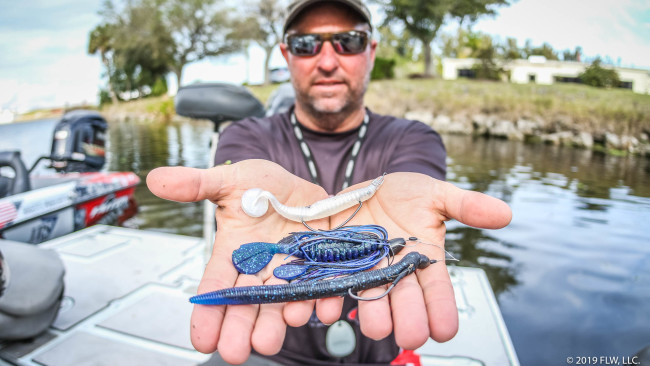 10. Rounding out the top 10 pros, Florida hammer Val Osinski had a trio of Gambler baits that led him to another strong finish on the Big O. He covered water with the brand new EZ Vibez swimbait, but when he had to slow down he flipped a Fat Ace or an Ugly Otter which he matched with a Starflash punch skirt.