Hatala has a giant, but the leader has yet to emerge 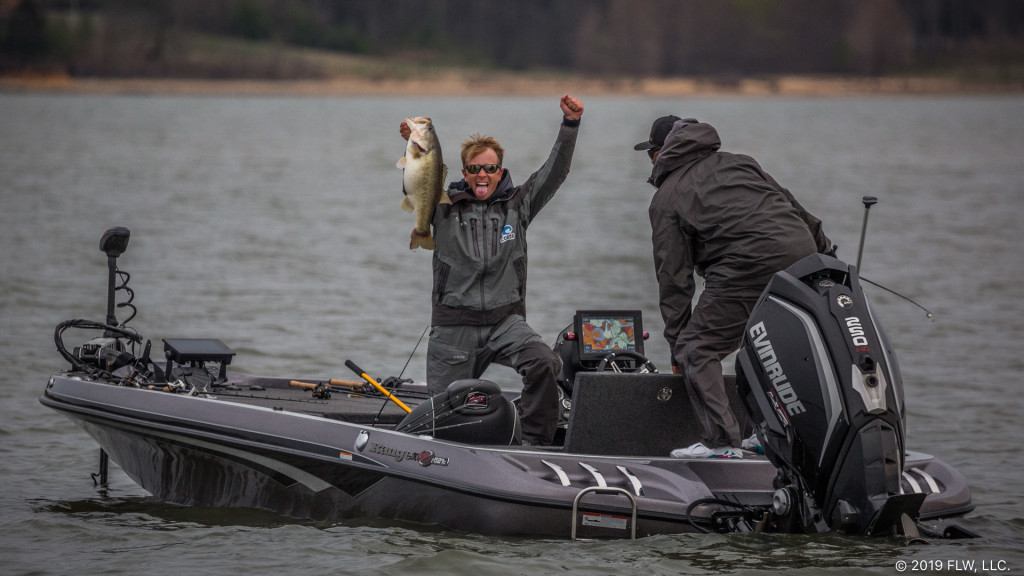 It looks like the prediction of slim pickings with occasional pots of gold is holding true for day one of the Costa FLW Series Central Division opener on Kentucky Lake. We covered a lot of water and snooped around the usual haunts, as well as some tucked-away spots; but bent rods were rare.

Steven Hatala got everyone’s blood pumping early with a legitimate Kentucky Lake giant that he estimated at 10 pounds. That’s an unofficial weight, but the fish was captured by an FLW camera and it was definitely a chunk.

The bulging belly bespoke prespawn female and Hatala’s spot, which he was fortunate enough to fish in solitude, looked like a classic staging area. Most of the boats we observed were working secondary points and gravel banks. Rip rap, marina docks, laydowns and stake beds also saw plenty of attention.

Anglers were throwing the usual mix of crankbaits, spinnerbaits and umbrella rigs. Some also slowed down with Carolina rigs and flipping jigs.

In addition to Hatala’s toad, a few others reported quality bites. Marty Johnson has a 6 1/2-pounder, Duke Jenkel has a 5-pounder and Jimmy Gayhart showed us one that’ll go about 4 pounds.

No one we saw during the first half of the day reported more than two fish. Limits will likely be hard to come by and one big bite will dramatically change someone’s day.

One thing that may be hurting some anglers is the recent drop in water level. The TVA has recently pulled a lot of water at a fast pace and some of the fish are likely rattled from this displacement. As Missouri pro Chuck Stratton noted: “Stuff you should be fishing is up on the bank.”

A partly-cloudy morning quickly yielded to overcast conditions. The afternoon forecast calls for rain, so it will be interesting to see if changing conditions have any impact on the bite.

Weigh-in starts at 2:30 p.m. CT, and there are sure to be some big ones, even if the quantity isn't there like in the days of yore.