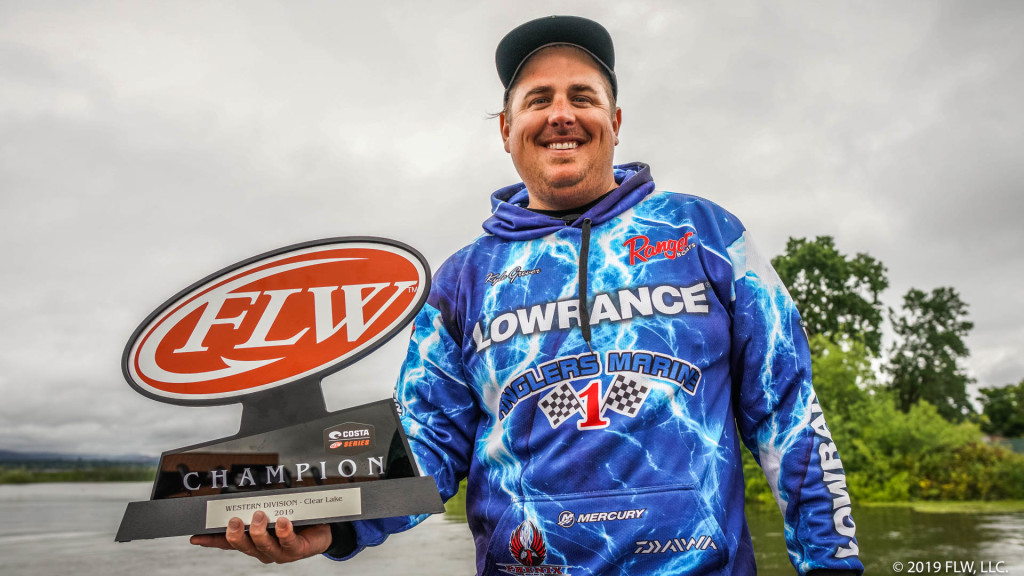 Fishermen often describe their best area of opportunity as “the juice” and Kyle Grover spared no effort in squeezing every drop out of his en route to notching a dominant victory in the Costa FLW Series Western Division event presented by Ranger Boats and hosted by Konocti Vista Casino Resort & Marina with a three-day total of 66 pounds, 13 ounces.

Looking at the stats, Grover’s week bore some impressive numbers. After placing 25th on day one with 16-13, he rose to second after sacking up 23-14 — the heaviest bag of day two. In the final round, Grover again caught the heaviest bag, but this limit catch of 26-2 was also tops for the tournament.

Additionally, Grover was one of only two pros (also second place Gary Collins) to break 20 pounds twice. Lastly, his winning margin of 8-13 was 2 ounces more than the weight of the tournament’s biggest fish — a pair of 8-pound, 11-ouncers that tied third place Joe Uribe Jr. and seventh place Lane Olson.

Grover caught his fish on the rocky shoreline of Henderson Point. Calling this spot the lake’s main community hole, he says the key was a patient, thorough approach. Despite facing rain on days one and three and big winds on day two, this strategy enabled him to maintain consistent productivity.

“I think I was fishing slower than everybody else,” Grover says. “Other boats were coming in there, but they’d only fish 5 minutes and leave. 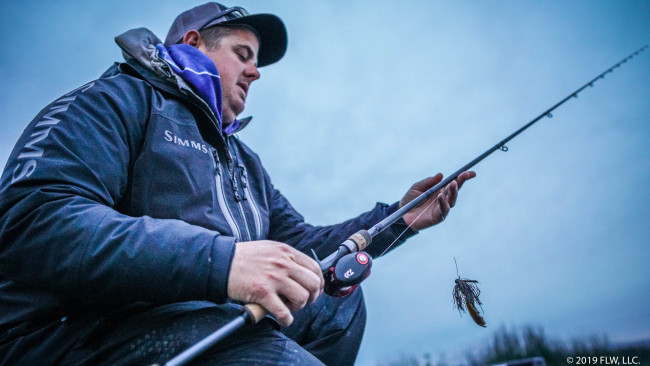 His primary bait was a Phenix football jig with the brown/green pumpkin skirt trimmed to the back of the hook. He fished a 1/2-ounce jig with a Strike King Rage Bug and a 3/8-ounce jig with a 3-inch Berkley Powerbait Chigger Craw. The latter was most productive.

“I used that smaller jig for two reasons: It would force me to fish really slow on the bottom and it wouldn’t snag as much,” Grover says. “When the wind would really blow I’d have to go to a 1/2-ounce because you couldn’t fish the little one in that wind.”

Grover also caught a few fish on a Norman DD22 crankbait in the chili bowl color. He mainly used the reaction bait during the windier day two, but it also produced one of his fish in the final round.

Noting that he worked up and down the shoreline all day, Grover says days two and three saw him catch a big fish on a prominent piece of structure that he learned from a local tournament legend a decade ago. 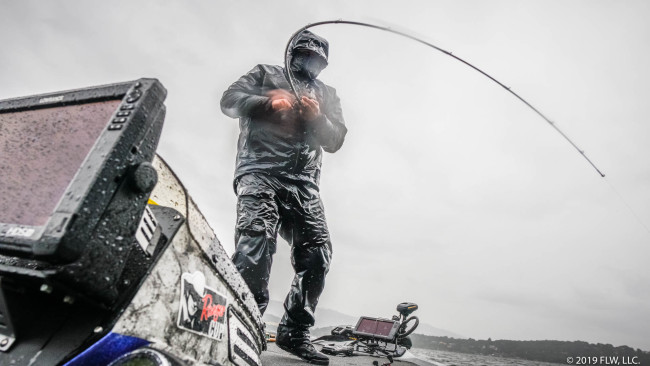 “That was just an irregularity because everything else is kind of steep up there. The other place where I caught my other big ones was a place that was probably a 45- to 65-degree angle, instead of being kind of vertical on the bank. That bank had the biomass on it. The last two days, I caught 75 on that little stretch.”

While Grover has a solid track record on Clear Lake – posting two previous top 10s in Costa Series competition – it shows the third time’s the charm as he earned his first title of his career. Along with the trophy, Grover also gets to haul $80,303 – which includes a Ranger Z518L with a 200-horsepower engine – back to Rancho Santa Margarita with him.