Thrift All the Way on Champlain 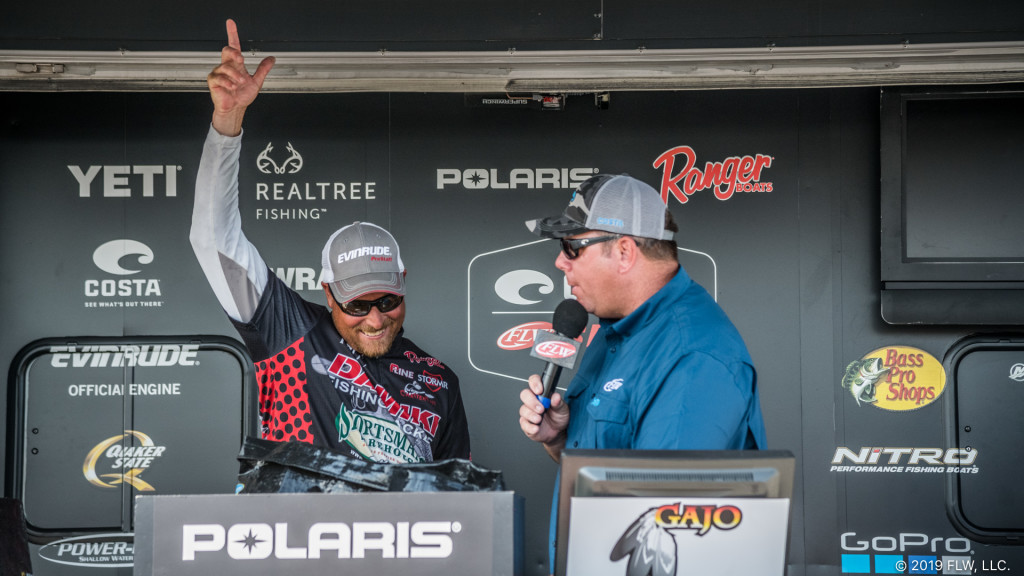 Taking the win in wire-to-wire fashion, FLW Tour pro Bryan Thrift tallied 18 pounds, 4 ounces on the final day for an even 57-pound total in the Costa FLW Series Northern Division event on Lake Champlain. For the win, Thrift earned $44,200 and a new Ranger boat, and it’s his 11th win with FLW. The Northern Division is presented by Gajo Baits and the tournament was presented by Polaris. 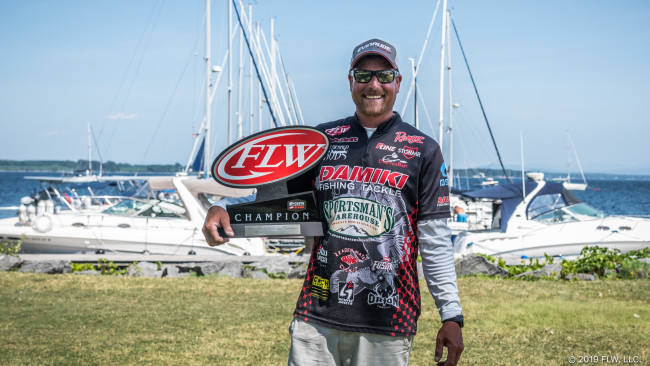 Historically, Thrift has been stellar throughout the south in his home state of North Carolina, Arkansas, along the Tennessee River and everywhere else. He hasn’t, however, really kept up his typical pace in the north country. After the last few weeks on Champlain, it’s safe to put that trend to bed.

“I’m not going to say it’s been my nemesis, but I’ve never really got in a groove on this lake until 2016 when we came for the Tour and I tied for 10th and ended up 11th,” says Thrift. “It was like the lightbulb went off then and I realized what I was doing wrong. Not that I learned what to look for, but I learned how to practice. I think that was the biggest thing.”

Thrift finished third in the FLW Tour season finale on Champlain just a few weeks ago to finish out a somewhat trying season for him. This was his third Costa FLW Series win, so he’s no stranger to them, but he says they’re all good ones.

“Man, it feels great to win,” says the Shelby, N.C., pro. “I feel like I’ve let a couple chances to win kind of slip through my fingers this year, and a couple of them were my fault. If I would have got beat in this one I would have got flat beat, and I can handle that. When I beat myself, I don’t like it.” 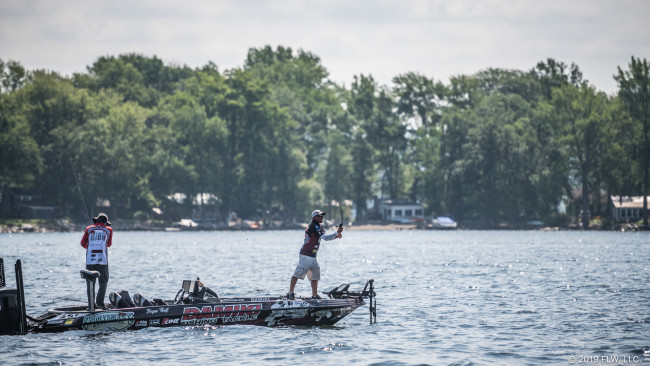 Thrift walloped 22 pounds of largemouths on day one, which undeniably set up the win, but the single fish that did it for him was actually a smallmouth he plucked from a rockpile in 15 feet near Plattsburgh.

“I had one spot about two miles from takeoff and I pulled in there at about 1:10, and we had to be in at 1:30,” says Thrift. “I caught a 3-10 there that culled a 2-12. That last-minute fish won the tournament for me. I was kind of mad when I caught it, because when I got there I caught a couple little ones and there were like ten 3- or 4-pounders following them to the boat. So, I’m scrambling, I’m throwing everything I’ve got tied on because I knew if I could catch two of the bigger ones I’d win it. I ended up catching one of them, and it was a madhouse. I had maybe two rods left on the deck with a bait tied on it.”

Thrift fished a lot like he did in the Tour event at the end of June. Mostly targeting shallow offshore grass on flats in Missisquoi Bay and the Inland Sea, he leaned hard on a Damiki Stinger (he says he went through at least 115 of them) in the 4- and 5.5-inch sizes on a Neko rig and a 1/4-ounce Texas rig. Day one was all largemouths, but he weighed in two smallies on day two and three on day three. In addition to the Stinger, he also mixed in a topwater and a small swimbait.

“The biggest thing was making myself slow down and fish and weed through little fish, the first day especially,” says Thrift. “I’d catch like eight or 10 fish, not even keepers, and then I’d catch a 4-pounder. Once I saw that, it gave me the confidence to weed through and get those bigger bites.

“There were definitely little sweet spots,” Thrift says of his areas. “I don’t know what was different about them than the rest of the area; maybe the grass was a little thicker or thinner or there were more perch. But, if you went through fishing and caught one, there’d be more around. It was kind of weird. The main area I was in, it would be all smallmouth in the morning. Then, after 7:30 or 8 o’clock it would transition over to all largemouth.” 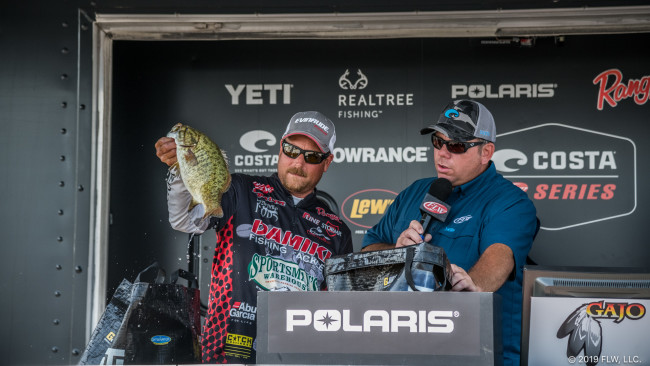