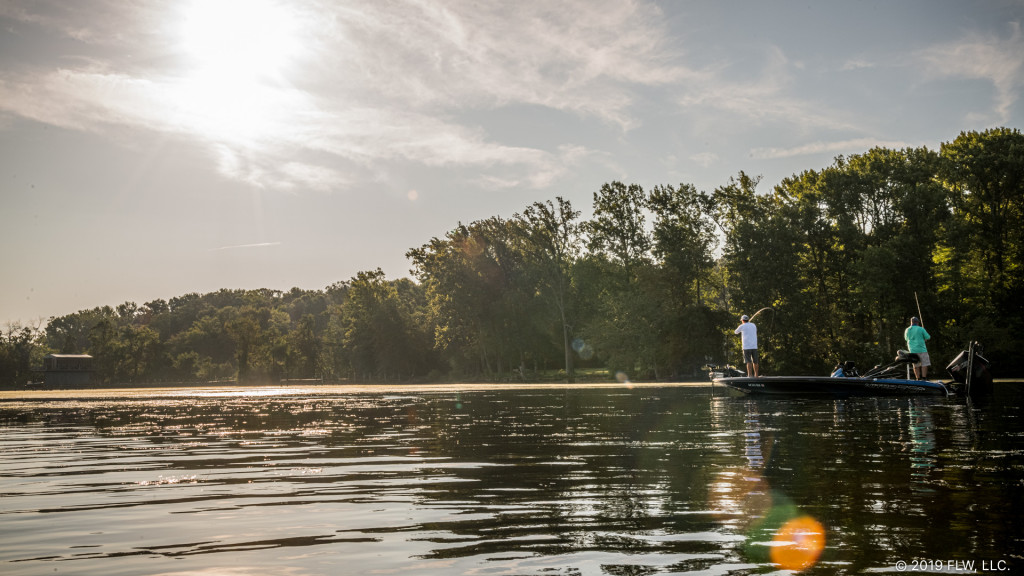 Weights are tight at the top of the leaderboard
August 22, 2019 • Jody White   • Toyota Series

As is so often the case, the first day of the Costa FLW Series Northern Division presented by Gajo Baits on the Potomac River wasn’t quite as bad as some predicted in practice. Though it was hot and humid as all get out, plenty of limits hit the scale and enough pros weighed 12 pounds or better to make things really interesting. Leading day one of the event, which is presented by Lowrance, Marvin Reese weighed 14 pounds, 12 ounces to kick things off. Behind him, Jason Kervin and Justin Atkins are tied with 14-5, and things taper down from there, with everyone in the top eight having 13 pounds or better.

One possible curveball for day two is the weather – thankfully, it’s going to cool down. That cooldown is going to come with some north wind and rain in all likelihood, which may well change the bite. 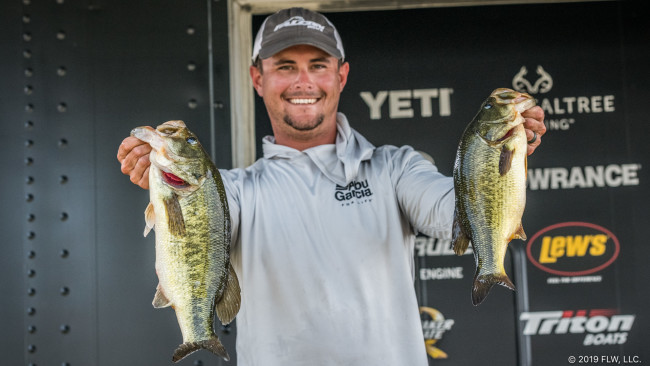 After finishing 47th in his first crack at the Potomac in the 2017 FLW Tour event, Atkins bombed in a Costa FLW Series event back on the Potomac that same year. After day one, he’s positioned to pick up his best finish on the Potomac yet, and maybe even win the whole shooting match.

“It started good,” says Atkins. “I got a good boat number, and I had a little community place I wanted to start on and I caught two of my weigh fish of it this morning and filled out a limit by 7 o’clock. That allowed me to go to some areas where I’d got a few bites and really try to figure them out.”

After adding a few more fish at his second stop and another at his third, Atkins started practicing.

“To win multiple day tournaments you’ve gotta have multiple places and keep an open mind,” says Atkins. “So, when I got a good start today I decided to kinda go around and try to find some new areas to fish and go from there.”

Fishing mostly grass, the day went so well for Atkins that he never had to hit his backup limit spot.

“Catching what I caught today, I’m hoping it will give me a little room to slip up tomorrow,” says Atkins, not that he wants to slip up. “With the boat numbers flipped I probably won’t get my starting hole, but I’ve got a place I saved that’s got a lot of fish on it and I rode by it a few times and never saw anybody there.” 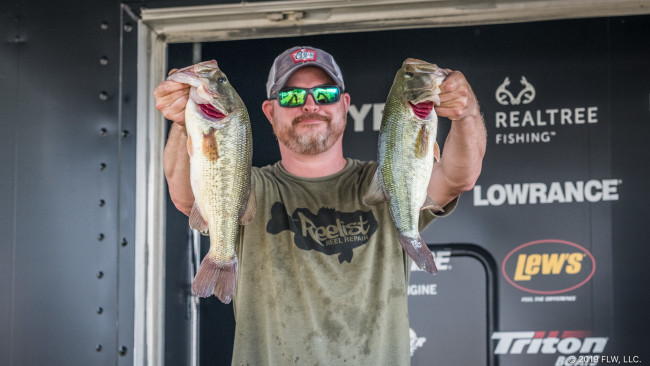 A Northern Division stalwart, Jason Kervin is in position to make his second top 10 on the Potomac, but he’s going to have to walk a fine line to keep on pace.

“I’m not fishing around many boats,” says Kervin. “I got eight or nine bites today, and I lost three, and a couple of them were pretty good. It’s a slow deal, you have to work real slow. There’s not a ton there, but the quality is there.”

Fishing basically in one creek the whole time, Kervin has definitely taken a quality over quantity approach.

“I think I can go back tomorrow and do it again, but they’re going to have to cooperate because it’s a grind,” says Kervin. “I’ve got several different things I’ve got going on, but they don’t jump in the boat.” 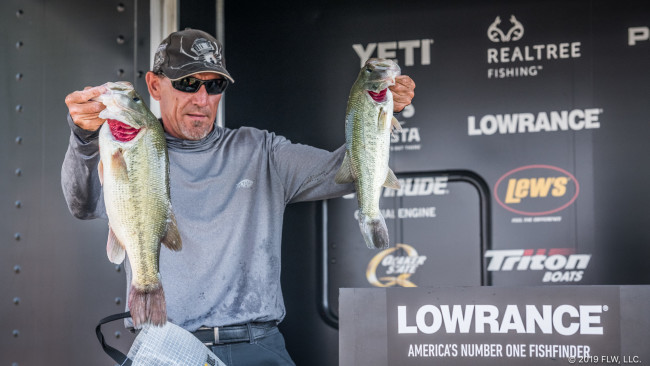 In his career, Robert Grike has already accumulated eight top-10 finishes on the Potomac, and after signing up literally the day before the event, he’s on track to pad that number.

Grike caught a lot of fish on day one, but his first cast was the best.

“I was fishing a submerged barge, and on my first cast I caught one almost 5 pounds,” says Grike. “So I just fished really slow all day with plastics and a jig and that’s how I caught all my fish. At the end of the day I came down here and we had five minutes left, so I tied on a Sweet Beaver and made five flips and caught my third biggest fish flipping a mat with two minutes left.”

Fishing mostly rock, docks and other hard stuff all day, Grike caught pretty good numbers compared to some others in the field.

“Just peckin’ away at hard cover, that’s all I did today,” he says. “My partner and I probably caught maybe 25 keepers; getting a limit wasn’t hard, getting the big fish was – they’re very tough right now. I knew right away when I got that big fish that was a big bonus.”

With some weather on the way, Grike is just a bit nervous about day two.

“I think the conditions are going to change dramatically tomorrow with that front,” says the Virginia angler. “I’m either going to crush them or I’m not going to catch much. I think if it doesn’t blow too hard I could have a good day. It was a little too calm and still today for some of the stuff I usually fish.” 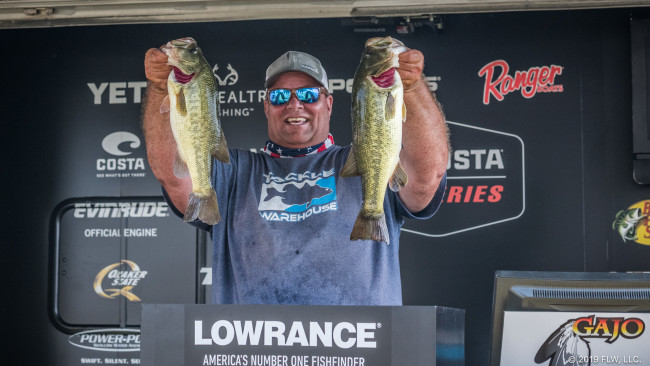 Shocking no one, Gregory Wilder turned in another good day on the Potomac. With no FLW wins to his credit, Wilder has made the top 10 in each of the last three Costa FLW Series events on the Potomac.

While a lot of pros had quick starts, Wilder says he caught his fish throughout the day, starting on hard cover and transitioning to grass.

“It’s been tough; I’m just trying to get five bites, and I jumped a 5-pounder off,” says Wilder. “Hopefully we can do it again – I don’t know what the cold weather is going to do.”

Throwing a finesse bait and a swim jig, Wilder thinks his bite should be best later.

“The window is probably when the tide is pretty high, but I ain’t taking no chances,” says Wilder. “I’m just gonna grind.”