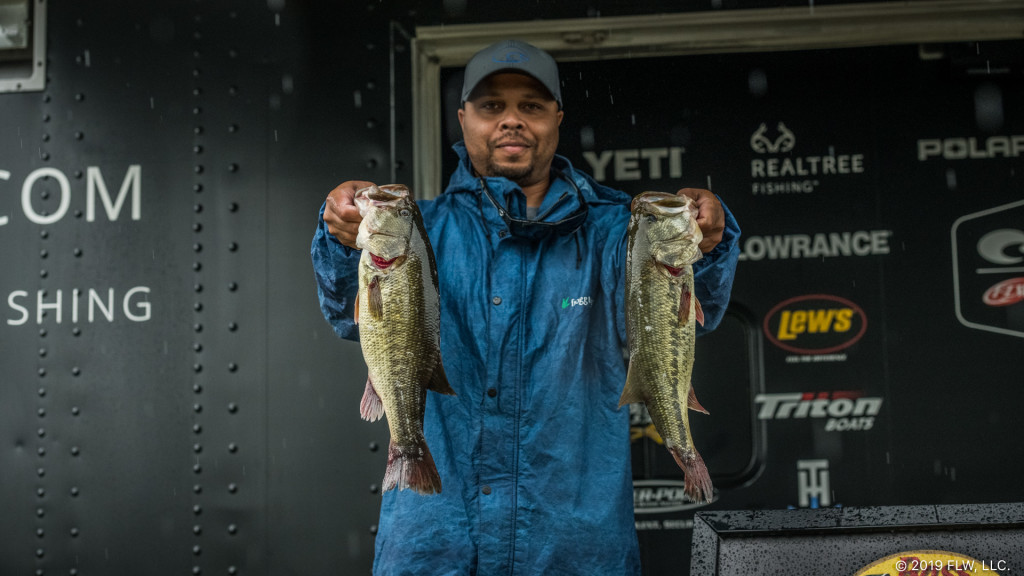 A lovely morning gave way to a dismal afternoon on day two of the Costa FLW Series Northern Division presented by Gajo Baits on the Potomac River, but despite the difference in conditions, Marvin Reese kept on plugging. Weighing 14 pounds, 12 ounces on day one, Reese added 15-14 on day two for a 30-10 total. With his day two bag, Reese has now weighed the two biggest bags of the event, which is presented by Lowrance, and he’s widened his lead over Justin Atkins to nearly 4 pounds.

Fishing up the river around hard cover for the most part, Reese hasn’t caught many fish each day, but he’s caught quality.

“It went according to plan,” says Reese, who has a pile of Potomac experience. “I only caught six keepers again today; I’m trying not to beat up on the fish, however I had a couple of misses today. I broke one off which I don’t believe was a bass, but I did have one hooked up that I think hurt me.

“At the end of the day we came into some grass, I was trying to help my co-angler get a few fish, but I would have fished hard cover all day,” says Reese. “But, he caught two keepers there and I actually caught a keeper that culled me up maybe a half a pound.” 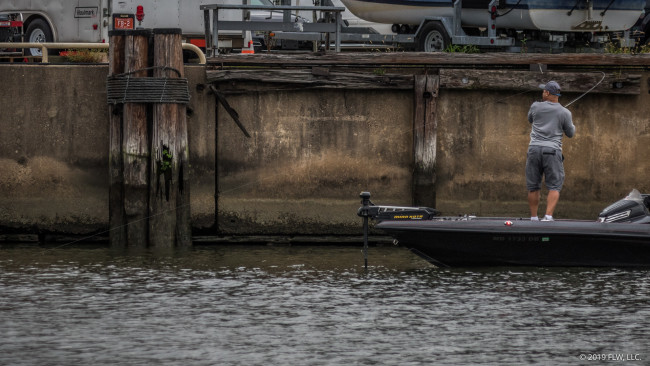 Among the top pros, grass is definitely the predominant pattern, but a lot of pros did well on hard cover on day one and Robert Grike is in third place on the strength of it. If all goes well for Reese tomorrow, he’s got a shot to go wire-to-wire for his first FLW win on the boater side.

“If I can catch five I think I’ve got a shot at winning – if I can catch five,” says Reese. “I’m around big fish, I’ve just got to get five in the box. I’m gonna milk it for all it’s got tomorrow.” 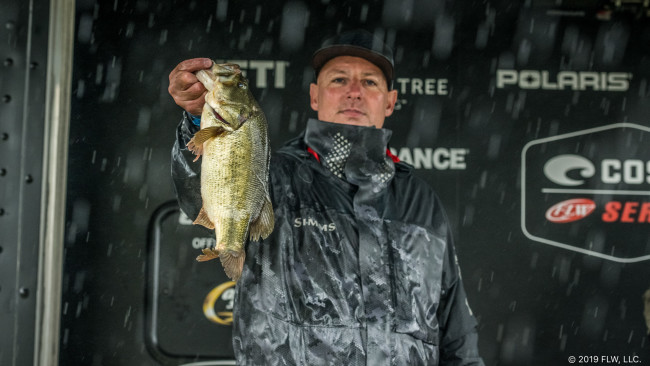 Kephart moves ahead on co-angler side

Moving up from second on day one, Ted Kephart added five fish worth 8-2 on day two to take over the co-angler lead with a 20-12 total.

On day one, Kephart landed five fish on five bites, and he did the same on day two.

“Today was a real tough day, I fished with Jordan Thompkins, and the kid is an excellent caster, it was hard to fish behind him,” says Kephart. “Today we were working hard cover, yesterday we were fishing grass. Five bites is all I need tomorrow.”