Reese is struggling to slam the door 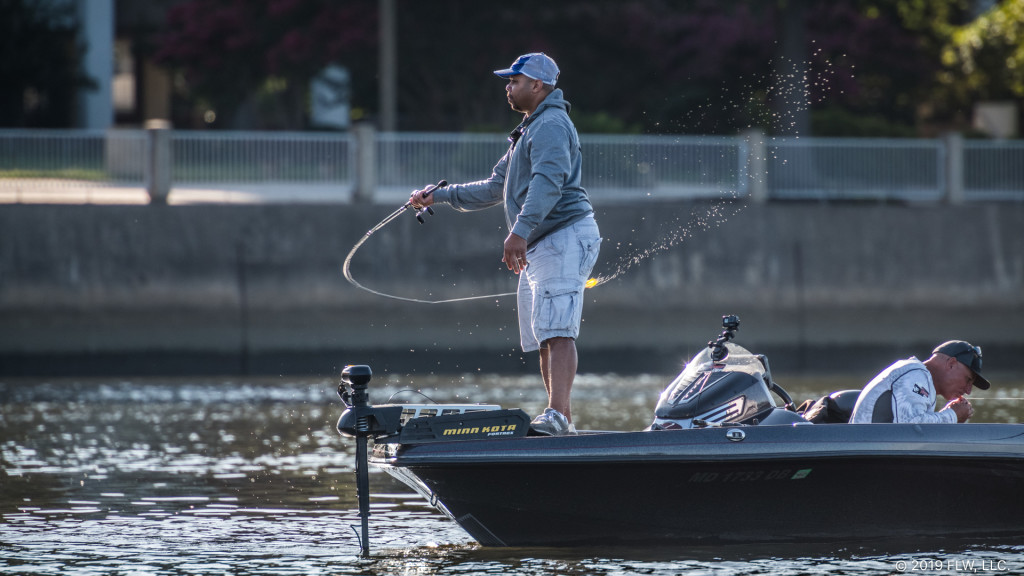 The final day of the Costa FLW Series Northern Division presented by Gajo Baits event on the Potomac has offered chamber of commerce weather and some up and down fishing.
The event, which is presented by Lowrance, has featured pretty tough fishing overall, and it seems like some of the top 10 may fall victim to it today.

In the lead, Marvin Reese ran back up to Washington, D.C., and by 10:30 a.m. or so had a grand total of zero bass in the boat. Reese hasn’t been catching a ton of fish this week, but he’s going to need at least 10 pounds (and likely more) to close this out, so he needs to get to work.

In second, Justin Atkins has been about on par – by noon he had around 11 pounds in the livewell. His afternoon could offer a chance to cull up though, as he missed a couple good fish on a frog early in the morning and he thinks he can go back and catch them when the tide rises this afternoon.

Behind Atkins, there’s a whole mix of action. Starting in third, Robert Grike is one of the local favorites and had managed two fish by 11:30. Two fish wouldn’t ordinarily be worth remarking over, but they totaled about 7 pounds – if he fills out his limit with just moderate fish he’s got the makings of a good bag. Starting about a pound behind Atkins, Ryan Davidson was having a pretty good morning – he took a bit to limit, but culled to around 11 pounds 10:30.

Because anglers are fishing about everywhere from Aquia to D.C. this week, our only other updates are from Jordan Thompkins, who has a limit for about 9 pounds, and Wil Dieffenbauch, who caught two keepers super early in the day. With that being the case, weigh-in is sure to be interesting, so you’re gonna want to tune in at 2:30 p.m. ET or come on down to Smallwood State Park.