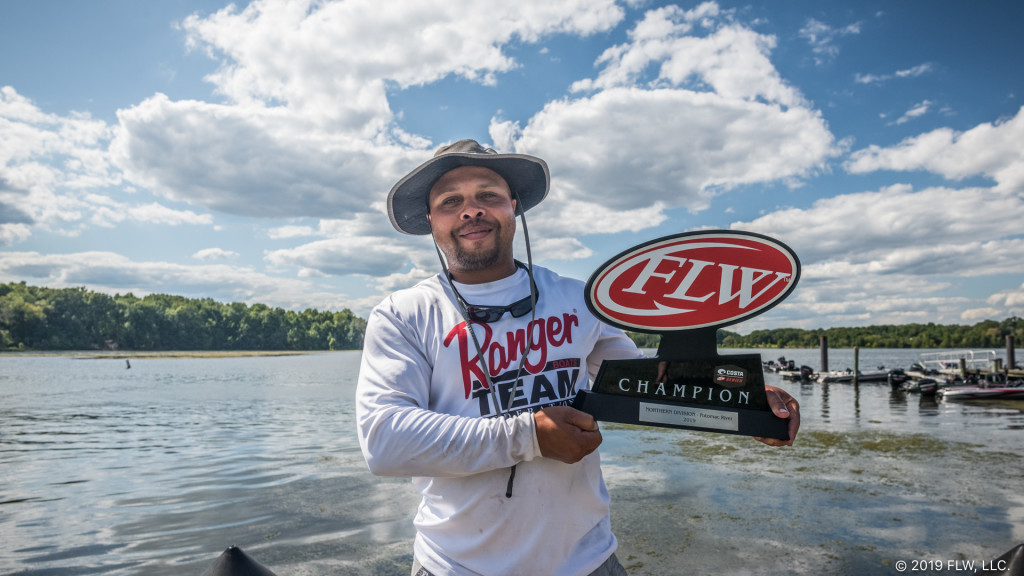 The final weigh-in of the Costa FLW Series Northern Division presented by Gajo Baits event on the Potomac was one of the most intense of the season. Coming in with just four fish for 8 pounds, 5 ounces, Marvin Reese seemed likely to relinquish the lead he’d had since day one.

“I was absolutely sick when I pulled up here,” says Reese. “I’ve been in this position as a co-angler, and I had two fish break off today and another two hooked up and I thought I blew it.”

Still, with the rest of the top 10 outside of Troy Morrow not catching them, Reese could rely on the cushion he built the first two days. When he pulled the last fish from his bag, which gave him a 38-15 total, everyone knew he’d done enough.

For winning the event, which was presented by Lowrance, Reese takes home a check worth $38,026, and his first FLW title on the boater side. 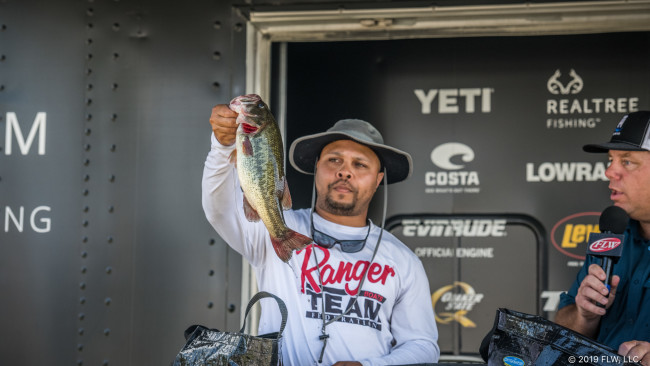 “It was just meant to be,” says Reese. “Because I shoulda had this thing blown out. It feels great, I did real well as a co-angler, and about three years ago I jumped over to the boater side and I’ve been struggling. Quite frankly, I haven’t had time to practice because of my job, and I’m just fortunate that this is my home body of water and for the last four Sundays I’ve been able to get out and scout.

“Everything worked out this week,” adds Reese, who works in real estate. “I had good fish, I knew if I caught five a day I could win it. If I could have got that fifth one today it wouldn’t even have been close, because I had the bites. So, I rationed the fish, I didn’t beat ‘em up.”

Reese added a fish or two in grass on days one and two and caught a couple on shallower hard cover up near Washington, D.C., but the vast bulk of his weight came from one particular structure. It was a big pier with deep water right on it, and Reese milked it expertly with either a ½-ounce green pumpkin jig and matching Strike King Rage Craw or a 3/16-ounce shaky head with a green pumpkin and green flake worm. 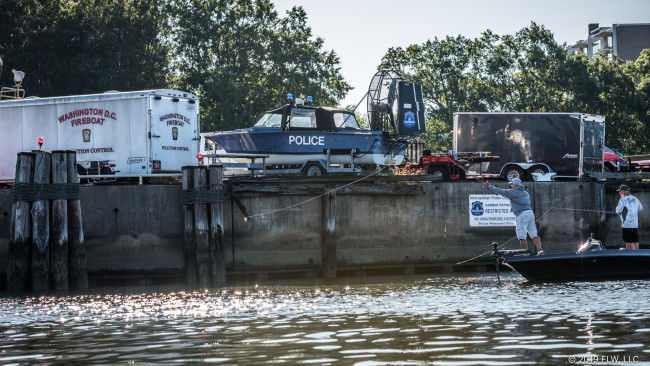 “That one structure had two key spots on it that accounted for 12 of the 14 bass I weighed-in,” says Reese. “The two corners are the sweet spots, and I had stuff pretty dialed in on that dock. That structure I was fishing is hollow underneath, and once that tide gets to a certain level they sit under there and they come out and hit it on the fall. Not a fish we caught there all week hit it on the bottom.”

Reese struggled on the final morning, but finally managed to scrap up three late in the day, with his third fish coming in the Spoils.

“I thought if I could get one more fish I would run back up there to that dock to try and get a kicker,” says Reese. “I fished and fished and didn’t catch one, so with 15 minutes left I ran back up there anyway. With three fish in the boat and 15 or 20 minutes to fish I pulled up on it and caught one, and that ended up being the difference.”