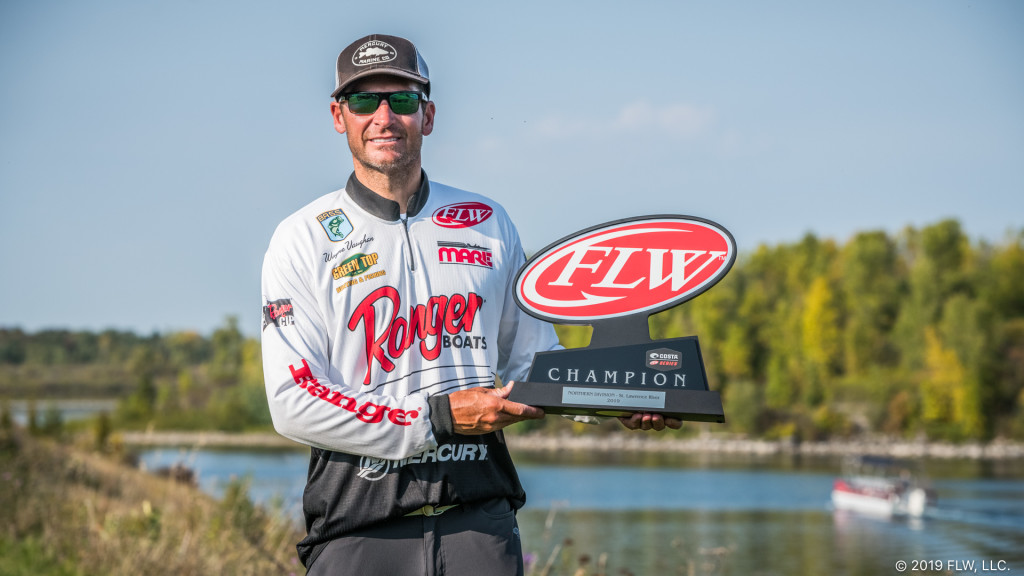 He’s only been fishing for them for maybe 5 years, but Wayne Vaughan is eaten up with smallmouth.

“They’ve become a burning desire for me,” says the Chester, Va., pro. “I absolutely love them. I make five, six trips a year up north to fish for them.”

Well, this is one smallmouth trip he won’t soon forget. Making a key adjustment on the final day, Vaughan turned a small limit into a tournament-winning 20-pound, 11-ounce stringer to take home the victory in the Costa FLW Series Northern Division finale on the St. Lawrence River, presented by Gajo Baits.

“Winning a Costa has been my dream all along,” admits Vaughan, who turned in a three-day weight of 63-5. “And to win it up here on smallmouth makes it even better.”

Winslow gets win on co-angler side

With so much water to fish, Vaughan focused the majority of his practice less on the geographic location and more on whether he was going to fish deep or shallow, as both were equal players for many of the top anglers in the field.

Ultimately, Vaughan made the decision to focus deep after catching a 6-pounder the final day of practice out in the depths of the St. Lawrence. 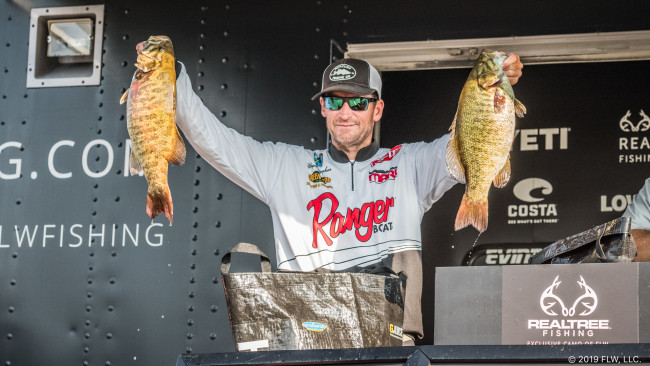 “I mainly focused on the tips of island points in 20 to 50 feet of water,” explains Vaughan. “Anywhere with a lot of current.”

Current would play a key role in what ended up being his winning decision on Saturday.

Upon pulling up to his first stop of the morning, Vaughan noticed “slimy grass” floating in the water column, indicating to him that the current was significantly weaker than the previous two days.

“When I saw that, I knew I was in trouble,” says Vaughan. “If there’s one thing I know about smallmouth, it’s they like current.”

While he was able to scrape up a quick limit by 8 a.m., it didn’t weigh much. So, he decided to go fish a spot on the main channel where he knew there would be more current than near the islands (which are off the main channel). It was a spot he’d caught plenty of small fish in practice, but very little quality. 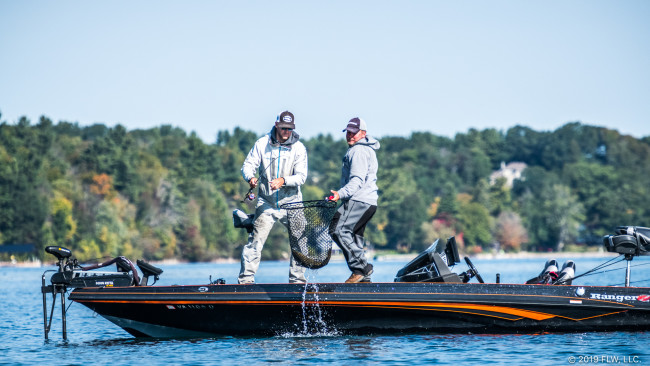 “I pulled up and saw a big fish on my electronics,” says Vaughan. “I said ‘please don’t be a walleye,’ because I’d caught some big walleye out on the main channel in practice. It ended up being a 5-pound smallmouth. From then on, I knew I needed to stay on the main channel.”

Like he did all week, he then began bouncing around as much as he could – figuring he hit more than 20 spots a day between Morristown, N.Y., and Clayton, N.Y. – picking off a fish or two every so often. He didn’t catch many fish – maybe 10 – but they were the right quality to bring in the lone 20-pound bag of the day.

Considering he stayed deep all three days, Vauaghan weighed in every fish on a drop-shot with a 1/2-ounce weight and either a Berkley PowerBait MaxScent Jerk Shad or Redbone-colored Z-Man Jerk ShadZ.

“Making the move to the main channel ended up being the biggest key for me,” says Vaughan, who was one of the few pros fishing deep who didn’t struggle on the final day. “Once I figured that out, I just ran new water and was able to relocate those bigger smallmouth.”