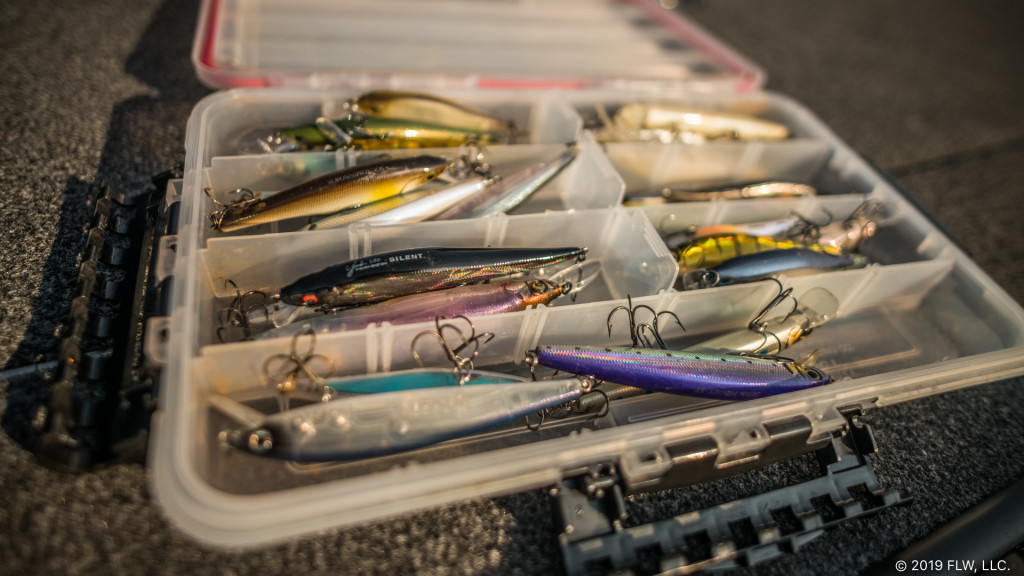 Regardless of how far anglers ran, whether 95 miles or 5 miles, the Costa FLW Series Northern Division finale on the St. Lawrence River presented by Gajo Baits really came down to a battle of deep versus shallow.

Deep ended up winning out thanks to winner Wayne Vaughn, but it just as easily could’ve been won shallow, and there was quite the mixture between the top 10 pros.

Here’s a look at the baits that helped the top 10 get the job done on the St. Lawrence. 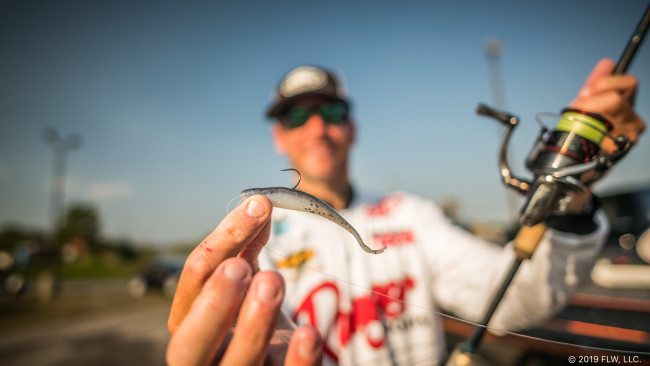 1. After catching a 6-pounder out deep in practice, Wayne Vaughan committed himself that approach, focusing on points of islands with a lot of current. There, he weighed in every fish on a drop-shot with a 1/2-ounce weight and either a Berkley PowerBait MaxScent Jerk Shad or a Z-Man Jerk ShadZ. 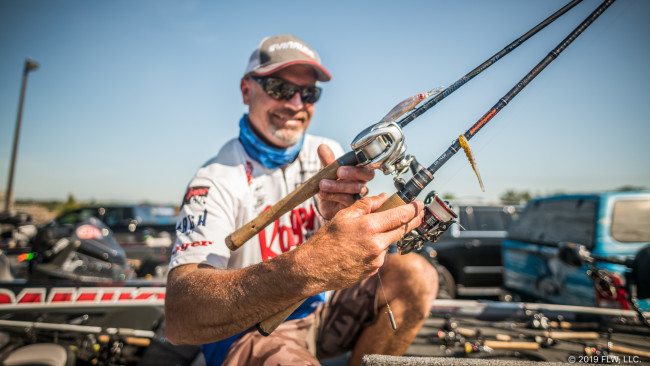 2. Scott Dobson won Angler of the Year and nearly pulled off the tournament win by making a 95-mile run to fish shallow flats near Wolfe Island. He utilized a one-two punch to “sight-fish” roaming smallies with a Megabass Ito Vision 110 jerkbait in a limited-run Canadian Reaction color and a 3/8-ounce drop-shot tipped with either a Jackal Crosstail Shad (ayu) or Gajo Baits Spirit Shad (green pumpkin blue hilite). 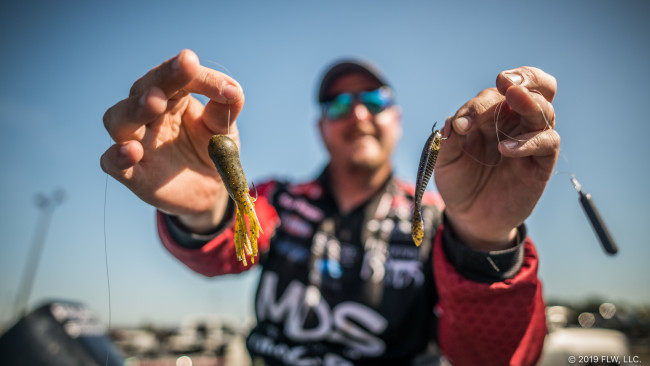 3. AJ Slegona didn’t get many big bites each day, but he was able to capitalize on the ones he did get with a green pumpkin tube and a drop-shot with a Z-Man Trick ShotZ (The Deal). He alternated between 3/8- and 1/2-ounce WOO! Tungsten weights on his drop-shot depending on the strength of the current. 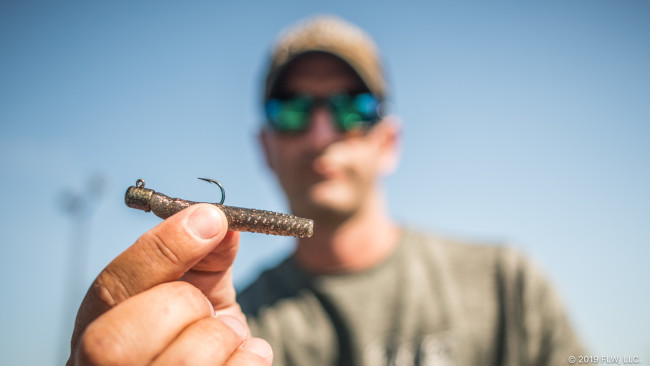 4. It was a 50/50 split of deep and shallow for Casey Smith en route to locking up his third-consecutive top 10 in the Northern Division. He spent the first day-and-a-half out deep, fishing current breaks in 30 to 50 feet with a 1/4-ounce head tipped with a Z-Man TRD (green pumpkin). At noon on day two, he made the switch to shallow flats, tossing around a Duo Realis Spinbait 80 (ayu). 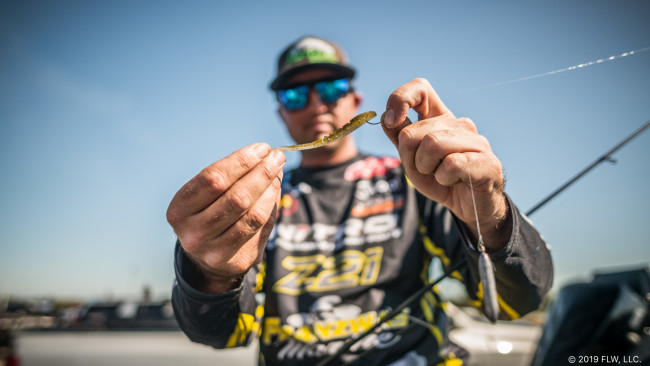 5. Jason Burger was the only angler who was able to crack the 20-pound mark the first two days of the tournament, due in large part to “a little magic spot” down past Ogdensburg. He plied the deep shelf with a drop-shot with an X-Zone Lures Pro Slammer (goby crush) and a Carolina-rigged X-Zone Craw (green pumpkin). 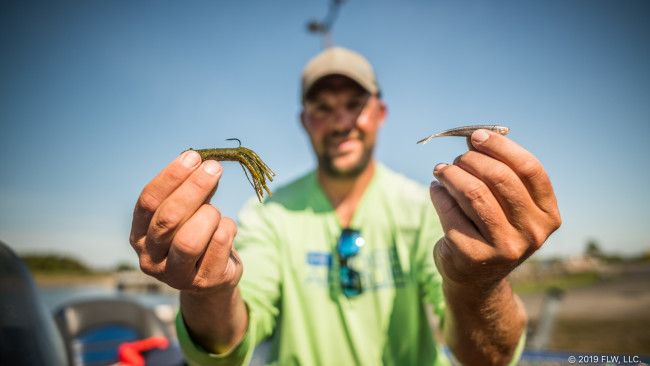 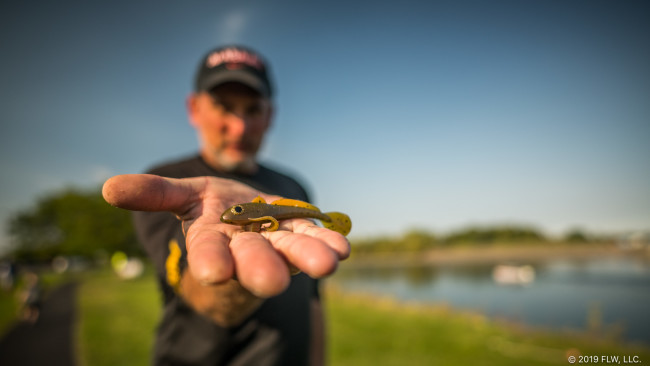 7. Fishing a milk run of specific current breaks, Ken Golub alternated between a drop-shot with a Stanley The Goby (various colors), a custom-poured 7/8-ounce jig (black with purple) or a Carolina rig with a discontinued Zoom creature bait. 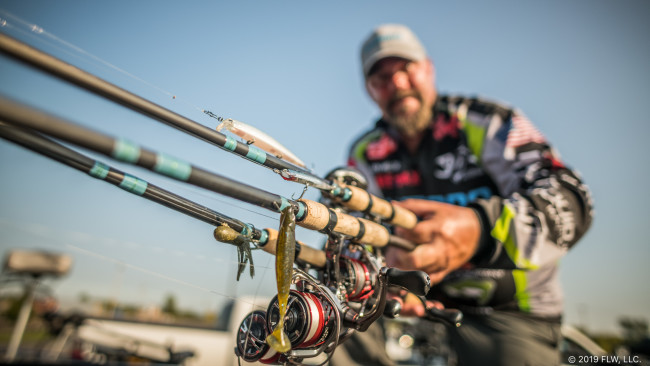 8. Brian Hughes fished three depths with three different presentations down near Ogdensburg. Outdeep in 40 feet he used a 1/2-ounce WOO! Tungsten drop-shot with a Megabass Hazedong swimbait (moroko). He also had some spots in 12 feet that he fished with a custom-poured, 3-inch tube (green pumpkin). Up shallow, a Duo Realis Spinbait 80 in a shad colors got the call. 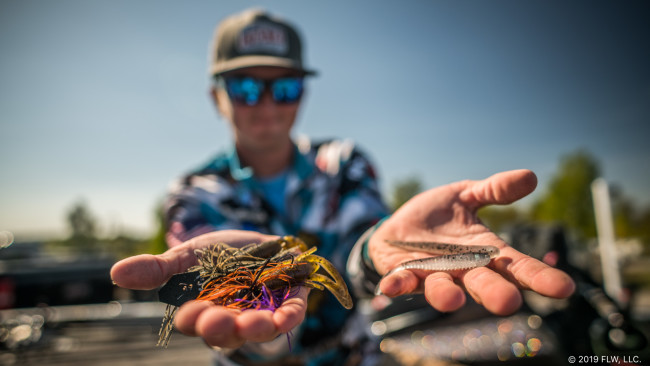 9. Jonathan Kelley fished a shallow flat in the mornings with a Z-Man EverGreen ChatterBait Jack Hammer (white or green pumpkin) with a matching Yamamoto Zako trailer or aRiot Baits Lil’ Creeper jig (peanut butter and jelly) with a Zoom Ultra Vibe Speed Craw. Then, around 10 a.m., he’d run to the backsides of some islands near the American Narrows, alternating a drop-shot with either a Z-Man StreakZ or Z-Man TRD Minnow (bad shad) or a Carolina rig with a green-pumpkin purple Zoom Ultra Vibe Speed Craw. 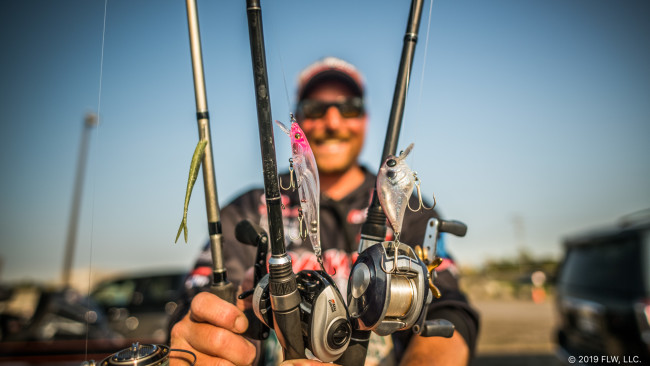