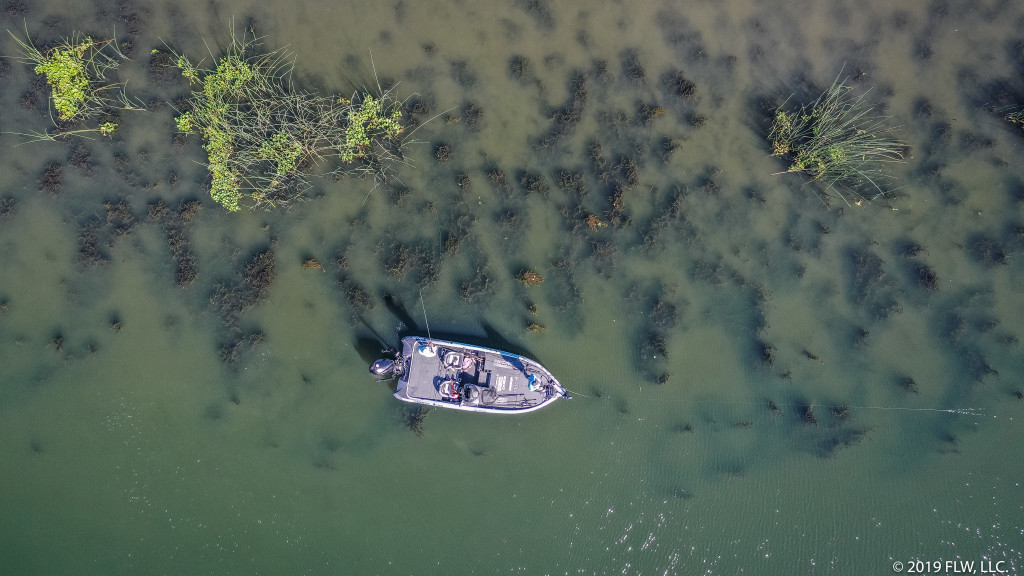 Blake Dyer of Walnut Creek, Calif., leveraged a hot morning bite to sack up five big keepers that weighed 27 pounds, 3 ounces to lead day one of the Costa FLW Series Western Division event presented by Power-Pole on the California Delta.

Overall, the fishing was quite good on day one, despite blustery conditions, and a lot of really big fish hit the scale. Though Dyer leaned on a flipping stick, the rest of the pros in contention have a variety of patterns going. 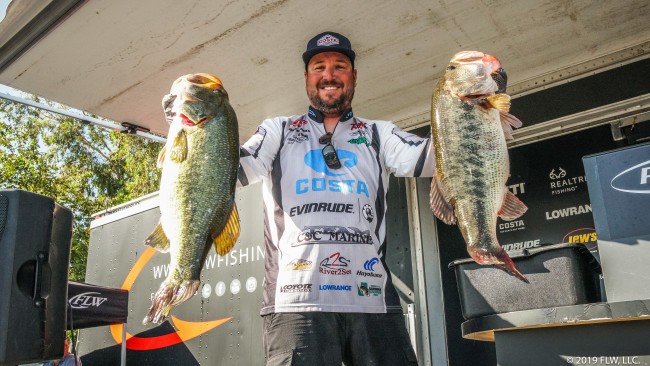 Lightning struck twice for Jason Borofka, whose second-place catch of 25-8 included an 8-12 and an 8-6. Working with the day’s conditions and tide schedule delivered his results.

“The wind helped me today,” Borofka says. “My Plan A didn’t go through and my Plan B was big ones. I had a little topwater thing going in the morning and then I was going to stay local and punch and flip, but I just didn’t get any of that. As soon as the tide switched and I followed it down south, that’s when I started connecting with the big ones.

“It’s really important to catch at least one big fish a day. It’s really tough right now, but the Delta is full of really big fish. This time, they’re really hard to come by, but a big one will keep you in the hunt.”

Noting that he fished 12 different areas as far away as Stockton, Borofka says he caught his fish on reaction baits. He caught his two biggest fish in shaded areas near docks. He also mixed in some offshore work with deeper running reaction baits.

“This place is notorious for having three days of calm and then it blows,” Borofka says. “When it blows, you have to fish how you can. If you try to struggle and fish spinning rods you’re just going to be fighting the wind all day, so you just have to change it up with heavy reaction baits that you can cast and cover water.” 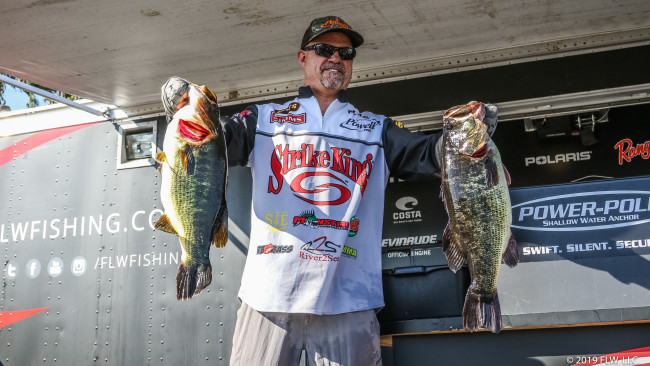 Mike Birch did not begrudge the day’s lower tide stage, but he did make a concerted effort to work around the strong winds. Doing so delivered a limit catch of 21-9 that put him in third place.

“We knew it was coming and it came today,” Birch says. “I was fishing somewhat local, but after 10 o’clock, it got rough, so I picked up and made a 25-mile run south and got out of the wind. I was able to stick some fish, but I really got my quality early in the morning before the move.

“I hung in there with some low water and got one on a reaction bait and one flipping. I was alternating, but when that wind came up, we did a lot of reaction fishing. When I ran south, it was all flipping.”

In his southern areas, Birch targeted the outer weed lines and outer tules where the falling water was positioning fish. 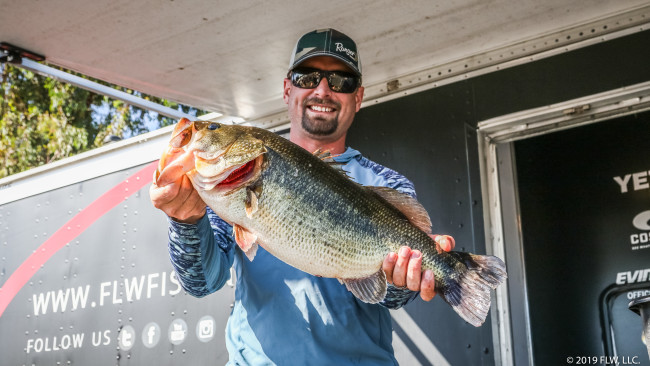 He only had eight bites all day, but Nick Nourot found the right quality to catch a third-place limit of 21-3. Keeping his bait selection under wraps, Nourot says he had several rods on deck and fished them all.

“The bite has dropped off for me,” Nourot says. “It looks like I did well, but I really scratched and clawed to get what I got. I didn’t catch many fish today.

“I went to Disney Land last weekend, so I haven’t fished in a week, but I pre-fished a bunch two weeks ago and I was shaking them off with no hook. I stuck them one day and had 22 pounds in an hour.”

Today, Nourot says the weather change had his fish in an uncooperative mood. Fortunately, an 8-8 bit at 11:30 and buoyed his bag.

“That was on a bank that I had been catching quality fish on and I just got lucky and a big one pulled up,” Nourot says. 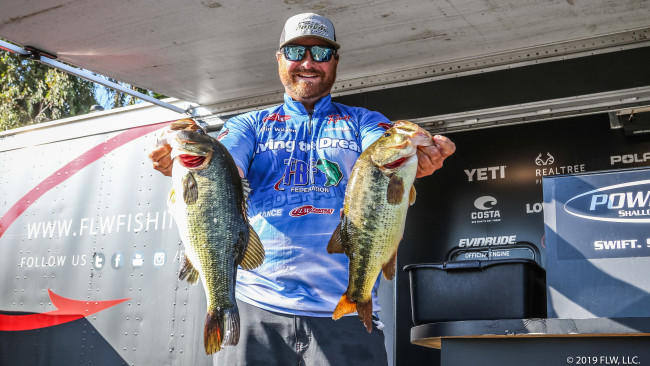 Austin Wilson, who just finished his rookie season on the FLW Tour, says he likes an outgoing tide, but today’s strong wind counteracted the favorable water level and scrambled his game plan.

Seeking leeward areas and “just going fishing,” he found a limit that went 20-2 and landed in fifth place.

Spending much of his practice time riding and looking for recently fragmented hydrilla trash mats, Wilson says he figured out a replicable pattern based on throwing a bladed jig and a topwater to fill a limit and then punching for bigger bites.