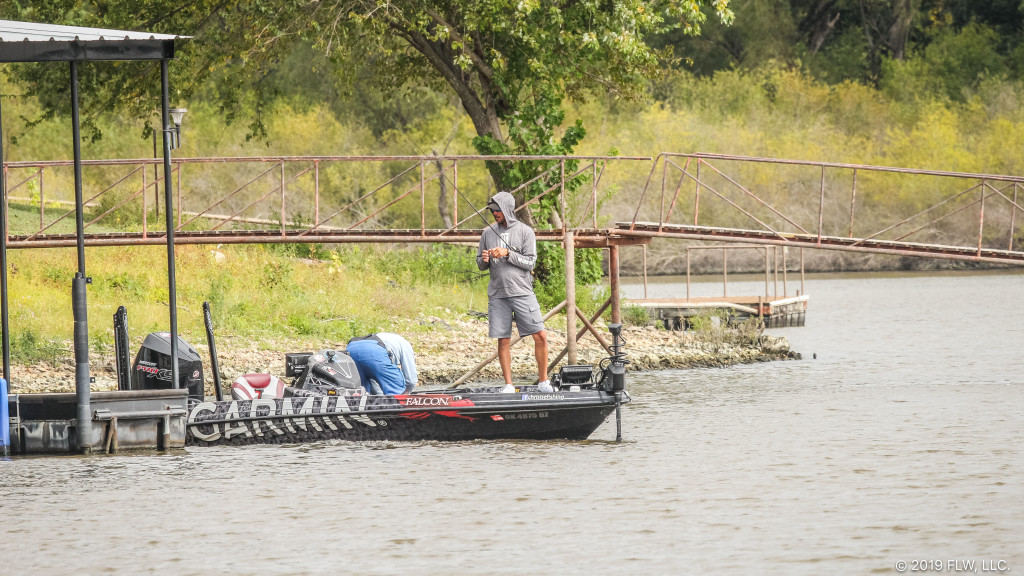 You know fishing’s tough when the most common greeting we receive is the goose egg hand signal. No question, day two of the Costa FLW Series Southwestern Division finale, presented by T-H Marine, had a lot of anglers scratching for bites and scratching their heads.

Also indicative of the day’s temperament was an increase in boat traffic. The roar of outboards was far more common than the splash of landing nets as the cold front clearly fiddled with the fish’s comfort level.

Top 5 patterns from day one

Anglers started their day with sunny skies, lighter winds and daybreak temperatures in the mid-50s. Lots of sunshine quickly warmed the morning and brought daytime temps into the low-70s, but even this was not enough to heat up a dependable bite.

Right off the bat, a handful of anglers, including pros James Biggs, Marcus Sykora and Casey Scanlon idled over to docks just outside the takeoff area and looked for early bites with reaction baits.

Notably, Biggs had no fish at 2 p.m. on day one, but after running to these docks, he caught 40 fish. Biggs said he needed sunlight to position the fish, so this pattern may end up producing better later in the day. When we found Michael Bennett working these docks at midday, he reported one keeper.

Day one leader Jason Christie was hard to find, but we tracked him down around noon and found him with one keeper. Christie was diligently working docks with a spinnerbait and caught his second keeper on a small rocky point between docks. 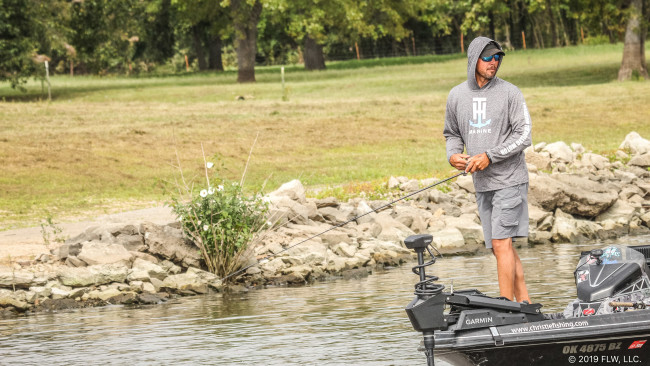 Todd Castledine, third yesterday, devoted a lot of time to fishing reaction baits close to flooded trees. He had one 2-pounder at 9 a.m., but at the rate he was covering water, he’ll likely run into more opportunities.

In the morning’s biggest moment, Joe Beebee started off flipping bushes in Wolf Creek. He had four by 8:50, including a 4-pounder. Toby Hartsell, who placed fourth on day one, caught his third keeper — a 3 1/4-pounder — flipping docks.

Other catch reports include pro Eric Faucett and his co-angler Derek Barnett caught keepers by working a shallow Wolf Creek flat with a crankbait and spinnerbait, respectively. Patrick Vince also caught one there on a crankbait. James Watson, James Caldemeyer and Trevor Toliver reported a couple of keepers by late morning.

Today’s tougher conditions will likely bring significant leaderboard changes. Much will depend on how the afternoon shapes up.