Eyes on the Weather at Lake of the Ozarks 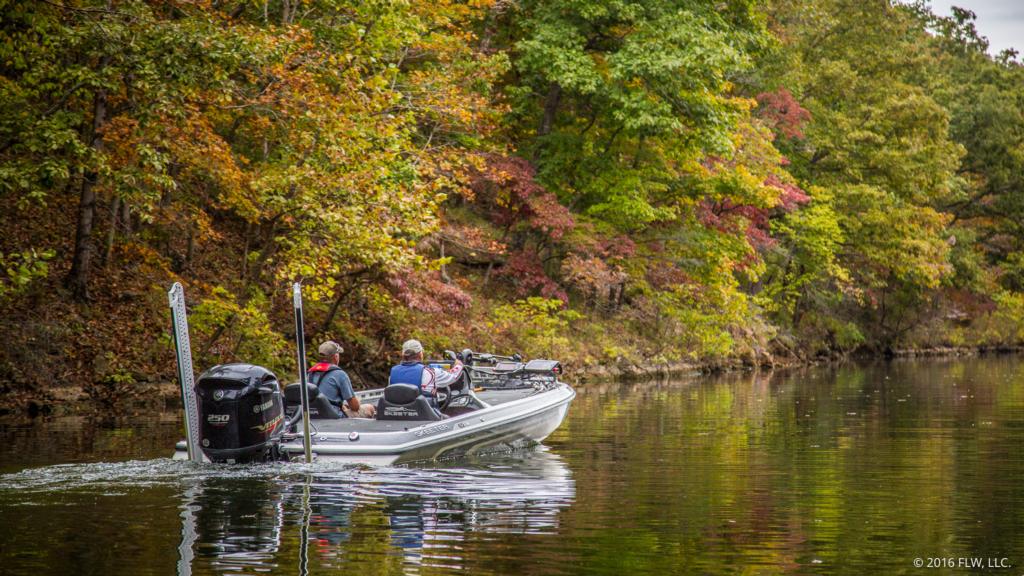 Wrapping up the Costa FLW Series Central Division with an early fall stop at Lake of the Ozarks has become a tradition over the last few years. This year, the final stop of the season is presented by Evinrude and takes place Oct. 10-12, which should be good timing for a number of patterns to play. 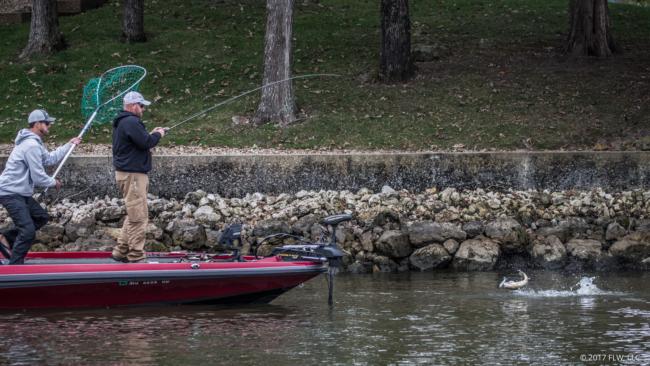 Though “Ozark” is right in the name, Lake of the Ozarks doesn’t really fish exactly like the famous lakes on the White River. The water is hardly dirty, but it doesn’t have that same clear blue quality that Beaver Lake and Bull Shoals boast. Also, largemouths are almost the exclusive target of tournament anglers at Lake of the Ozarks. The lake is also heavily developed – more like Grand Lake than some of the other Ozark lakes where bluffs and gravel banks are the predominant shoreline features.

As such, the patterns in play are generally less finesse-oriented and at least somewhat unique to Lake of the Ozarks. In years past in the fall, fishing topwaters, skipping docks, and fishing offshore brush and rock have all played.

Marcus Sykora, who lives near the lake and has seven T-H Marine FLW Bass Fishing League (BFL) wins there, believes that the usual suspects all have a chance.

“It’s your standard players,” says Sykora. “Basically, there are three different kinds of fish that will be caught: fish in less than 4 feet, 8 to 12 feet and then 15 to 30 feet. That’s what’s nice about this lake. Everybody can spread out and do their own thing, and there’s bait in all those places.

“I think you’ve got skipping docks, brush and deep rock,” outlines Sykora. “I think all three of those things could be a player in some way, shape or form during the event. I haven’t really messed around with topwater too much, and I haven’t heard anything yet, but with that front coming through and that cloud cover someone could take off throwing topwater and commit to it and catch a big stringer.” 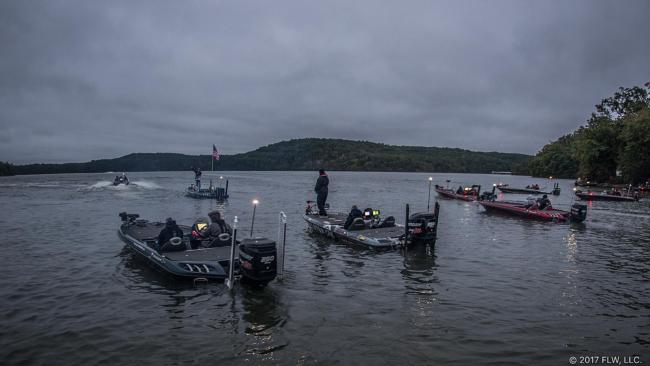 Sykora hinted at it, but one major factor in the upcoming event could be the weather. Practice should be fairly nice, but distinctly fall-like, with lows in the 40s and 50s and daytime highs reaching into the 70s. The tournament itself could present a real mix of conditions. A front is projected to roll into the area Friday, which could really roil things up. Thursday’s high is supposed to be nearly 80, and the Saturday high is just 58 degrees.

“I think practice is going to get overturned by that big giant cold front coming through,” says Sykora. “I really don’t know what that’s going to do to them. Hopefully it will make them bite a little better.

“I think the conditions will help a couple guys that maybe don’t figure it out in practice,” he adds. “You can run a lot of patterns on this lake, which is really good, but with those conditions I just see some big fish starting to bite on Thursday and Friday with low light and big wind. I think the big-fish opportunity will be better than normal.” 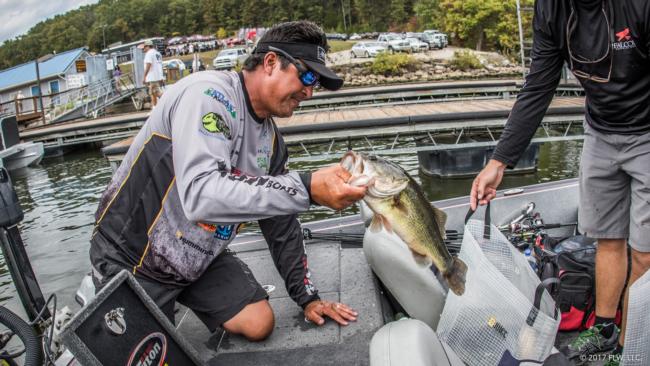 FLW Tour pro Casey Scanlon, who guides on Lake of the Ozarks, figures that 50 to 53 pounds will get the job done. He says the fishing in general has been fantastic this year, and that trend ought to continue.

Though last year’s winning total was just 46 pounds, Sykora agrees that the weights should be better this year.

“I think the day-one leader will for sure be over 20 pounds, but I think to get in the top 10 it will take 27 or 28 pounds,” says Sykora. “I think 51 pounds or so will win. With the weather coming in I don’t know. If it was stable it would take a little more, but the weather changing is going to switch a lot of things up.” 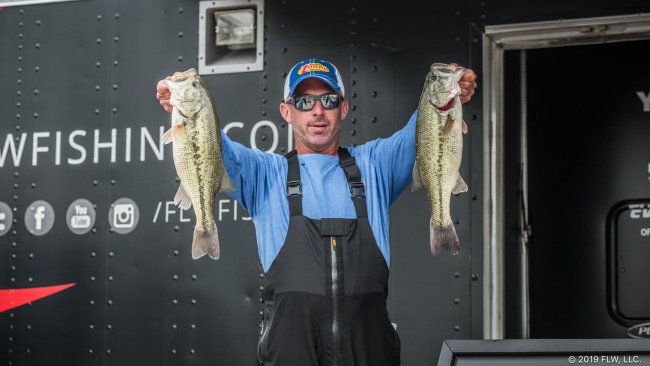 With the final event of the Central Division season looming, Jake Morris has a solid edge in the hunt for the division’s Strike King Angler of the Year title. After winning the first event on Kentucky Lake, Morris followed up with a seventh-place showing at Table Rock. No matter if Morris closes or not, the McKee, Ky., angler is for sure one of the favorites in the upcoming Costa FLW Series Championship on Lake Cumberland.

Behind Morris, Steve Floyd is nine points in the rearview, with FLW Tour rookie Dakota Ebare just 13 points back and Jimmy Washam 16 points off the lead. Scanlon, Sykora and Shawn Kowal are the closest locals in the points race and are worth throwing an eye on, but with the points breakdown of the top 10 it seems likely that someone in the top four will take home the title.