Local hammers trying to close the deal in the final round 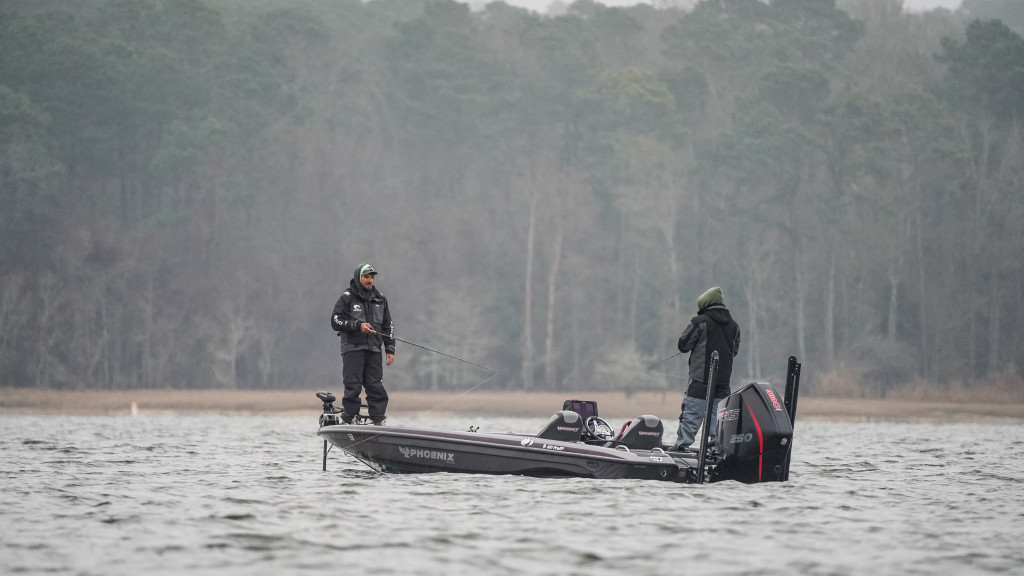 Cody Huff has been red hot on Toledo Bend for the last week and with one more day to go it’s his tournament to lose. That being said, there is a laundry list of local pros looking to take full advantage of any slip he may have in the final round of the Toyota Series Southwestern Division season opener.

Huff is the only pro who has been able to break the 20-pound mark twice this week, though that doesn’t mean the pros chasing him are out of the game. From locals to guides to regional hammers, Huff will have his work cut out for him come Saturday with the crew that’s lurking behind him on the leaderboard. 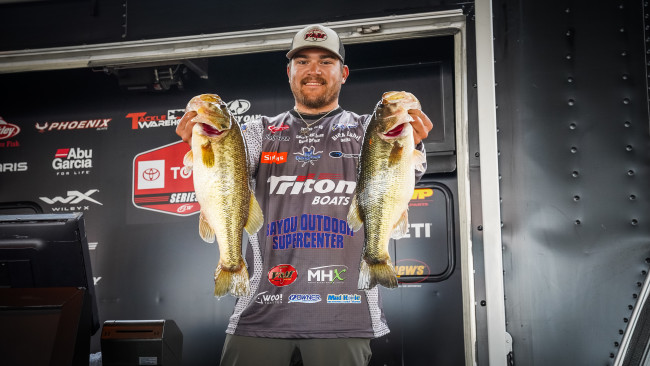 Growing up about 30 minutes north of Toledo Bend and having spent the last two years full-time guiding on the lake seems like a pretty good recipe to have Justin Cooper sitting in second after two days. Weighing 18-10 on day one and 17-10 today, the young Louisiana pro will start the final day 7-8 back of Huff, which isn’t an impossible gap on Toledo.

“I’ve spent a bunch of time out here and I put my time in for this event,” says Cooper. “These fish are in transition. I’ve ran the same pattern and same rotation of spots the last two days and caught what I caught.”

Too much knowledge on a lake can sometimes hurt locals in multi-day events, but Cooper has been keeping a level head and managing his spots flawlessly this week.

“I’ve got 8 to 10 spots that the fish should be on and I’m just running those and if the fish are there, I fish, and if they’re not, then I roll to the next. But I come back to see if they load up. It’s 100 percent offshore fishing.

With a little sun in the forecast tomorrow it could change things on the water considering the fish haven’t seen the sun for quite some time. Cooper is hoping it helps the big girls fire up.

“The only thing about what I’m doing and where I’m at is that a little warmer weather may move some fish off of there, but hopefully that groups them up even better on some of these places.” 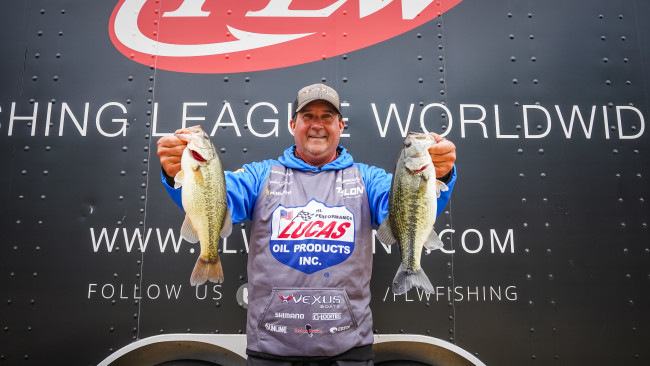 After leading on day one, Stephen Johnston couldn’t muster a big bite like the 10-pounder he had helping his 23-8 bag on Thursday, but it wasn’t for lack of decent bites. Catching 12-2 today, Johnston still sits within a big bite or two from making a run at his second Toyota Series title.

“I got a lot more bites today,” Johnston says. “That east wind got out and it stayed north-northwest and I probably had 20 or 25 bites today. I fished clean, but just didn’t get any of those fat juicies.”

Johnston is sticking to his shallow game plan – something most of the rest of the top 10 aren’t doing. A Carolina rig with a Strike King Game Hawg has been the ticket so far and he’s hoping that a little sunshine tomorrow will put the odds back in his favor.

“These aren’t pure Florida strain bass in here, but they are Floridas, and they like the sun. It’s been overcast for a stinking week.

“The only thing about if it does get pretty tomorrow is that we’re going to have a bunch of traffic on us tomorrow. The last two days I could go anywhere I wanted to go, but tomorrow it’s probably going to be a little different.” 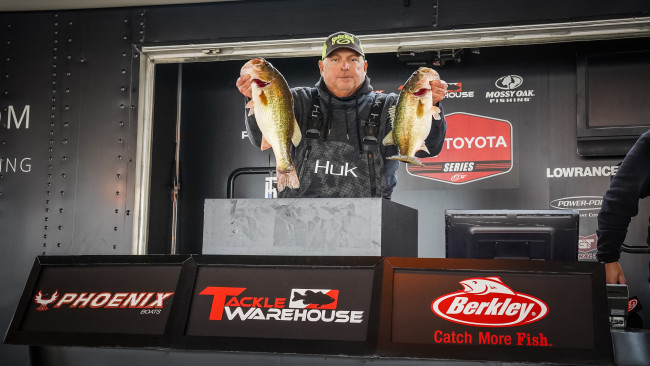 Catching 13-11 on day one, Phil Marks was around the fish, he just couldn’t get a good bite. Today, the big ones bit, and he climbed the leaderboard with the only other bag to crack 20 pounds – 20-13, to be exact.

“Yesterday I had just a bunch of 2 ½-pounders and today I had all 4-pounders, more or less,” Marks says. “I fished the same area as yesterday but the difference was cranking instead of rigging. Yesterday they wouldn’t eat a crankbait, but today they were eating it good.”

With the lake throwing most of the field a curveball given the conditions, Marks is keeping it simple. Find the bait, find the bass.

“There’s a ton of shad in the area and it’s classic wintertime stuff, you know, channel swings banging on the sides of ridges. I think the fish are there the whole time because I can see them (on his electronics) and then you get two or three to bite and they fire up.” 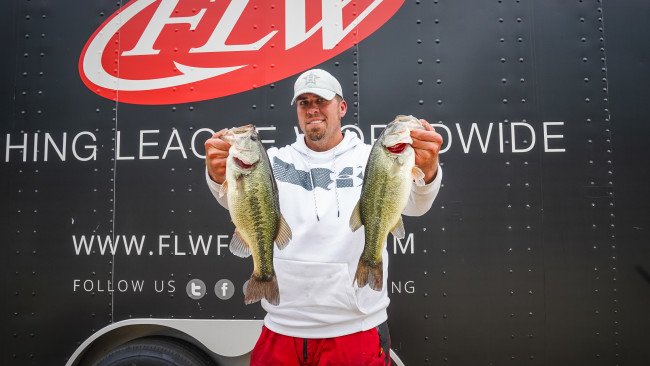 Matt Boyt knows Toledo Bend as well as anyone in the top 10 and it has shown this week. He started off with 20-13 on day one to get the ball rolling, but like others fishing offshore just couldn’t sustain that pace. With 13-3 today, he’s down but not out of the hunt for his first FLW win.

“The fish are moving around and following bait,” Boyt says. “I thought they were moving in, and it looks like if anything they are moving out.”

When Boyt says in or out he isn’t talking about moving shallow. He’s focused offshore, but says the fish are actually setting up deeper than they have been. And while Boyt has put about two weeks’ worth of practice in for this event, it never hurts to have a little luck on your side.

“I caught my fish deeper than how I caught them yesterday. I was actually leaving my spot and I rolled across them and there they were on my graph. They were 10 foot deeper and had moved following the bait.

“I was able to put together 13 pounds and I am more proud of that than the 20 pounds on day one,” says Boyt. “Yesterday they bit, today they didn’t. I’m hoping for some wind tomorrow to help the bite because I’m deep cranking.”