Win more than ever for a lower entry fee in 2020 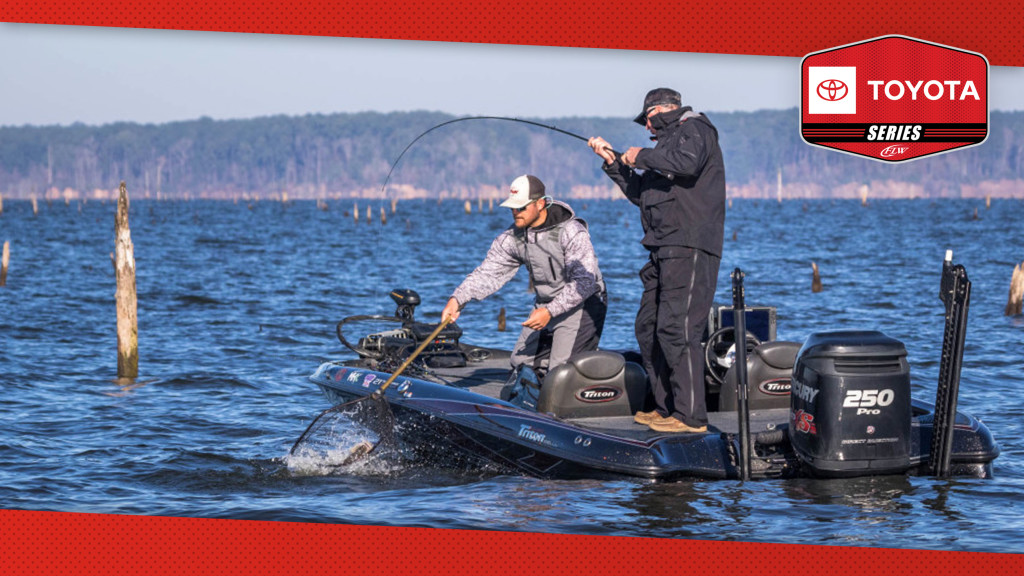 For 2020, FLW has partnered with Toyota to roll out a host of enhancements to its Triple-A league known as the Toyota Series – including great new opportunities for co-anglers.

First and foremost, the Toyota Series offers co-anglers one of the best values in competitive bass fishing, with the winner of EVERY tournament receiving a Phoenix 518 Pro bass boat powered by a 115-hp Suzuki outboard – all for a reduced entry fee of just $550 per event. There’s also a new win-and-you’re-in qualification to the no-entry-fee Toyota Series Championship, which makes it possible for a co-angler to qualify at every regular-season event.

Best of all, co-anglers can compete in an entire tournament season with minimal travel thanks to the addition of three new divisions – eight total – spread around the country.

So, no matter if your goal is to compete close to home for minimal expense, to learn from some of the best pros in your region, or to have a shot at winning a brand-new bass boat, the Toyota Series might be the best fit for you in 2020.

Here’s what you need to know:

The Toyota Series consists of eight divisions spread out across the country. Each division hosts three tournaments per season, and each tournament lasts three days. Top finishers in each division’s Co-angler of the Year standings qualify for the no-entry-fee Toyota Series Championship.

Pros and co-anglers share a boat during tournaments but compete in separate competitions. In each tournament, the entire field fishes for two days, with the top 10 pros and top 10 co-anglers qualifying for the final round. Winners are determined by three-day cumulative weight. 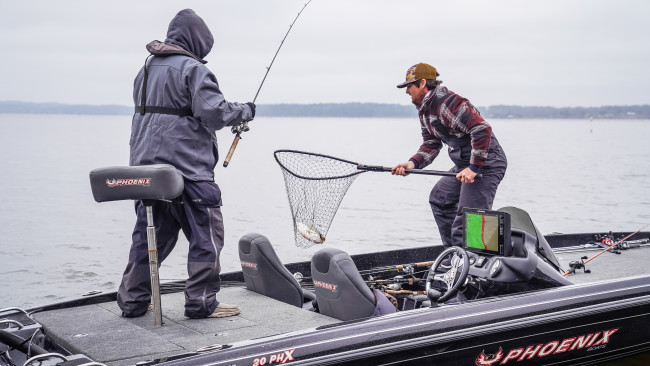 One of the hallmarks of the Toyota Series is the chance to fish for major payouts at every tournament, without having to shell out exorbitant entry fees and travel expenses over the course of a season.

The co-angler entry fees are $550 per tournament.

By expanding the Toyota Series from five divisions to eight in 2020, FLW was able to reduce the distance between venues, making it possible for competitors to fish an entire division with minimal travel expense and time off work in order to have an affordable shot at championship qualification. Some anglers could see nearly an 80-percent reduction in miles driven over the course of a season compared to other Triple-A leagues.

Anyone wanting to fish more than three events is most likely within a reasonable drive of some or all of another division’s scheduled lakes. You do not have to fish every tournament in a division in order to compete.

Take advantage of linking to make sure you get in

When registering for a Toyota Series tournament in 2020, FLW is now offering the option for a pro and co-angler to link together to guarantee their spots in the tournament. That means no more waitlists, and no more postponing your travel and tournament plans. If you link, you’re in.

Once your linking partner also registers and verifies your information as his or her link, you’ll both be confirmed for the tournament. If your partner drops out, however, you may lose your confirmed status if a replacement is not immediately available.

Linked anglers do not compete together during the tournament. Linking is for entry only.

IMPORTANT: Any pro or co-angler currently on the waitlist for a 2020 Toyota Series event will get the first opportunity to take advantage of the new linking option. Those waitlisted anglers have until Feb. 12 to link up and guarantee a spot in the tournament. After Feb. 12, linking opens up to everyone.

Anglers who link will gain entry over people on the waitlist that do not link, so it pays to recruit a buddy to make sure you both get in. 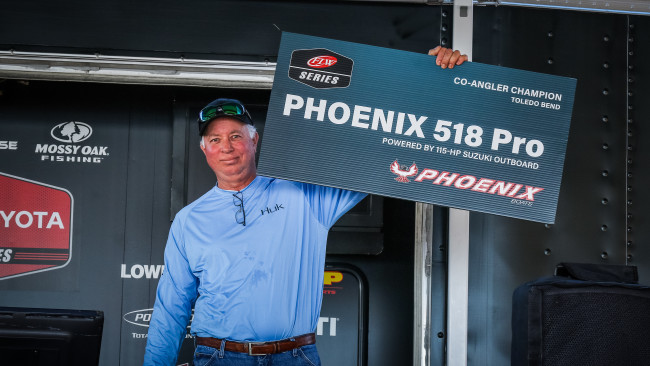 Payouts include a Phoenix bass boat at every tournament

Every tournament-winning co-angler receives a new-for-2020 Phoenix 518 Pro bass boat powered by a 115-hp Suzuki outboard worth $33,500, with a possible additional cash payout of up to $5,000 depending on field size.

Payouts at regular-season events extend down to 40th place for a 160-boat field. For every 20 additional boats that enter, the payouts increase and extend additional places, up to a max of 65th place for 260 boats. (see the complete payout table here)

The Toyota Series Championship pays 40 places, with a co-angler winning prize of a Phoenix 518 Pro with 115-hp Suzuki outboard. 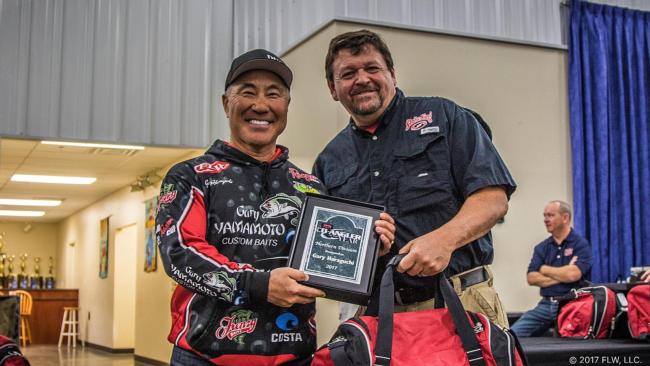 Strike King Co-angler of the Year pays a cash prize, too

Strike King will reward the top co-angler in every Toyota Series division’s standings with $2,000 cash at the end of the season.

How to make the championship

The championship field will consist of the top 25 pros and top 25 co-anglers from every division’s regular-season standings, top performers from FLW’s International Division, and a handful of qualifiers from other FLW circuits (complete details here).

New this year, FLW has added a “win-and-you’re-in” qualification route: If you win a regular-season Toyota Series tournament and fish every regular-season event in that division, you automatically qualify for the championship. 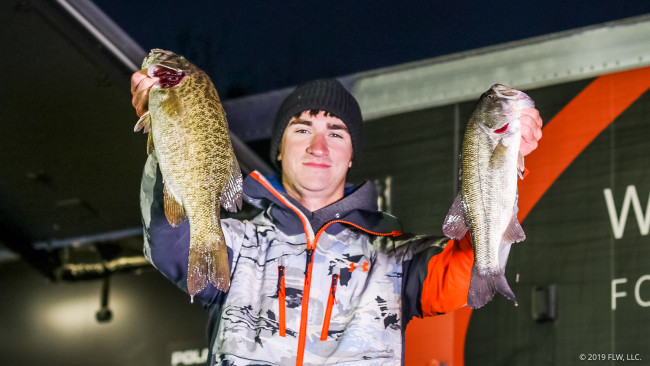 Be seen, build your career

The Toyota Series is a great place for budding stars to be seen by sponsors and fans in photo galleries and articles, regular social media posts to an audience of more than 1 million fans, and live tournament weigh-ins, which stream daily at FLWFishing.com.

Exposure increases at the Toyota Series Championship. The main event of the season will be broadcast on World Fishing Network and FLW’s YouTube channel.

Every co-angler that fishes with FLW also has an angler profile at FLWFishing.com where that angler’s stats, photos, articles and tournament results update after every event. It’s a great tool for tracking your career and sharing with potential sponsors or friends.

FLW and its partners are still adding contingency programs. To date, here are some of the best opportunities for co-anglers to earn more:

Get registered: Contingency programs require anglers to register and follow specific guidelines in order to be eligible. Prizes vary based on the equipment used by participating anglers and where those anglers finish in the standings. Check respective FLW sponsor contingency websites (links above) for more information. You can also see a breakdown of all Toyota Series contingencies here.