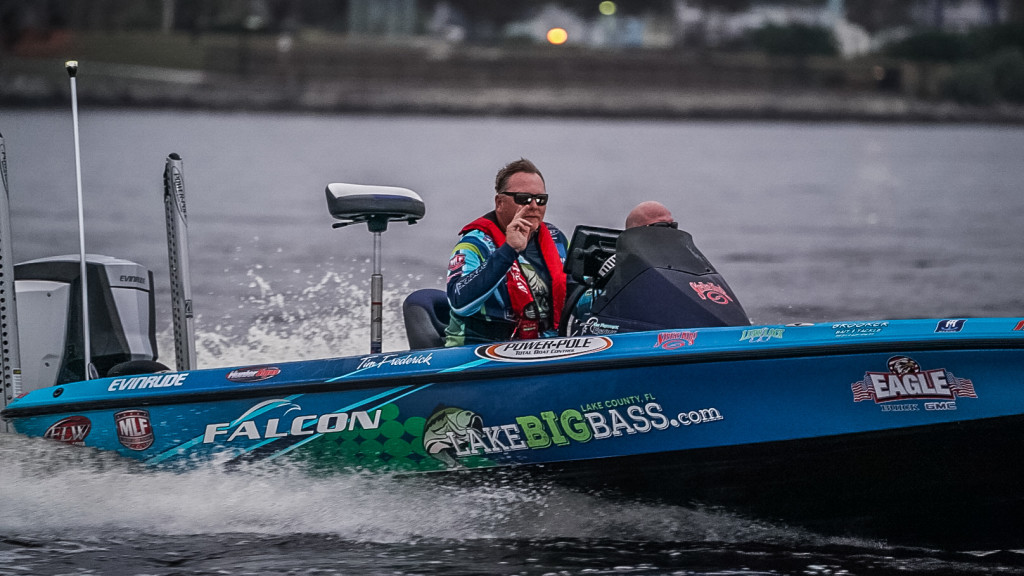 The cold front that moved through northeast Florida last week shut down the fishing on the St. Johns River in a big way, just as bass were starting to move up to the banks to begin spawning. With the weather that came through, many of those fish pulled back off the bank to wait for more stable conditions.

Fortunately, stability arrived this week in the form of warmer weather, but it remains to be seen if those three or four days of warm, stable conditions are going to be enough to get fish back up on beds. For now, it’s safe to assume anglers are going to have to be adaptable over the next few days in the Toyota Series Southern Division opener.

The St. Johns River is a sprawling 310-mile-long river system with relatively low flow. Average flow rate is .3 mph. There’s current to be found, but for the most part, the St. Johns doesn’t fish like many river systems elsewhere in the country. Additionally, it’s one of the few river systems in the U.S. that flow north.

Made up of a few drainage basins and the Lake George and Ocklawaha River watersheds, the St. Johns allows for anglers to make long runs to get away from competitors and find fish – and there are good fish to be found. Look no further than the 34-pound, 14-ounce bag Rick Clunn hauled in on the final day of the Bassmaster Elite Series event in 2019.

The St. Johns isn’t as grassy as its more southern Florida counterparts, and when the fishery’s giant largemouths decide to spawn, there’s a bevy of tactics in play that we probably wouldn’t otherwise see on Okeechobee or the Harris Chain of Lakes.

As the weather has stabilized throughout the week, the bite seems to have picked up – at least a little bit.

“This weather has been great,” says Dakota Ebare, who’s getting his first taste of the St. Johns River this week. “I didn’t get bit at all Sunday. I went back [to the same area] yesterday and got a bunch of bites.”

The problem right now isn’t so much the water temperature as the water level. Weather conditions have improved enough to make fish want to move up, but there just isn’t quite enough water to make it happen in earnest.

“The water hasn’t come back up, but there are still places to catch them,” Ebare adds. “I think guys will do all right. The biggest thing with the low water is it’s concentrating where you can catch them, and I think with everybody fishing the same areas the pressure is going to be a big deal.”

Ebare may not have much experience on the St. Johns, but he’s hammered the tournament trail the last couple years, and he understands how to break down new fisheries enough to know how the river should be fishing right now.

He also has some backup from Florida pro Tim Frederick, who hails from Leesburg, Fla., about an hour and a half south of Palatka, where the field is launching from. Frederick isn’t too concerned about the weather conditions, but the water levels – and clarity – give him something to worry about.

“I’ve never seen it fish this tough,” Frederick says. “It’s not fishing the way it should.

“The problem is the water level and the clarity. I think it’ll be won with canals and main-river stuff because of water color and depth. There’s a little bit more water in those canals and on the main river.”

This time of year, Lake George is historically a terrific area to hammer on prespawn and spawning bass, and it wouldn’t be a surprise to see anglers do well there this week if the water levels come up and the water clears up a bit. As it stands, though, areas both directly to the north and the south of Lake George could instead be the biggest players. 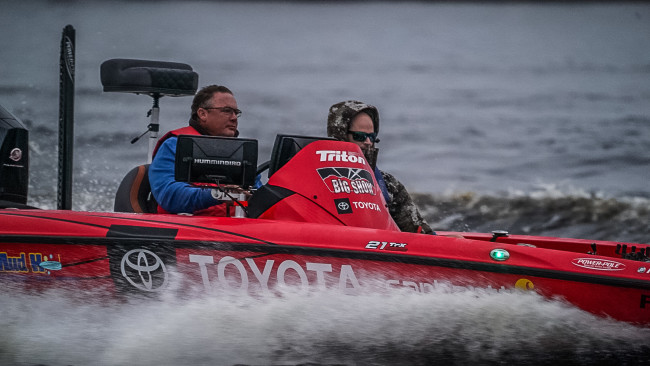 “I’ve seen a lot of empty beds,” Ebare says, noting the spawn still isn’t in full swing. “I saw one giant on a bed; she was on a bed with a male. The day before that, I found a 3- and a 4 1/2-pounder on the same bed, and the next day they were gone.”

While sight-fishing bedding bass might still play this week – especially in areas off the beaten path where other pros maybe haven’t checked – there’s a good chance the biggest bags are secured via other methods.

Ebare is on a current-related deal, which he says should hold up with the south wind in the forecast for day one. Beyond that, it’s anyone’s guess. The wind is supposed to change directions entirely heading into the weekend, and clinging to a wind- and current-related pattern could mean scrambling to find a secondary pattern if the first dries up.

Frederick plans to fish well south of Lake George, where he thinks more fish should be moving up to the bank. In that section of the river, deeper water could be a big player, especially if water temperatures are even slightly more elevated than to the north.

The St. Johns isn’t a traditional Florida grass fishery, and Ebare says the grass it does have seems to have taken a hit recently. There are still some popular areas with pads, though, and flipping and frogging could very well come into play in a big way this week.

Finally, Ebare believes docks could be a big player in the absence of a lot of grass. With fish trying hard to pull up, the litany of docks strewn about the banks of the St. Johns makes for ready-made cover for those fish.

As for baits, expect to see plenty of soft plastic presentations, from Texas- and wacky-rigged worms to creature baits on swing-head jigs. Spinnerbaits and swim jigs should also be popular selections, as well as some traditional (though maybe not traditional to most Florida fisheries) prespawn baits such as square-bill crankbaits. And, as always, topwaters (especially frogs) should be players as well.

Given how scattered the fish are right now, there’s no shortage of patterns and baits to utilize on the St. Johns this week.

Weather: This one seems obvious, but it’s easily the most critical factor this week. Last week’s cold snap shut down the bite, and it’s just now returning to more nominal levels thanks to stable weather the last few days. Should another cold front capable of significantly lowering water temperatures move in again, weights could drop across the board.

Water levels: With water levels still below normal for this time of year, fish just haven’t been as comfortable with moving up shallow to spawn. Pair that with the fact that low water really slows down navigation in many areas of the river, and you’re left with a recipe for a lot of anglers hammering on bunched-up fish in very select areas of the river.

Efficiency: The St. Johns is a massive fishery. Anglers have the ability to make runs in excess of an hour – sometimes closer to two thanks to various idle and fixed-speed zones. It’s going to take a combination of efficiency and effective time-management to make the most of each day. 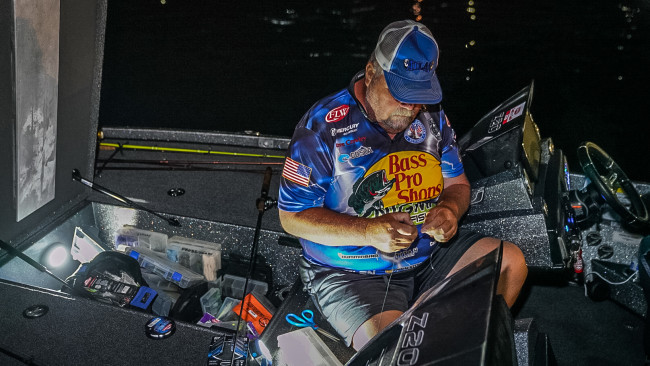 Simply put, the St. Johns is fishing extremely tough right now, and everyone seems to know it.

That said, there seems to be some optimism about the next few days, especially with more warm weather in the forecast for day one. It’s only a matter of time before a big wave of fish moves up to spawn, and this is the time it should start happening.

“I think it’ll be all right. It’s going to be better,” Ebare says. “There’s a little cold front coming in, but even if it’s a few degrees cooler, the water temperature isn’t going to drop again. The air temperature doesn’t affect them as much as it affects us.”

While 20 pounds is usually a good-but-not-great day on the St. Johns, that’s probably a great target this week. Whoever manages to average a hair over 20 pounds a day all three days should have a good shot at taking home some hardware.