Bartlett Gets Revenge on the St. Johns 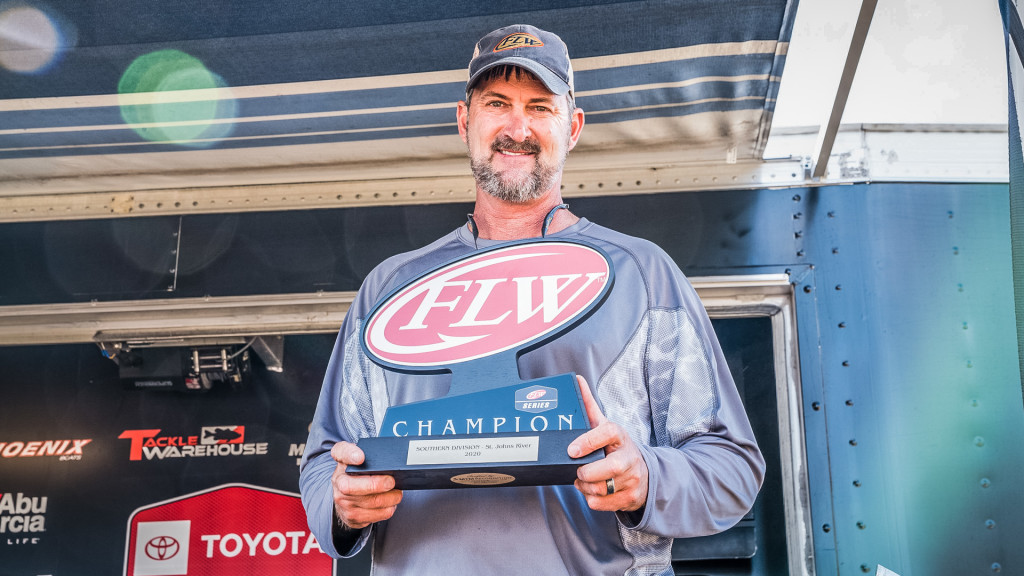 Edwin Bartlett fished the Phoenix Bass Fishing League presented by T-H Marine event on the St. Johns River in January, an event at which he fished as a boater and blanked after pre-practicing for five days.

Today, he got his revenge.

With a limit of 7 pounds, 10 ounces on day three and 29-12 over three days of fishing the Toyota Series Southern Division opener on the co-angler side, the Casco, Maine, angler – who actually calls Florida home from January to April – managed to edge out Cole Hewett of Orlando, Fla., by 1 pound, 4 ounces to take home the hardware and a brand-new Phoenix 518 Pro bass boat powered by a 115-hp Suzuki outboard worth $33,500.

“I was not looking forward to coming back here because I just couldn’t find the fish and get a pattern,” he says of that January tournament. “It was neat to see how these guys fished it. Even though it’s a month later and warmer, there’s some stuff I learned. It’s all [lily] pads out there. It all looks the same. There were certain things they were looking for, and that was good to see. I learned a lot.”

On day one, Bartlett fished from the back of Tony Couch’s boat and hauled in the second-largest co-angler bag of the day (12-13) throwing a black and blue Zoom Ultra Vibe Speed Worm, Texas-rigged with a 3/16-ounce weight. Because of the conditions, Bartlett felt that he had a little bit of an advantage in the back of the boat.

“[Couch] was on fish, and it was really windy,” he explains. “It was almost easier as a co-angler because I could just focus on putting the bait where I needed it while he was fighting the trolling motor. I was able to fish slow behind him, and I picked up seven bites that day and five were decent.”

Bartlett’s luck changed on day two, though, along with the conditions – at least until the end of the day.

“We had the rain, the weather, and everything changed,” he says. “I drew Kyle Walters, and he was flipping. In the first half-hour I had a nice 5 1/2-pounder, and he had a quality fish. It was looking good, and then it dried up.

"On the way back in, we stopped on a spot and I was able to pick up a 4-pounder, and that was a key to keeping me in this.” 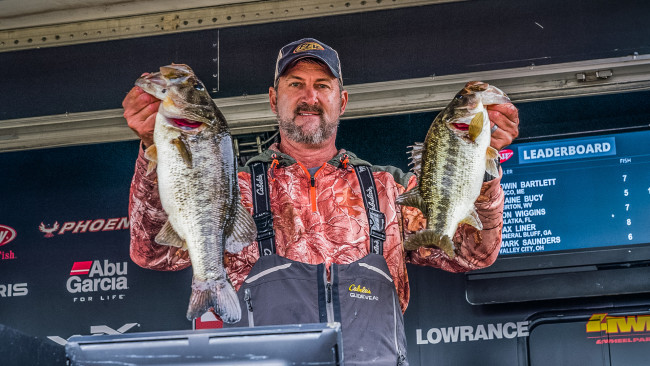 With that 9 pounds, 5 ounces on day two, Bartlett just had to be around some bass and fish clean on the final day to have a chance at a win, especially with the conditions changing yet again overnight. While fish were being finnicky all over the St. Johns, Bartlett was deep in the Oklawaha River with his boater, Keith Carson, doing something a little different than he did on both days one and two.

“There were a lot of people up in there fishing; it was hit pretty hard this week,” he explains. “I was flipping baits as well as Keith today, and I couldn’t get bit on it. I reverted to a weighted Senko in peanut butter and jelly, and I just kept working the eddies in the river that fish were holding on. I just got five bites, and I got them all in the boat.”

Bartlett credits his versatility and experience for being able to adapt on the fly and make the most of what the Oklawaha has to offer.

“I feel like I’m a versatile fisherman,” he adds. “I’ve lived in Florida a bunch and fished the shallow grass lakes and stuff. I’ve lived in the North fishing deep, rocky lakes, clear lakes, smallmouth fishing. I’m versatile. I can throw a lot of baits, so once I see what my pro’s doing, it was easy for me to pick something out I was confident with.”

Bartlett may live in Maine for the majority of the year, but he grew up near the southernmost reaches of the St. Johns, and he’s not unfamiliar with its waters. He’s just now at a point where he’s a little more confident and a lot less resentful about the famed fishery.

With the win – and because Bartlett is also fishing the next two Southern Division tournaments – he’s automatically qualified to fish the Toyota Series Championship for a shot at winning a second brand-new Phoenix bass boat as part of the Toyota Series’ win-and-you-are-in-format.