Top 10 Baits from the St. Johns 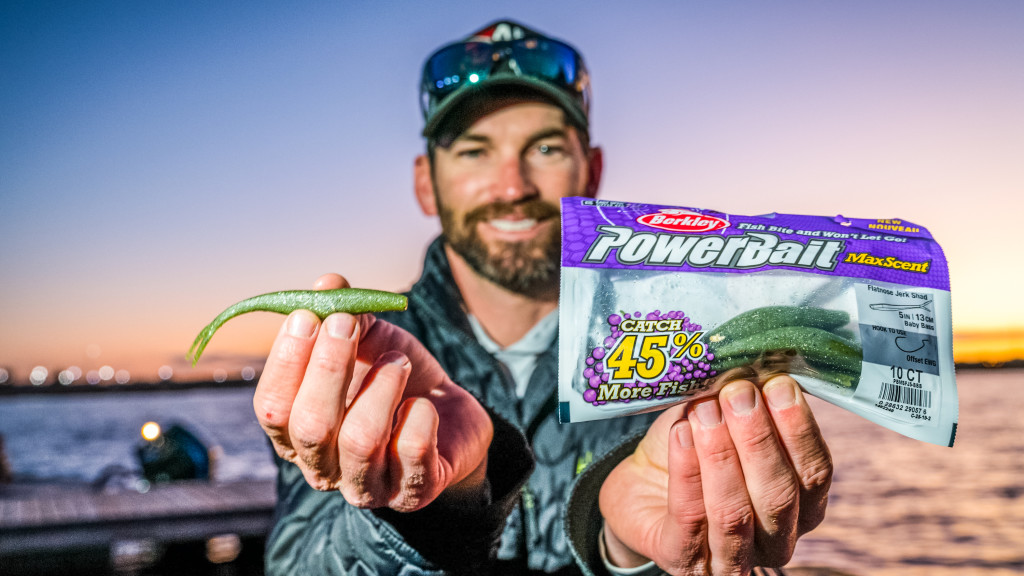 The St. Johns River was in a bit of a funk for the Toyota Series Southern Division opener. Instead of a full-on spawning slugfest, a couple cold fronts and quickly changing wind and water conditions kept fish moving in and out. The anglers chasing them had to stay on their toes.

Plenty of pros did find quality fish, though, and they did so with a lot of familiar baits when it comes to late-winter fishing in Florida. Right now, it’s all about the black and blue plastics on the St. Johns.

Here’s a look at what the top 10 used to catch their fish in the first event of the Southern Division season. 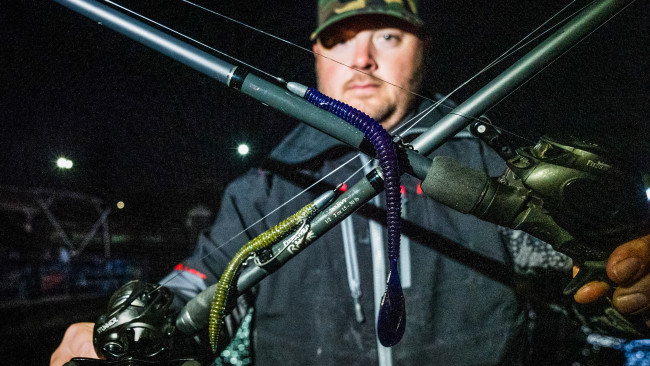 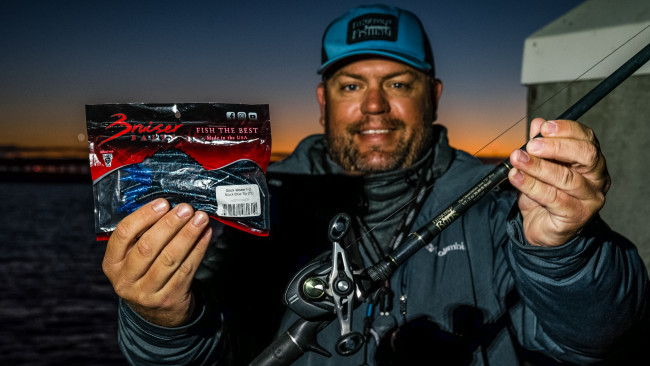 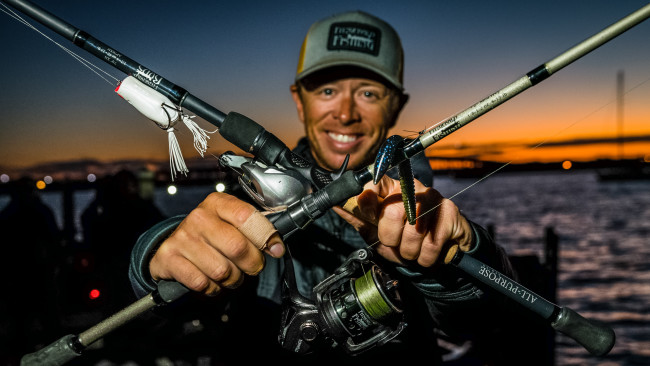 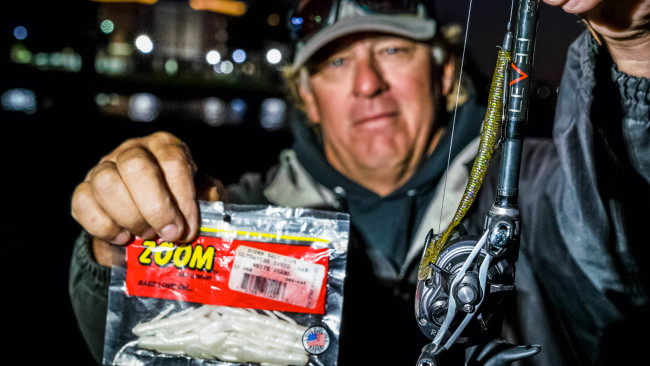 4. Rodney Marks employed a Zoom Ultra Vibe Speed Worm in a variety of colors (he says the fish were biting equally well on at least a few), including junebug, watermelon and some other natural colors. He Texas-rigged his Speed Worm on a 1/8-ounce weight with a straight-shank hook and threw it on a Level rod with a Shimano Chronarch MGL (7.1:1) reel spooled with 20-pound-test Sunline fluorocarbon. Marks also used a white Zoom Ultra Vibe Speed Craw. 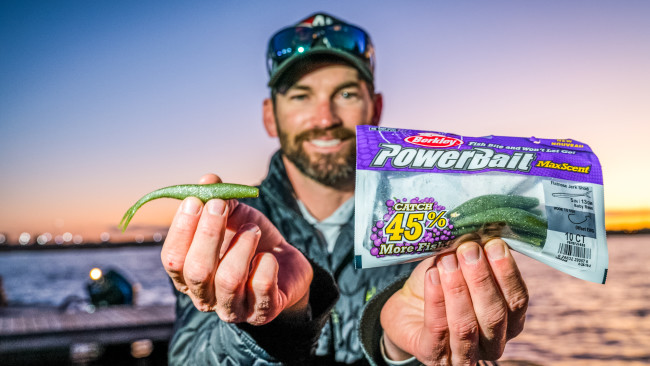 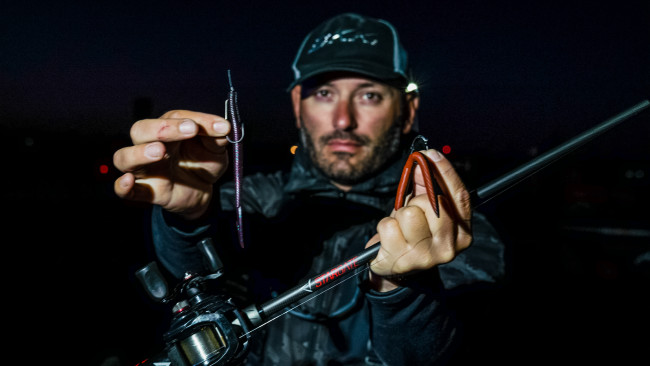 6. Fishing around docks, Jacopo Gallelli relied on a vibrating jig with a Lake Fork Magic Shad trailer in green pumpkin to do most of his damage. He also used a Neko rig and a Zoom Ultra Vibe Speed Worm as follow-up baits for when he missed bites on the vibrating jig. Gallelli’s go-to rod was the Airrus Stargate. 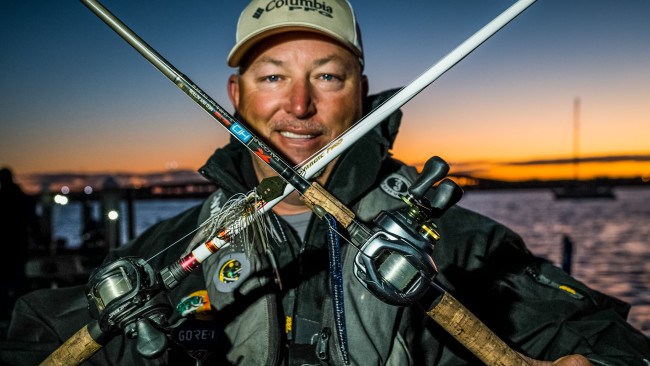 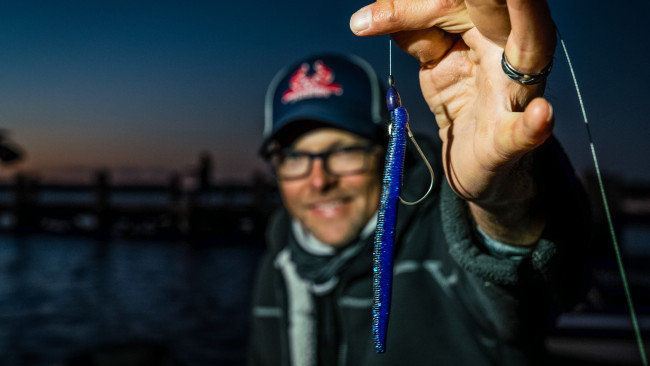 9. For sparse cover, Jason Meninger used a black and blue Z-Man ZinkerZ Texas-rigged with a 1/8- or 3/16-ounce weight on a 7-foot, 6-inch, heavy Halo rod and a Shimano Metanium 8.5:1 reel spooled with 18-pound-test Sunline fluorocarbon. For the thicker stuff, he employed the same bait but with a 1/2- or 3/4-ounce weight with 45-pound-test PowerPro Maxcuatro braid spooled on the same Shimano reel and paired with a 7-foot, 9-inch, heavy Halo Kryptonite flipping stick. 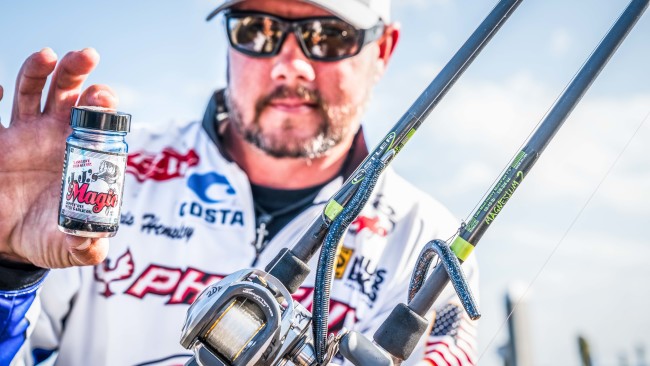