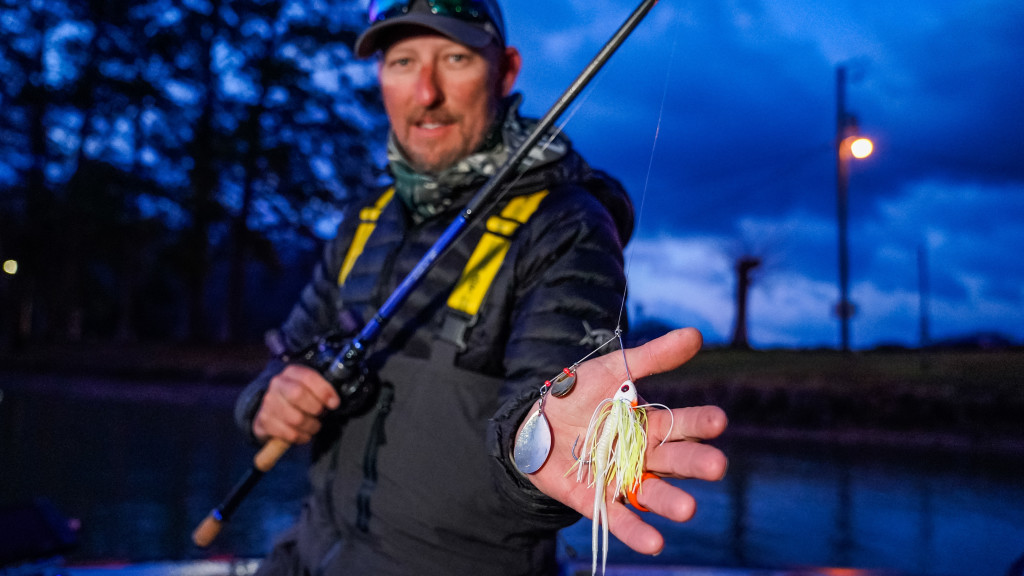 It was February, so low temperatures were the norm for the 2020 Toyota Series Central Division tournament on Lake Chickamauga. Water temperatures were in the high 40s, which meant the bass were generally not overly aggressive or active. Not all, but most fish were taken in shallow water where the bass were moving up to feed and/or take advantage of warmer, shallower water.

No matter where anglers fished, most had to slow down presentations compared to what might be normal for whatever lure they were using.

What were those lures? 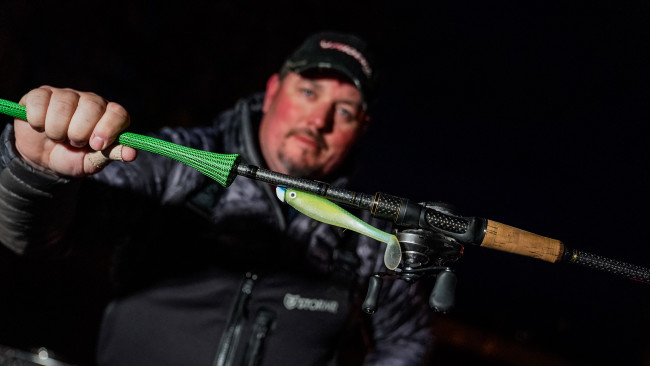 1. While many boat decks were covered with a laundry list of rods and lures, winner Jim Neece Jr. stuck with the exact same bait all week long – a Zoom Swimmer in chartreuse and blue. He threw it on a 7 1/2-foot Abu Garcia Fantasista rod and Abu Garcia Revo 8:1 reel outfitted with 17-pound-test Trilene 100 Percent Fluorocarbon line. 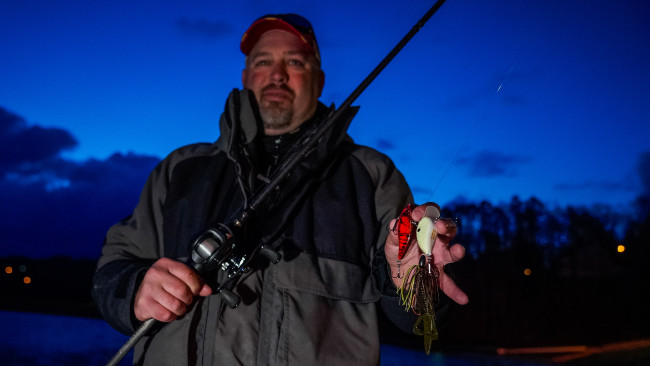 2. Brian Elder admittedly threw nearly everything in his tackle box at some point, including a craw pattern tungsten “slither rig” made by Jig Shack. Besides the red lipless crankbait, he called upon a SPRO Fat John 60 crankbait. He also relied on a 3/4-ounce black/blue jig made by Z Lures. 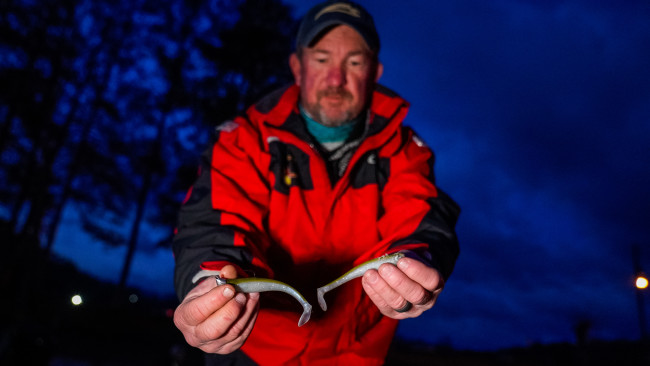 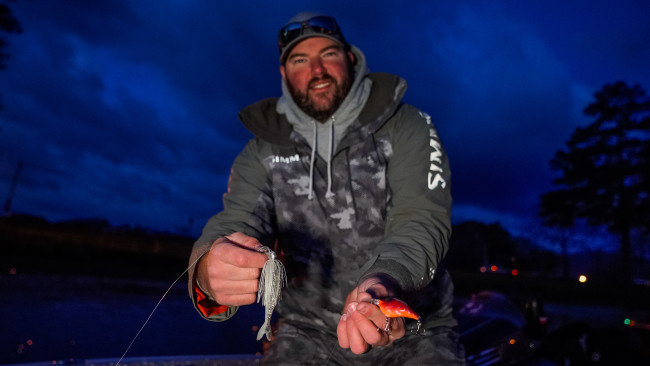 4. Josh Norris was catching his bass on a custom-painted Rapala DT-6 and a 3/8-ounce white Z-Man/Evergreen ChatterBait Jack Hammer. “I was just really crawling them through treetops,” he says. Norris was using a Team Lew’s Pro-Ti Speed Stick rod and 15-pound-test Seaguar fluorocarbon line. 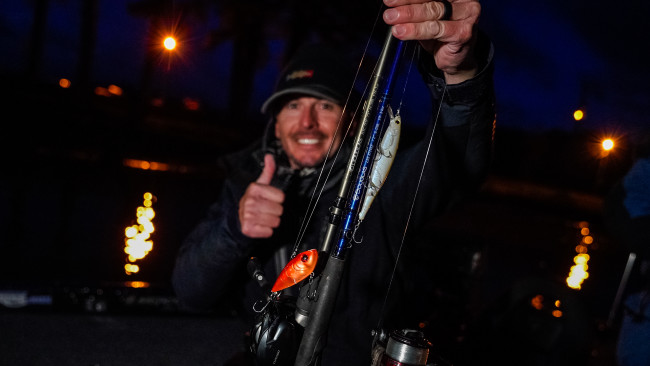 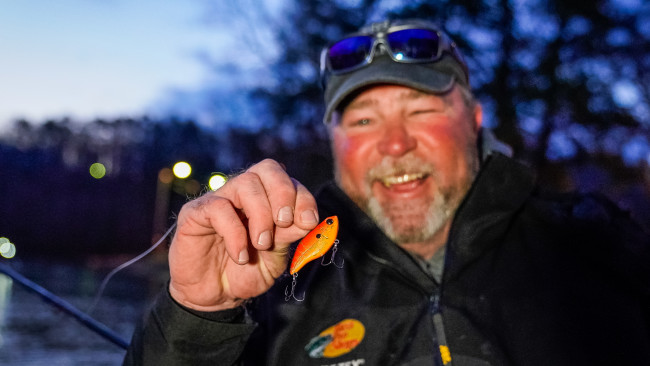 6. Tommy Brown relied on a SPRO Aruku Shad Jr. (size 60) in mudbug red. “I did go to the smaller size for this tournament because if I’d used the heavier weight it would have buried up in the grass,” says Brown. 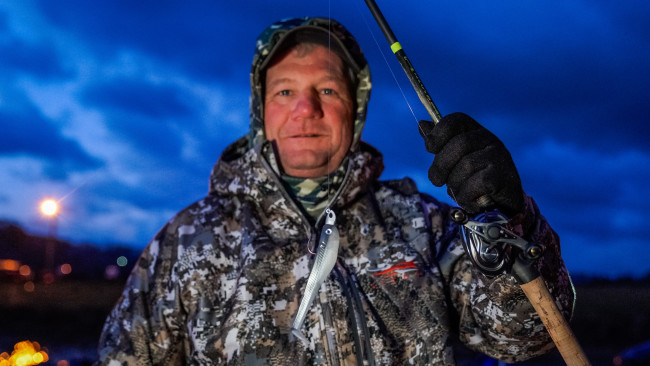 7. Ricky Robinson caught all his fish on a 5-inch Driftwood Custom Baits Swimbait in shad color on a Berkley Fusion19 Swimbait Jighead. “I’ve not seen a lake yet that bait won’t catch fish on,” says Robinson. 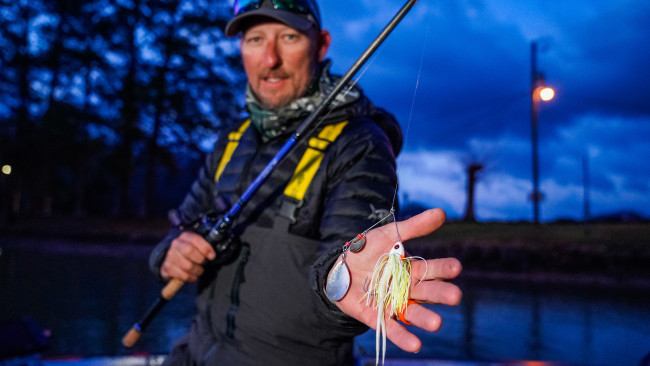 8. If you want to follow in the footsteps of FLW veteran Wesley Strader, tie on a Stan Sloan’s Zorro Wesley Strader Bango Blade spinnerbait. Strader says he also caught fish on a Strike King Red Eye Shad and a Z-Man/Evergreen ChatterBait Jack Hammer. 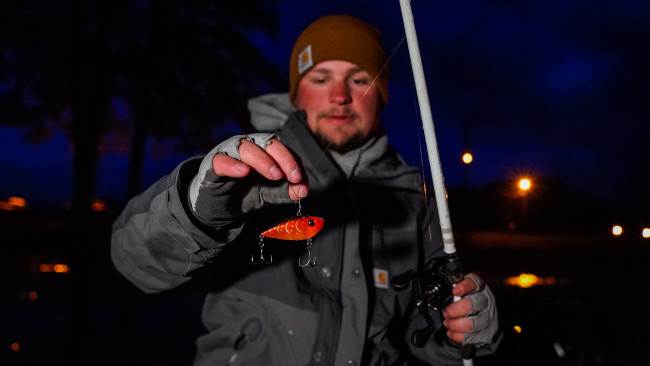 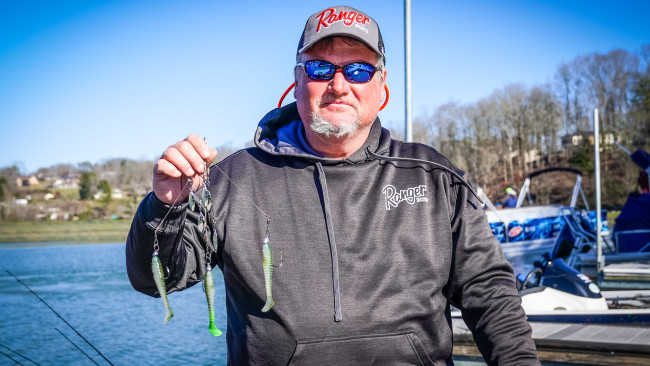 10. Wayne Cook relied mostly on a HogFarmer Baits BFL Rig. He rigged it with Keitech Swing Impact FAT swimbaits on Buckeye Lures J-Will Swimbait Heads. Cook was casting it on a Cashion Sledge rod with a Lew’s reel loaded with 50-pound-test braided line.