Robinson Holds on at Hartwell 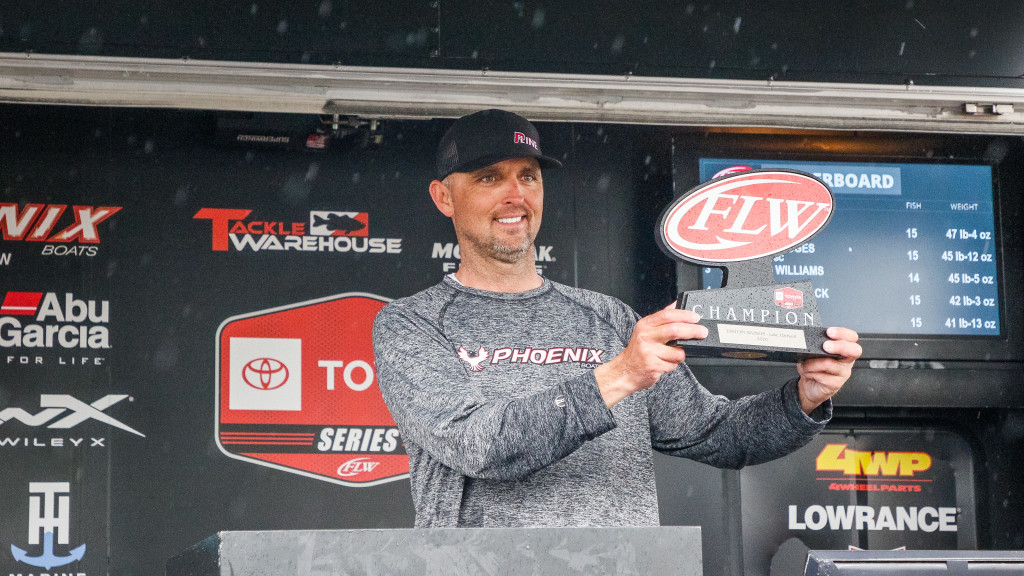 Marty Robinson saw his day-one lead drop from nearly three pounds to just 1 pounds, 5 ounces after day two. On Championship Thursday, though, the MLF Bass Pro Tour pro did enough to finish the job with an 11-10 stringer for a three-day total of 47-4 to edge out Derrick Bridges for the win.

With the win, the Lyman, S.C., pro earns his first Toyota Series victory and his third across all FLW competition.

Robinson said at the beginning of the event that he could sure use a win, if for no other reason than to boost his morale after a dismal start to his MLF Bass Pro Tour season. He certainly got that boost today.

“I haven’t been fishing bad; I just made some bad decisions that cost me in the tournaments,” he admits. “I was glad we had this deal with FLW now where I could go back home and fish the tournament at Hartwell. I just needed some time to go catch some spotted bass and get my head straight.”

He may not have gotten his wish with the spotted bass, especially on day one when he weighed in a bag of all largemouths that weighed 21-1, but he got the morale boost he was after with the biggest bag of the event. Hartwell is close enough to home that he was comfortable with how he would fish it, regardless of whether or not he considers it his true “home lake.”

“Even back when I fished the [Phoenix Bass Fishing League presented by T-H Marine] circuit a lot, Hartwell had always been a hit-or-miss lake for me,” he says. “I could cut a check, but it was the most confusing lake because there are so many patterns that will work on this lake and it fishes so big. Since then, I’ve figured Hartwell out a little better and understand what areas hold better fish and when. Like I said, this week, the first week of March, has always been my favorite time to fish Hartwell.” 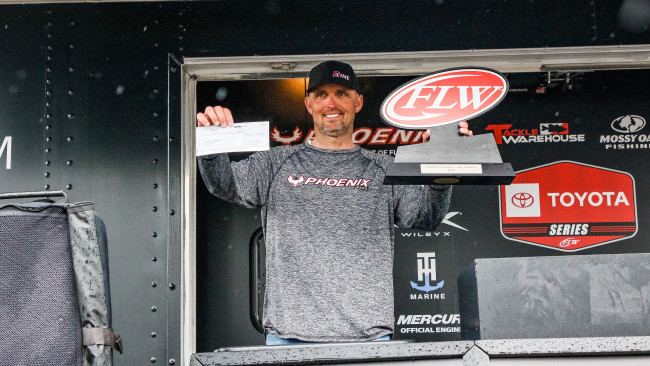 To get the job done, Robinson had to figure out which parts of his experience would play this week. The pattern he found did the trick.

“My main pattern was working the ditches down the lake first thing in the morning,” he explains. “I’d hit those with a 3/8-ounce Buckeye Lures Su-Spin and a 1/2-ounce Ballin’ Out jig with a Zoom Creepy Crawler in green pumpkin and get my limit. The bass would hang out in those ditches following the herring after the herring piled in there overnight.”

Robinson’s early-morning ditch pattern held out, just barely, through three days of fishing. He also used the same baits to fish a lot of the secondary points about three-quarters of the way back in the creeks. He found some better fish, too, including a 5-pound kicker largemouth he caught working a couple stretches of docks. Robinson found those fish hanging off the front of docks that had 10 to 12 feet of water off the front end. He didn’t have to fish under the docks due to the mostly inclement weather that moved across the area for the duration of the tournament and kept fish in the mood to roam a bit and not stick so tight to cover.

While working primarily tributaries on the Georgia side of the lake from Andersonville Island south to the dam, spotted bass began showing up in his bag on days two and three. The spots were mixed in with the largemouth and were hanging pretty close to hard clay and rock bottom, again in the 10- to 12-foot range.

“I managed to catch my limit in the ditches on the last day, but the bite was dwindling out,” he says. “I found out this morning another boat was fishing those same ditches, so I had to beat them up pretty bad to get a limit today.

Robinson had a little bit of a backup plan by moving midway up the Tugaloo River and working docks and points that helped him on day two and also helped him cull a couple fish on day three.

The MLF pro feels the sporadic wind and rain, which was moderately heavy on the first and last days, helped his fishing much more than the milder weather on the second day. He was not sure if cooler weather on day three actually hurt his fish as much as it seemed to hurt the rest of the remaining 10 anglers on the last day.

While the weather both helped and hurt his bite at times – and while other anglers may have griped a bit about fishing all week in the rain – Robinson isn’t complaining. 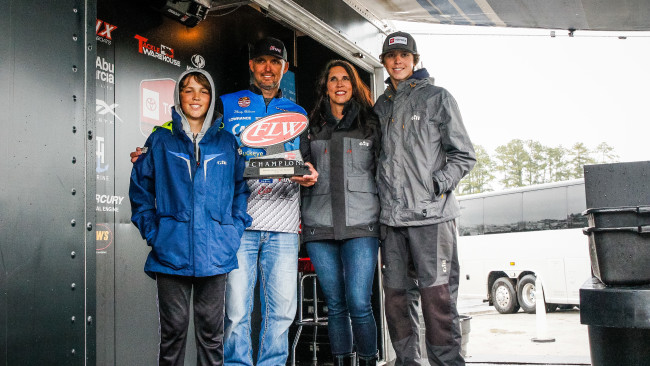 “The weather wasn’t ideal and today with the rain and all; it was downright cold,” he says. “The most important thing is I got heated seats in this Phoenix and that come into play. It kept my butt warm and my mind sharp. I’ll tell you something else: The boat ran great. That helps when you get there first and ain’t got to worry about nobody beating you to your hole. That helps a lot.”

After being sponsored by Skeeter Boats and Yamaha Marine for much of his pro career, Robinson made the switch this season to a Phoenix and Mercury combination and credits his Phoenix 920 Elite and Mercury Pro XS four stroke with helping him get this win.

As for the rest of his equipment, Robinson has very specific setups for the baits that helped earn him the victory. He used a Castaway Rods Taranis Carbon Extreme 7-foot medium-heavy rod paired with a Lew’s Custom Pro Speed Spool SLP(6.8:1 ratio) reel spooled with 15-pound-test P-Line fluorocarbon to fish the Su-Spin. He worked the Ballin’ Out jig on a 7-foot heavy Castaway Rods Invicta II casting rod with the same reel and line.

Robinson was thrilled to win at Hartwell in front of a very respectable mid-week crowd full of people who stood in the rain to watch the results. That number included his two sons Mitchell and Marshall, and his wife Iris.

“It was great to fish with a lot of my buddies that I grew up fishing against,” he says. “To me, this deal is a little more laid-back. I get to hang out with old fishing buddies I may not have seen in a while and we get to go out to dinner together and just have fun.”

Of course, it’s always more fun when you can get a win, too.