Warm weather could make for a good tournament 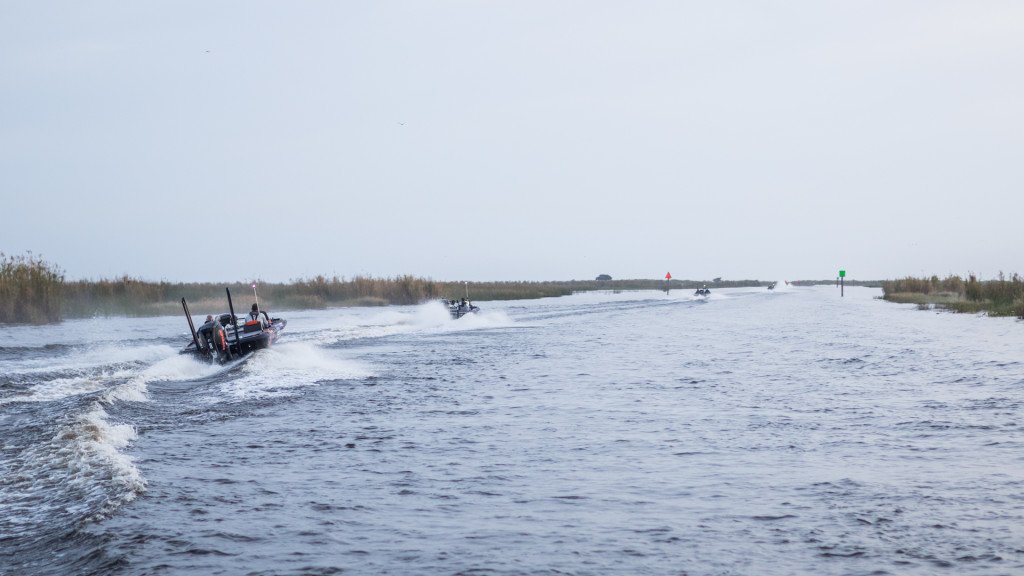 The second stop of the Toyota Series Southern Division is hitting Lake Okeechobee later in the year than usual for FLW. Typically, big, multi-day FLW events on the Big O go down in January and February, but this one runs March 12-14 and should offer a different look at the familiar and ever-changing body of water. 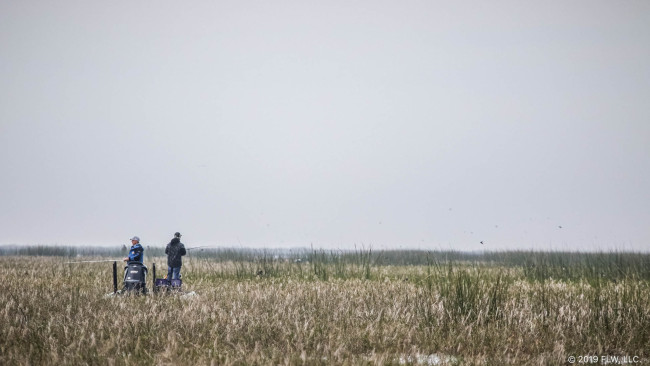 Other than the rim ditch that circles the lake and some offshore rock piles, Okeechobee is essentially a big bowl of shallow grass. Filled in the past with all sorts of grass, the current version of Okeechobee is mostly rimmed with a mix of reeds and eelgrass, with little hydrilla or other submerged grass and comparatively few mats. Still, it’s a daunting body of water that looks phenomenal – unfortunately, not every inch of it is as loaded as it looks.

Historically, anglers tend to cluster in the north and south ends, but that may change this time around. Because of this year’s mix of grass, a lot of the west side might be more in play than usual.

The bass are all Florida strain, which have a reputation of being finicky in the cold, and there is all sorts of bait for forage. Right now, the shad and bluegill spawns are starting, and there are plenty of tilapia along with other fish and critters for the bass to munch on as well. 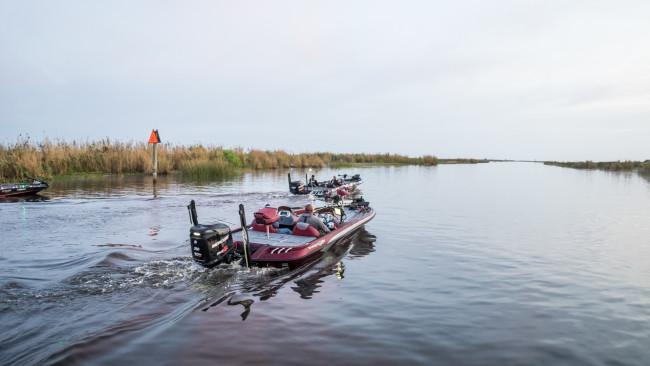 Wind early on in practice made big sections of the lake fairly muddy, which is usually a bad deal in Florida. But, things seem to be settling down and clearing up now.

Kyle Monti, a Bassmaster Elite Series Pro and guide on the lake, is as well positioned as anyone to know what’s up.

“It’s getting better,” says Monti. “The wind has stopped, and it’s gonna get better throughout the week I think. I fished Monday and Tuesday, and it was hard to move around and fish. [Wednesday] was good, and Tuesday was halfway decent in the afternoon.”

According to both Monti and Dylan McMillan, there’s a lot of eelgrass on the west side of the lake, and it’s cleared up a lot of the water there.

“That whole stretch is beautiful,” says Monti. “You go through there, and it’s crystal clear, even on the outside. I think it will spread the boats out. Without the hydrilla in Harney Pond, there won’t be as many in there as there used to be.”

One thing to keep in mind this week is how diverse the fishing could be. Because it’s later in the year than normal, there are likely to be a lot of bass in prespawn, spawning and postspawn modes.

“Right now it’s all three phases,” says Monti. “Three days ago the water temp was 65 degrees, and today it was 74 degrees when I left. And, the shad spawn is probably going to start in the morning, I saw a little bit of that going on today.” 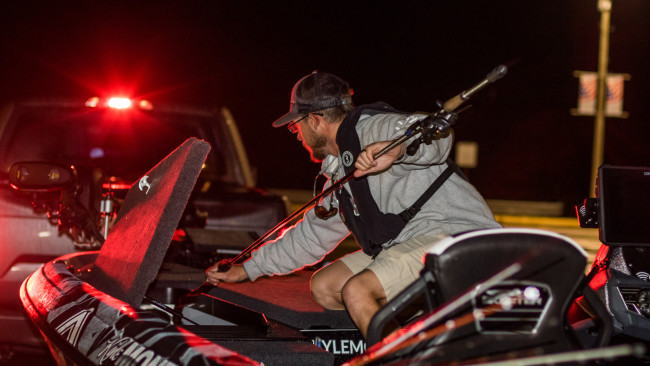 This year, Okeechobee has been less of a flipping lake than usual and more of a winding lake. So, swim jigs, swimming worms, and vibrating jigs should play pretty well. There’s also the possibility of some spinnerbaits and other real shad-style baits coming into action if a shad spawn is available.

Monti seems to think that winding is going to be the name of the game, but he’s on the lookout for changes as the week goes on.

“I haven’t done much as far as flipping goes, but later in the week it could turn into an outside reedline thing,” says Monti. “If it stays warm and they spawn today and tomorrow, they could pull back out and you could get on that bite.” 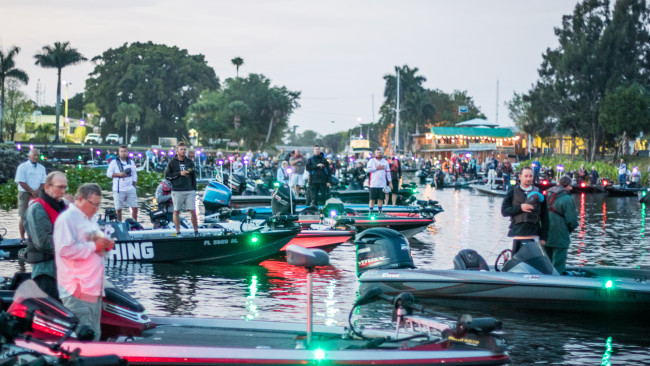 Though the weather is looking good, with highs in the 80s the next three days, the projections are mixed as usual.

“For a guy that’s not from here, it’s tough,” says Tackle Warehouse Pro Circuit angler Dakota Ebare. “The water is down, so you can’t run around everywhere, and that really makes it difficult to find those really good areas without knocking off your motor. It’s so big and vast, and there’s a lot of water that looks great, that’s no good.

“I talked to Brandon McMillan earlier, he drove by in his UPS truck, and he said that it’d probably take 20 pounds a day to win, which is pretty much catchin’ ‘em. I could see that.”

Keith Carson, a disciple of John Cox, says practice has been pretty tough on him and that he’s actually planning to fish for bedding bass.

“I’m seeing a few bed fish,” says Carson. “They’ve been pulling up, and they’re gone within hours. Yesterday I had some good fish on beds, some over 5, and I went to check them [Wednesday morning] and they were completely gone. And, their beds had turned to a dingy color – they weren’t even white anymore. Because the lake is so stirred up, all that sediment is settling on the beds very quickly. I might catch 16 pounds, or I might catch 6 pounds. I’m gonna try to bed-fish – it’s been really difficult, but if I can catch one or two females I’ll be really satisfied.”

Monti is of the opinion that the fishing could be really good. If it’s tough, he expects a winning weight around 54 pounds, but if it’s good, we could see a bit of a showdown.

“This year, if it’s warm and the wind’s not blowing it’s really good. But if it’s windy and cold, there’s no deeper hydrilla or good mats, so it’s bad,” says Monti. “They haven’t had a big, hard push yet. I think that’s what’s going to happen. If it’s like that, it’ll take 22 or 23 pounds a day to win.”